The Aftermath of My Article About Upwork Fake Jobs 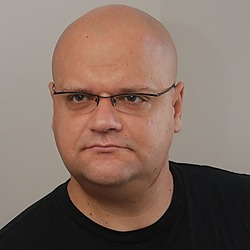 It has been almost a month since I asked a question on Hacker Noon: Is Upwork Posting Fake Jobs To Keep Freelancers Bidding?

So, what happened in the meantime?

Well, first of all, Upwork admitted that they indeed have a problem with the high number of fake jobs. Then, they offered an "explanation."

It's good to know that Upwork and not some "invisible force" was behind this problem. They created it. They solved it.

Now, I find it a bit difficult to buy their explanation. Why?

We did review the jobs discussed on this thread and found that they were actually created as part of an outside course by a client teaching other clients how to use Upwork. They were posted as a "test job"

C'mon! I mean, seriously?! There was a "client" who was teaching other clients how to use Upwork by posting "test jobs." I would've made the perfect sense to me and my fellow freelancers, if Upwork simply had said:

"Hey guys! It happens. You know how it goes in the freelance business. There are always fake jobs out there. This time, we had fake jobs more than it's acceptable. No worries. We're going to fix it."

But, you know what? I leave it up to you whether or not you're going to believe Upwork. There's something more important to be discussed and checked.

If you want to play your freelance game on Upwork, you have to pay. Bidding isn't free. You have to pay for every single Connect, you want to use in order to submit your proposal. It's totally understandable and justifiable to ask for a refund if it turns out you placed a bid on fake jobs.

Again, if you're asking me, and I'm sure that I'm not the only one, Upwork freelancers should be refunded if the jobs were canceled regardless of the reasons. According to Upwork's Terms, the only way for you to get a refund of money you spent on Connects is to prove that the jobs in question were fake and as such, in violation of Upwork's ToS. The trouble is that Upwork is both the judge and jury in this case. Only Upwork can say if a posted job is fake or not.

Luckily for freelancers, Upwork admitted that these jobs were fake and promised to refund freelancers as soon as possible:

The jobs have been taken down, however, we ran into issues with Connects being refunded for them. We have been working on a solution and will make sure the Connects are refunded by end of this week.

So, the case of fake jobs is solved. Right?

Upwork, Anything You Say Can and Should Be Used Against You

My dear Upwork, here's my friendly advice. You talk too much for your own good. Pay attention to the last line of the official explanation that according to Upwork fixes the problem:

I'd also like to reiterate that Upwork team doesn't post jobs on the marketplace without an intention to hire.

Why do you have to reiterate anything? I actually had to look up this lovely word in a dictionary. This line makes you ask more than one additional question.

First: So, Upwork team is posting jobs, isn't it? You just said and admitted it yourself. Interesting.

Second: The "intention to hire" is essential in determining whether or not a job is fake. I agree.

Conclusion: If you see a job posted by the Upwork team, you have nothing to worry about. They will hire you for sure. Wait? What? Upwork is posting jobs on Upwork. What for? Does this mean that Upwork has both employees and freelancers on their payroll?

My head hurts. Please, allow me to move on.

Why So Serious, Dear Upwork Community Gurus and Moderators?!

If I were to be accused of something stupid, I would laugh. You know how it goes. The more you defend yourself, the guiltier you look. That's exactly what happened to Upwork.

Upwork Community Gurus and Moderators decided that the offense is the best defense against one article:

It's true that I'm a terrible writer who's biased when it comes to Upwork. However, there's a catch. I don't twist facts!

I haven't made a single claim without proof, period. Prove me wrong! On the contrary, I caught Upwork red-handed with my article. Upwork admitted. Upwork apologized. Upwork refunded.

If Upwork wanted to post fake jobs, they'd not do it in such a dumb and obvious way.

Amen to that, sister!

And, there's more. Upwork censored my article "in such a dumb and obvious way."

Let people read and judge for themselves.

So, Are We Done With Upwork Fake Jobs?

I don't know. You tell me. Contrary to (un)popular belief I don't "run all over the Internet like a jilted lover vomiting hate." I'm just presenting the facts that can be easily verified.

Petra is obviously in love with that phrase. Otherwise, she wouldn't have used it more than once. I don't mind. Her comment about my so-called "writing" is my pinned tweet.

As a matter of fact, freelancers who're working on Upwork approach me with their problems and concerns. This is how my stories about Upwork are written, plain and simple.

Talking about stories, I'm already working on the new one. As always, I'm conducting my research thoroughly, gathering evidence, and verifying the facts.