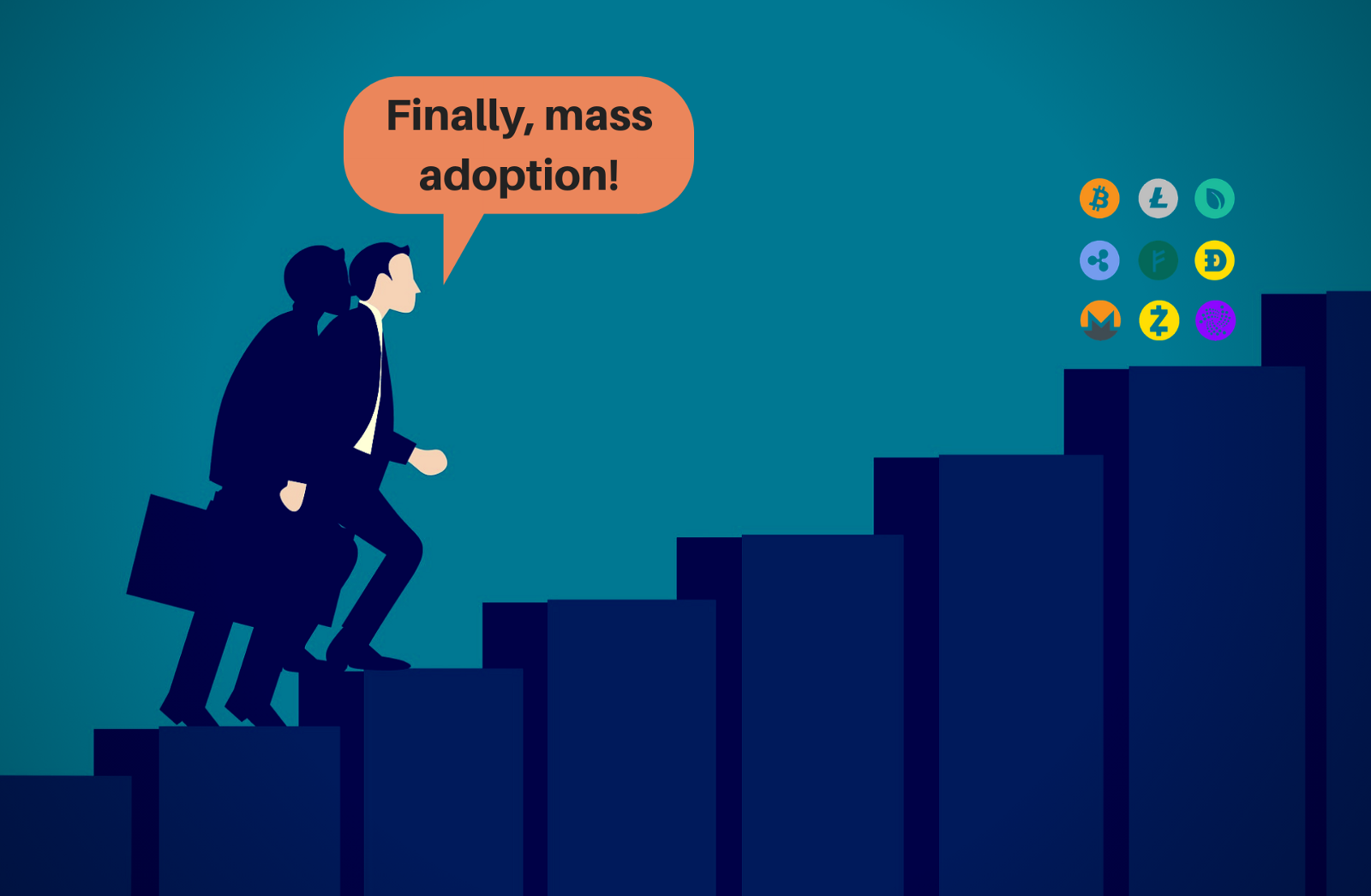 Blockchain and Crypto have been in people’s mind for a quite a while now. Almost everyone has heard about Bitcoin and many have even participated in ICOs. The technology promises to disrupt industries and to change life as we know it.

However, there has not been a blockchain project that reaches real mass adoption. Why could this be? If you think about it, a lot of money has been raised in the industry so it is certainly not a lack of funding.

Could it be the small period of existence? The Blockchain industry and the Internet are often compared. According to the history books, Tim Berners-Lee created the World Wide Web in 1989. Some of the biggest Internet companies we know today have been founded around 1994–1995 (Amazon, eBay, etc.) but it took them several years more to reach mass adoption. To be accurate, there were 248 million Internet users worldwide in 1999. In comparison, ten years after the creation of Blockchain the number of people with blockchain wallets today is around 25 million. However, some individuals have several wallets so it’s safe to say that the number of unique blockchain users is around 20 million. In the same period of existence, there are 10 times fewer people using Blockchain than there were the Internet. If time and money is not the biggest issue, what could it be? In the next paragraphs, I will analyze what hinders adoption and take an educated guess on the future steps to reach it.

If you have been long enough in the space, you have certainly heard about the scalability trilemma. Currently, one cannot have Scalability — Security — Decentralization simultaneously. For example, Bitcoin and Ethereum were built with a focus on Security and Decentralization, however, it became evident that the transaction processing times can be extremely slow. Not to mention that the quantity of TPS (transactions per second) is far from VISA payments. Some people are reluctant to join the Blockchain movement as they fear expensive transaction costs and slow processing times.

It is worth mentioning that this issue is being addressed. Developer teams are working on scaling solutions such as Lightning Network, Proof of Stake, Sharding, Plasma and etc. Only time will show which is the most proficient solution but mass adoption cannot occur until the problem is solved. Once the majority can join without causing the system to break, more and more individuals will become confident in the technology and get involved. Solving scalability is probably the first step that needs to be taken. Blockchains won’t go viral unless they scale adequately.

Regain the trust of people

If we go back to the origin of Blockchain, it was meant to solve the problem of trust. After the financial crisis of 2008 people had lost faith in financial institutions and exactly then Bitcoin appeared with the promise of providing transparency, trust and decentralization. Ironically, in a recent survey carried out by PwC users specified Trust as one of the biggest barriers to blockchain adoption. Potential reasons could be the constant exchange hacks, scams and the whole bad publicity surrounding ICOs. In a sense, people still don’t trust the technology itself. Many are put off by the possibility of losing all their funds due to a private key theft/loss.

The question now becomes how to restore the trust in the space. A necessary step would be better ICO regulation. To put it differently scam ICOs should remain history and there should be clear legal consequences for those who try to screw investors. Fortunately, the issue is being addressed. ICO expert communities are being created in order to vet scams. Regular investors have become more cautious in regard to ICO selection. Several months ago Vitalik Buterin proposed an interesting model for ICOs called DAICO. Generally speaking, the concept implies that the funds raised are gradually released. Provided investors are satisfied with the performance of the team, they release tokens. If the team underperforms, investors can even decide to destroy the contract and get their funds back. Adopting the DAICO model could be a step in the right direction but so far ICO teams have been reluctant to use it. Governments are the ones who can regulate ICOs instead of counting on the teams to do it themselves which leads us to the next step.

Concentrating all your efforts and time on one project makes sense only when you can be certain some government regulation won’t destroy it. Unfortunately, this is not the case with Blockchain. Many governments have no official position on the topic and the ones that have are not 100% clear on the exact conditions. Individuals are reluctant to join the community as their decisions should be based on theories about regulation instead of fixed rules. In the worst case scenario, regulation could even lead to the failure of your whole endeavour.

For the purpose of reaching mass adoption, good and timely regulation is necessary. As the popularity of blockchain and cryptocurrencies increased in 2017, governments took a more serious position on the matter. Some countries preferred “business first, regulation later” whereas the United States favoured a “regulation first, business later” approach. Both options have pros and cons but it is essential to have a unified regulatory framework for blockchain. With this in mind, the G20 countries have started discussions this year and they have met several times. Unfortunately, no official consensus has been reached but it remains only a matter of time to have clear and unified Blockchain regulation. The more widespread the technology becomes, the faster governments will act.

Make it easier for people to use

It is human nature to follow the easy path and do what causes the least resistance. This is exactly the case with apps, websites and products in general that we use. In other words, everything based on Blockchain should have the same or better user experience than the current solutions. Not so long ago I tried to convince some of my friends to join the Blockchain movement. As soon as they heard how a MyEtherWallet transaction takes more steps than a Paypal transaction, they became sceptical. It seems like many people are not willing to put in the time to understand the technology.

What most companies should do is constantly improve the UX (user experience) and simplify the products. Obviously, this will take time but it’s an essential step for mass adoption.

Once Blockchain is scalable, regulated, easy to use and has the trust of people, the sky will be the limit.

Thank you for spending the time to read this article! I would appreciate it if you give feedback (positive or negative). Feel to contact me for questions or collaboration. 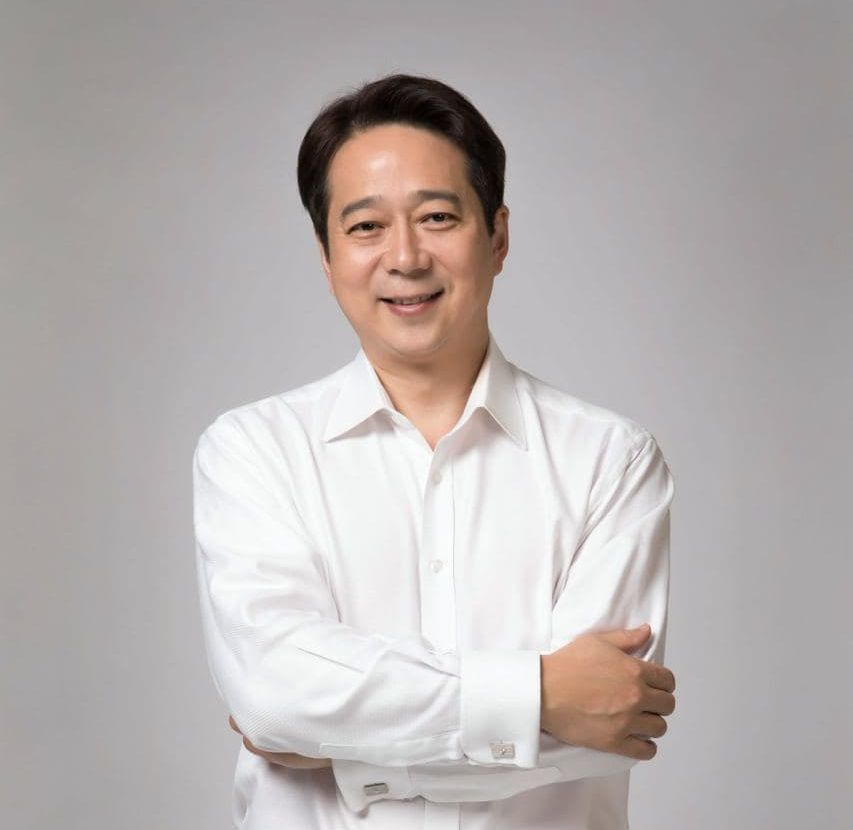