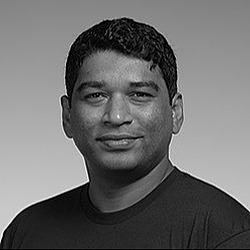 I made a new app/service that lets users summarize the deluge of info that comes our way every day. Its unambiguously named MakeMySummary.
After returning from a recent vacation I saw the 100’s of new items from blogs I follow, news aggregators, youtube channel subscription and podcasts. I was simply overwhelmed. So I put on my hacker hat and resolved to fix it.
First, I built a prototype that would summarize news articles by using just their URL or Text (essentially the same thing).
The second challenge was more demanding, summarizing youtube videos. It took a while to wrangle this but I was able to make it work.
The third was to make this app work with my existing toolchain of how I manage my incoming info. I had set it up all on autopilot in Zapier, so I made it work inside Zapier.
That was one long weekend well spent. Having spent all the vacation with kids and family, I could hole myself in my home office without remorse or strange looks from wife and kids. I looked like a ghost after my marathon hacking session. In the end, all was well, I had a working app that worked for me.
In the week that followed, I read thru all the summaries that the app generated and was able to get to the holy land of Inbox-Zero. Over 90% of the incoming media content is not useful, but earlier I would have to spend time to read it at least halfway or more to see that the article was totally useless or the video was not very informative.
I didn't have a name for the app yet, as it ran on my personal AWS backend. I searched the thesaurus to find a cool sounding name and checked for it with the domain registrars. No luck, all the cooling sounding names were already taken or were extremely costly.
Gosh!
Can you imagine USD 100k for a domain name! So I decided to make it dead simple and non-confusing, so I named it MakeMySummary, taking inspiration from Hugging Face :-), thank you Hugging-Face!.
So, I purchased makemysummary.com and made the app public here https://www.makemysummary.com. AI servers don't come cheap, yes they have free tiers and such but after that, the costs are very high.
Hence I put in a subscription plan using a payment processor that will charge in local currencies. Local currencies, because I have personally faced issues of exchange rate changes making the monthly subscriptions go up and down. I don't want others to have the same problem due to lazy thinking on my part!
Using MakeMySummary, you can at this time, do three things:
If you have any questions on the tech and other ideas on how this can be used. Please leave feedback on the app here (Opens a Google Form): https://www.makemysummary.com/feedback
Here are some examples of the summaries the app makes
Startup Molekule Is Using the California Wildfires to Sell Its Crummy Air Purifier — https://onezero.medium.com/startup-molekule-is-usi…
What Makes The Top 10% Of Founders Different? — Michael Seibel — https://www.youtube.com/watch?v=ZtfTOuSHGg8