Stripe valued at $23 billion and has no plans to IPO, says CEO 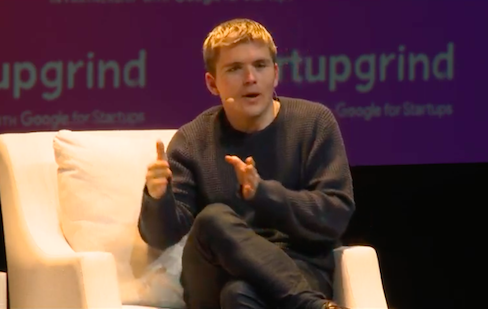 Collison discusses globalization of payments and his growing media empire

Startup Grind Global kicked off this morning with opening remarks by Stripe CEO John Collison in conversation with Ashlee Vance of Bloomberg Businessweek. What follows is a summary of key insights:

Been there, done that

“People tend to think online already happened and everything that’s already been figured out has already occured, but in fact in a bunch of countries, there’s a very rapid rise in digital money. The dominant behaviors and methods are changing. Ali Pay and WePay came out of nowhere and payment players are now winning the market, in China in particular. When we started out and were pitching investors in 2010, they were like, isn’t PayPal already fine? Isn’t this market already all figured out? I was presenting facts showing some 5% of global consumer spending takes place online today. We think that has an order of magnitude left to grow and we’d like to help get there as quickly as possible.” said Collison.

“There’s a really interesting phenomena of multiple hype waves of technologies before they actually catch on. There was a hype wave around cryptocurrencies in the 1990s with Nick Szabo’s Bit Gold in 1998 but only in 2010, 2011 did Bitcoin take off. Similarly, QR codes were the kind of thing that people were always wanting to happen and it didn’t, but now with iOS 12 native support for QR codes in the in the operating system behavior might change, like what we’re seeing with QR codes in Scooters.”

He later added that Peter Thiel of Founders Fund, one of the most successful investors in the consumer internet, was also known for saying there are no big ideas left and advised founders to persevere.

Is easy money a good thing?

In the cult of venture capital where size of the raise matters, Vance suggested a large raise could be seen as a sign of weakness and asked why at a $23 billion valuation, would Stripe take $350 million from the most recent raise. Why give away more of the company when it’s doing so well? Why take on all that extra pressure? He referenced Atlassian which profitable from year one tried to self fund and not take venture capital.

Collison replied, “Stripe is not done and we have no plans to go public. We’re still heavily invested in growing the business, investing in international expansion. It still feels like a startup, new products being created all the time. There’s still a ton left to do. We’re quite early in the the trajectory of how we will be pretty meaningfully changing how the online economy works.

All businesses tend to require some amount of initial capital before they get to reliable profitability and that can come from personal credit cards, from friends and family, or from VCs. There are much larger pools of capital available now. Whether VC money is right for you completely depends on the dynamics of the business and what the founder wants to do with it. There is an awesome company called Boom developing a supersonic airliner, probably will require a bunch of venture capital before they actually get to shipping and certifying a supersonic airline. It’s a hard one to bootstrap.

There are more options now for companies that want to do ambitious things as a private company. Elon and his endeavors with SpaceX is a good example of a company that 10 to 20 years ago would have been public by now, but not in this day and age. The second thing is that people have this market available to them of 3 billion Internet users that is so enormous, you have to ask yourself the question are all the interesting opportunities tapped out. Are all the products that need to be built, been built or will they be built by the Googles and Facebooks and Amazons. And the answer to that is so clearly no and so as a result of the fact that you can have a talented team of entrepreneurs and software developers build a company and ramp up to $10 million, 100 million dollars of revenue in pretty short order, that just really wasn’t possible 10 or 20 years ago because the market size wasn’t there. And I think that’s why you’re seeing the enthusiasm for seed funding that still exists. I think the return will show that it’s not mistaken.”

Vance asked whether Stripe “would take money from just anyone” and whether Collison had reservations about taking money from Tiger Global who is also the lead investor of Juul, an e-cigarette company that has been under fire for promoting teen vaping. An interesting question since Tiger Global has also invested in hundreds of non-controversial companies like Postmates.

Collison replied, “We do think about who’s investing in Stripe, and given that we’re building the company for the long term, who the right shareholders are. In the Juul debate, we definitely thought about it” He added that perhaps credit should be given to Juul for trying to make good faith efforts to stop teens from using the product.

With millions on its payments platform, Stripe has been quietly growing its publishing arm which now includes Stripe Press, Increment, Indie Hackers, and Atlas Guides. Beyond content marketing, Stripe is engaging its massive startup community in a dialogue on how to make their businesses thrive. Vance hinted at a possible announcement regarding Stripe’s further expansion into media.

Collison explained Stripe’s interest in the space, “I grew up in rural Ireland and I would not have had the opportunities that I did without just being able to kind of bump around on the Internet. You might not have access to knowledge or know the best way to to to operationalize a distributed database, so we want to do a better job of propagating this engineering knowledge into the wider ecosystem. We’re excited about this notion of growing the online economy and pushing forward economic progress through the tools and services that Stripe can create.”