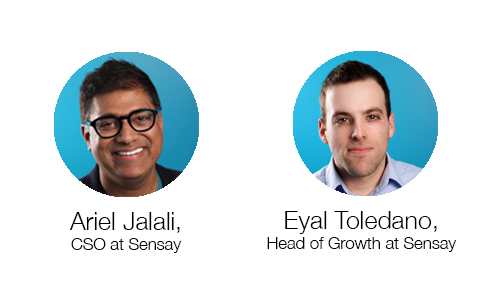 We hosted a lively AMA on Telegram on October 2nd to field your SENSE questions in real time and continue demystifying the SENSE token presale and sale. We’ve put together a few highlights as a reference.

Ariel Jalali: The best example of exclusive on-platform usage is provided in the whitepaper in the Day 1 functionality section. Knowledge attribution and knowledge access for data that originated on Github.

The platform is on a simple application basis?

Ariel Jalali: At a high level, we start with a hybrid Web 2.0 and Web 3.0 approach where the data API will be distributed and the token transactions will be decentralized. We plan to open source all components that a developer would require to build an app / bot on SENSE.

I want to know details of neural net of human data.

Ariel Jalali: Neural nets pertain to machine learning (ML) where training data is provided to a model to produce a desired / useful response. As we know the best neural nets need the best training data. However, developers, especially independent ones struggle to build user communities large enough to produce a critical mass of human training data.

SENSE intends to incentivize checking in of human data from the places humans have naturally contributed them e.g. Github activity on Day 1. Developers can attribute (/know) and access human data required to train their ML from SENSE via the Humans.ai API (/humans).

How is bad actor/free rider/hostile actions are mitigated on the platform?

Eyal Toledano: Each Sensay conversation contains a two-sided rating prompted when the chat closes. These ratings enable the system to account for good and bad actors relative to the user ratings they get over time and act upon automatically-flagged users who disrupt the network.

These types of mechanisms are continuously iterated upon taking into account the general design of Sensay in particular.

RE: Functionality of SENSE

It is of course great that people will be able to own and sell their data on Sensay’s network, but what about people not active there?

Eyal Toledano: Our idea is that Sensay will become the first application on a network of applications to integrate SENSE.

On Sensay, it will replace current closed loop coins to unlock a wide suite of features for users, including access to more knowledgeable humans, tribes, incrementing the value of open user needs by upvoting bounties and more. It will also become a means to attribute Sensay users’ knowledge and record it on the Blockchain. The Blockchain provides the ledger we call “proof of intelligence.”

A conversation that earns SENSE in real time can also earn it asynchronously when accessed again for another human application. In this way, everyone owns their data and chooses when to sell it — and benefits.

Will other sites/apps be able to implement SENSE for a particular use?

Eyal Toledano: The SENSE token is the mechanism of capturing value for knowledge and attributing that to individual, as well as compensating individuals, publishers, developers, and other platform participants for their efforts, expertise, and knowledge work.

There will be a fixed supply of tokens, and as the system gains broader adoption, and more tools (bots, dApps, apps) are deployed, the velocity of transactions will grow, driving demand, enabling the value to increase.

I got a question regarding the value of the SENSE token. From the Whitepaper it seems that users are rewarded with the tokens from their contribution, however what creates buying demand for the token?

Ariel Jalali: Our mission is that Sensay will build fundamental value for the new token by integrating SENSE into its platform and ecosystem, which may also connect users across other messenger apps.

SENSE will sit at the center of a new digital economy inside Sensay, driving demand and fundamental value for the cryptocurrency.

Its resulting value will enable the launch of an economic incentive mechanism within the ecosystem, allowing the growing adoption by developers, publishers, content providers etc, which in its turn will increase the value of Sensay’s ecosystem.

What encourage people to “buy” SENSE in the market (as I don’t need to use SENSE as a payment when using Sensay)? Does the token have any special usage?

Ariel Jalali: Yes, it is indeed true that users and developers can earn tokens via contributions to the network.

However, users are also required to spend tokens for exclusive on-platform usage and as the network grows, the demand for buying the token for these transactions will increase.

Think of this like publishing a free app on the App Store and monetizing via in-app transactions.

Thank you to our participants in this week’s AMA!