Security in the Digital Age: A Case for Blockchain Identity 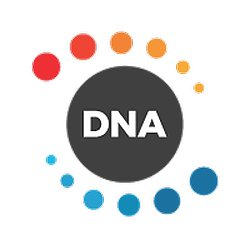 At present it is almost impossible to live our day-to-day lives without transacting online or using the internet for our social interactions. As of 2019 there are over 4 billion active internet users – more than half the world’s population – and worldwide the average person spends 6 hours and 42 minutes online each day.
Our hyper-connected society provides for huge growth in productivity, easier social interactions, and a reduction in the effects that distance and borders have on communication and finance.
However, this connectedness has come at a heavy cost. Now more than ever our personal data –identities, financial information, addresses, life events – is freely available to be viewed or even leaked online. But just as technology has provided a multitude of new ways for criminals and companies to exploit our personal data, emerging technology is also helping in the fight for our data sovereignty.
Here we explore how blockchain technology is empowering users to take back control of their online personal identities, starting with the flaws extant in current identity management infrastructures.

Where have centralized systems failed our personal identities?

Many users think little of entering their personal data into websites like Facebook, Google, Amazon, or even smaller and less established sites. Although many of these sites are considered relatively safe, once a user consents to their information being used by third parties they have little control over how it is used and stored.

Moreover, as data breaches can and do happen, our personal data can be stolen by criminals who may then use it to access our personal accounts.

This happens because the data stored on companies’ internal databases is most often siloed – stored in a single location and vulnerable to attack. At present, this ad-hoc approach to data and identity management is the best available solution to companies, as the internet in its current form lacks an adequate identity management layer.
This leaves our personal data open both to internal viewing by the staff of companies with whom we agree to share our data, and also at risk of being ‘leaked’ in a hack on the database.
Similarly, there are many instances where websites themselves are dishonest in the way they use personal data. One of the highest profile cases in recent years was the Cambridge Analytica scandal, involving the social media giant Facebook.
In early 2018, it was discovered that UK-based research group Cambridge Analytica had been compiling sensitive information harvested from individuals’ Facebook profiles for use in politically motivated advertising.
This scandal prompted a huge resurgence in the anti-trust movement, casting serious doubt on the assumption that internet giants had the best interests of their users at heart when it came to their digital identities.
As a result, many lobbyists and politicians called for tighter data protection laws, and many members of the public were left questioning how they might keep their online identities safe. More importantly, however, it helped to shed light on the concept of a ‘sovereign identity’.

What is a Sovereign Identity?

Essentially, a self-sovereign identity is one in which a user retains full control over every aspect of their personal data and how it is controlled or shared. Instead of the siloed information users freely give to third-party sites at present, sovereign identity management solutions would verify an individual’s credentials without them needing to share all of their personal details.
This concept rests on the assertion that our digital identities are a valuable asset, over which we have fully sovereign ownership. As a result, the misuse or unauthorized use of our digital identities would constitute a violation of an individual’s self-sovereign property. Many companies walk a blurred line between the fair use of our digital data, and overstepping their usage rights.
In the European Union, stricter data protection laws such as the GDPR legislation introduced in 2018 have added greater protections to our personal information.

Despite this, there are no widespread solutions in place to protect our digital identities online and as a result, companies, advertisers, and researchers take advantage of our identities as we navigate the web.

But blockchain is putting power back into the hands of users and restoring their control over their own digital identities.

How can Blockchain Safeguard our Digital Identities?

A self-sovereign digital identity is a concept made possible through blockchain-based identity management, although to date there have been few projects to successfully deploy such solutions.
Using the cryptographic principles underlying blockchain technology, we can for the first time prove ownership of a user’s digital identity through mathematical proofs.
In practice, means that a digital identity stored on a blockchain cannot be forged, as it would not be validated by other network participants. Likewise, as each user holds the private key to their digital identity on the blockchain, no personal data can be sent or shared without its rightful owner signing the related transaction.
It may at first be difficult for the average user to envisage their digital identity being stored in a single address on the blockchain. Instead, it’s easier to use a concept many users are already highly familiar with – digital avatars.

The Metaverse Avatar – the Future of Blockchain Identity Management

Avatars are ubiquitous on digital platforms – a digital representation of a particular person or entity. These avatars are often tailored to look like their owner in real life, but even if they are not visual in nature, avatars serve as personal data repositories which can interact with their digital world.

Now, through blockchain technology a new type of avatar can be proposed – one which uses an individual’s digital identity to hold assets.

To provide a symbol of users’ online identities, Metaverse has created the ‘Metaverse Avatar’. These digital representations of real individuals can act as self-contained digital identities, enabling interactions with blockchain based services and assets.
For example, an Avatar on the Metaverse blockchain may represent a single real person, an individual machine in an IoT system, or a corporate entity.
Although blockchain protocols like Bitcoin have provided a pseudonymous way to transact online, the reality is that most real-world companies require some data on their users or customers in order to provide their services and comply with regulations.
With a blockchain-based identity solution such as the Metaverse Avatar, an individual’s data is protected through zero-knowledge proofs and encryption, which allows the Avatar to reveal certain required information only with the explicit approval of the individual themselves and without sharing unauthorized personal data.
In conclusion, blockchain-based identity management solutions like the Metaverse Avatar will allow individuals to manage every aspect of their personal data with ease and confidence, delivering a long-awaited functional identity layer to the internet for the first time and facilitating a self-sovereign model of digital identity.
***
Built on three core blockchain pillars: Security, Scalability, and Interoperability; The Dualchain Network Architecture (DNA) by Metaverse.
Learn more at: http://mvsdna.com
Talk to us on telegram: https://t.me/mvsdna