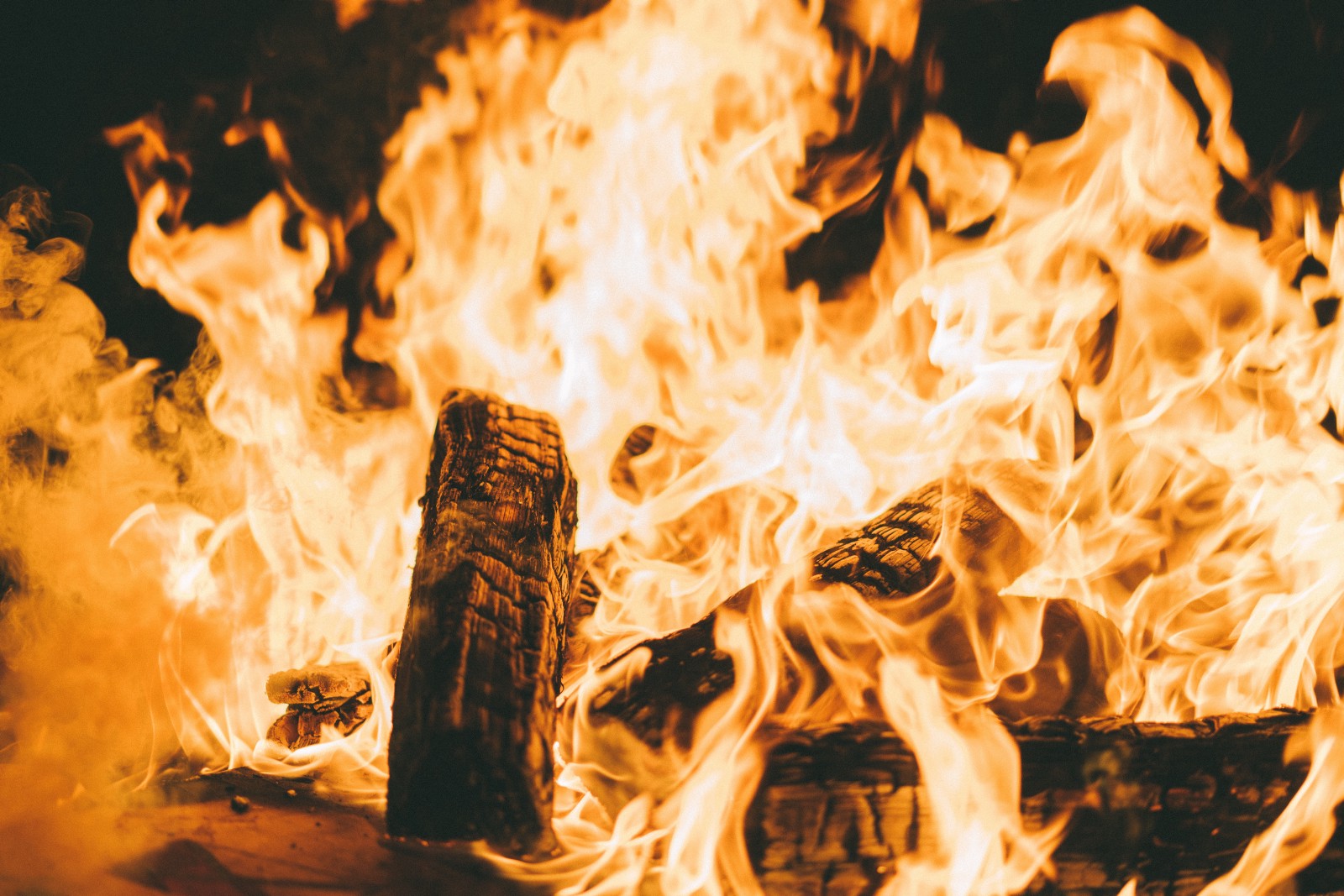 ICOs have taken a battering in recent months. Just by writing this article I tie myself in with a model that is now synonymous with ‘scam’. The problems are well-trodden. Project teams exploited them to raise capital quickly with no ability to deliver upon promises. Funds sprung up to take advantage, able to secure lucrative bonuses with little to no restrictions on selling. Exchanges charged outsized fees to list new projects, knowing that projects had both the resources and incentives to make a deal. Investors late to the party lost, and lost big.

This has obscured that the ICO is actually an amazing thing. It took crowdfunding to a new level, smashing the records of platforms in existence for far longer and which lacked many of the barriers to entry that ICOs did. Kickstarter, the most popular global crowdfunding site, has raised a total of $4.1bn since 2012. EOS raised that by itself. Crowdfunder, listed as one of the larger equity crowdfunding sites, has raised $150m in its history. Seedrs, one of the most prominent UK based crowdfunding platforms, raised £300m from inception to the end of 2017. IndieGoGo has raised $1.5bn since launch.

ICOs, by contrast, raised $13.7bn in the first half of 2018 alone. It is worth mentioning that a large amount of that would have been recycled ICO funds as people flipped from one project to the next, but it is still a significant amount.

This is worth noting because it highlights the extent to which ICOs unlocked a latent desire for capital deployment. This probably has roots in the wider global asset boom of the past decade, and was likely also a result of a desire to recreate the success of Bitcoin and early ICOs such as Ethereum. It is easy to forget, but even when ETH sat at $8–20 around the time of the DAO hack, ICO investors were already sitting on 3000%+ gains.

The model for success was already set. Do a big premine, hand a whole lot to a small amount of individuals and then hopefully the team will do some work. Indeed, you can arguably trace a lot of the problems that came to afflict ICOs back to patterns set by Ethereum and other early ICOs.

These problems include the duration of fundraising, investor protection and the regulatory issues they ran into:

1. One round of raising

There are few other forms of equity raising which put everything into one round of investment. Traditional investing takes place over a series of rounds. This happens for good reasons; it limits investor downside if the project isn’t viable whilst protecting the team’s upside (their stake in the company) and leaving them with more control. It also means the team isn’t handed a blank cheque; they raise enough funds to get them to the next stage, at which point they can look to do another round of investment raising and so on.

Most ICOs opted instead to do one big round of raising. This left investors vulnerable, but it also prevented many teams from doing subsequent raises. Some of the best projects held comparatively small raises. This has subsequently hamstrung them, leaving them with few options for alternative capital raising.

The common argument is that premines aren’t overly different from the limited number of people who were aware of Bitcoin when mining first started. This is fallacious but there isn’t the time to cover that here. Although I disagree with some of the points they raise, Hasu and Arjun Balaji cover the differences in launch here.

Not only did many teams gain the power of one large round of raising, they also handed themselves a large chunk of the tokens and didn’t tie equity of their company to the token. This left investors exposed, giving them little more than the word of the team and some marketing to back up their investments.

It makes sense for something like Ethereum to not tie tokens to equity. However, other projects aiming to form more conventional companies took on the same characteristics. This was an ill-suited adaptation. ICOs don’t make sense for normal companies to do (with some exceptions).

Despite the efforts of teams to make it clear that their token did not represent an equity/security, regulators varied in their acceptance of such an argument. A regulatory crackdown was inevitable, as tokens and ICOs were undoubtedly being used to circumvent investment regulations. Teams flew as close as they could to the sun, with many inextricably tying it to existing or promised business operations. Simply tacking up some legalese as a footnote does not extricate you from that.

This was a big problem for many teams, as they had foregone anonymity and many had commenced operations in jurisdictions with a harsh regulatory climate.

Much like the DAO, ICOs are an interesting idea implemented poorly. Unlike the DAO, this has not been confined to one mistake but has instead seen the same mistakes replicated by hundreds if not thousands of different teams. Most of these have been a result of greed.

The staggering amounts raised by ICOs at the top of this article should be seen as much as a failure as a success. It saw investors, in their desperation to get their money into anything that resembled a crypto project, pour millions into ideas that should never have been funded.

Ultimately this saw them cede all power. Teams set more and more lopsided terms, desperate to take as much money as they could whilst also taking all the upside of the token supply they freely generated simultaneously.

ICOs remain an effective means through which to raise capital but to redress the power balance they could be improved by changing many of the ways they are currently run:

These can be pre-set to when objectives are hit, at specific times (e.g. 18 months later) or as and when the team requires them. This is a means to replicate team dilution. Teams could start off holding 90% of circulating supply, selling a small amount to early investors. With each new fundraising round their stake will be reduced as new tokens come onto the market (to safeguard early investors the non-team accounts could receive an airdrop equal to their stake, as well as being given preferential access to invest more).

You don’t need it. Raising too much can be as dangerous as not enough. Raise what you need, convert most of it post ICO to fiat. Don’t take on the responsibility of being a fund too. You’re raising to implement the idea you sold investors on, not to make yourself rich or play the markets. It is the height of irresponsibility to gamble with raised funds (and those teams who actively trade their own token deserve a spot in Dante’s nine circles).

If you’re raising money from investors, you can produce a monthly or quarterly report showing where those funds went, the individual holdings of teams and other such basic statistics. Many teams state how many tokens a team hold but they should also indicate holdings for each of the five largest shareholders, as well as clearly separating funds dedicated to marketing, sales, salaries etc. Roadmaps should be updated with burn rates and planned hires. Team wallets should be clearly marked and labeled, with any large movements explained ahead of time. This is not asking for a lot. Alternatives include independent foundations or DAOs, but these bring problems of their own.

At first glance this flies in the face of the previous point, but the two are compatible. One of the biggest risks projects face is regulation, an external problem that is hard to ‘fix’. Anonymous teams or those domiciled in less regulatory harsh countries will have a significant advantage over their US or public counterparts.

It is eminently possible for an anonymous team to adhere to the transparency outlined above and they would also be natural contenders for multiple funding rounds. It is unlikely they would be able to raise much early on, but as they deliver over time investors can have more confidence in them and thus additional funding is more likely. And of course, if you’re anonymous and happy to flout regulations then this gives you significant regulatory arbitrage which means you can do stuff like…

Give claim to tokenholders on raised funds

Tying tokens to the assets held by the company will likely be the preserve of those with diminished regulatory adherence. However, one thing teams can do more of is promise to return what is left of raised funds to token holders should the project fail. If a company fails, token holders should be given rights on the funds left.

This is difficult to ensure, but most ICOs are run by people who care about their reputation and will likely continue to work within the industry. The social stigma of running off with investor funds, let alone the threat of legal action, will give stronger guarantees than what investors have now. This is by no means perfect as it is hard to enforce and hard to prove if a team is just spending money for sake of it, but it is a start. It also means the token inherently has some value, even if otherwise useless (of course, if it is a redundant token then perhaps an ICO isn’t the best fit to begin with).

Stop being an arsehole

90–95% unlocked bonuses aren’t cool yeah? You’re raising millions. Stop acting like some low-rent criminal. Many early investors are likely to be an early adopter and cheerleader. Do you really want to be exploiting people you need for your project to be a success? Introduce something like the Troll Bridge as implemented by LTO Network (although amend it to lengthen the vesting period).

Smaller does not mean worse

If you’re thinking that many of these changes will make the amount raised by ICOs smaller, you’re right. But is that a bad thing? There is no other form of fundraising which makes capital as easily accessible and where money is thrown at bad companies so rapidly. A little more restraint from teams in what they raise would not do a lot of them much harm. ICOs are not the correct model to raise capital for many companies. The changes above will not help if there is no need for a token at all.

It’s in the interests of everyone if we can improve how ICOs are conducted. The globally distributed desire for investing they unlocked isn’t going to disappear. Instead, it will be redirected into other opportunities such as that savior of the crypto world, STOs. Crypto investors are like those from the Fyre Festival documentary who not only got conned for the festival itself but then lost tens of thousands on the follow-up scam. Nothing changes with scams bar the façade masking them as legitimate. Many of those who exploited investors with ICOs will now be turning their attention to STOs. Best to fix ICOs before that bandwagon gets rolling.