Real life examples of blockchain disruption and what to expect next 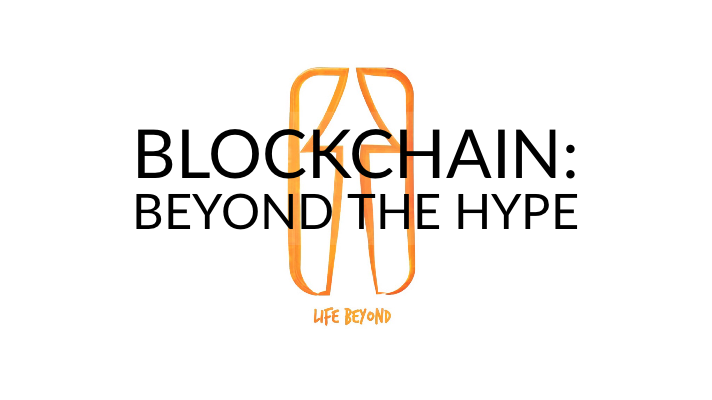 The creation of commons and the replacement of platform monopolies

It’s been 10 years since Satoshi published his paper that would change the world into the crypto-craze that we see before us today. After ten years with massive popularity, controversion and hype around the blockchain, what real world effects have we seen? And what will happen in the future when the technology gets more widely adopted, becomes more tried and tested and crawls out of the tech hype cycle’s ‘trough of disillusionment’?

A ramp-up and analysis of past and impending disruption and impact from blockchain technologies. A story of fixing for trust, and cutting out the middle men in favor of the commons.

The real life impact and change we’ve seen so far

People in the crypto community most often boast the potential and hypothetical merits and benefits from widespread adoption of blockchain technology at some indefinite point in the future. Critics point to a lack of documented, meaningful change in the real world today.

Let’s see what has really changed up til now, apart from a couple of people becoming millionaires almost overnight, others losing their homes and a few ferraris getting new owners.

Banking vs. Fintech
Let’s get the obvious out of the way. The financial sector was the first that was obviously seriously at risk of being thrown upside down thanks to blockchain technology. Likely logically frightened by the success of the Bitcoin and other block chain-based digital currencies, large private banks worldwide have already deployed their own blockchain integrations. Or started to bet on their own cryptocurrencies, often in consortia.

According to some a beautiful development, according to others an attempt by the powerful and unreliable giants to maintain their power and position. Meanwhile, central banks worldwide are also waking up to smell the roses, and more than one have begun their experiments in this atmosphere.

Point in case: Ripple partnerships
Ripple – the enterprise blockchain solution for global payments – has secured a good few major financial partnerships. In mid-November 2017, it announced a deal with American Express and Banco Santander whereby American Express customers in the U.S. could send noncard payments to U.K. Santander accounts via AmEx’s FX International Payment network and have them ultimately process through Ripple’s blockchain.

But it doesn’t stop there: even two central banks have already tested the waters with Ripple as well. Ripple partnered with the Saudi Arabian Monetary Authority — the central bank for the Kingdom of Saudi Arabia — to test instant cross-border payments over blockchain among domestic banks in the region. In 2017, Ripple successfully completed a proof of concept with the Bank of England.

Land titling in Sweden
Land titling is still a low-tech affair in most countries and the transactions are susceptible to forgeries and counterfeit. Often the process involves heavy paperwork, leaving room for error or counterfeit.

To reduce irregularities and counterfeits and increase transparency, Sweden started experimenting with blockchain to put its land registries on. The country started its experiments in June 2016, and to date it has successfully completed several stages of experimentation. Sweden is expected to have their blockchain land registry system in place by 2019.

Land titling in India and Estonia
This development is not limited to Sweden: to improve transparency and decrease property disputes, the government of Southeastern state Andhra Pradesh has already successfully recorded more than 100,000 land records using the blockchain technology. Estonia is also well underway with a comparable blockchain land registry.

Supply chain management: Maersk, IBM and Walmart
From the get-go, supply chain management (SCM) for the logistics, retail and e-tail sectors looked like a prime candidate for disruption by blockchain technologies. Many parties are involved in shipping: from the manufacturer, exporter, and consumer to customs departments of different countries, stores and end customers.

Tracking of freight loads and packages is crucial to the parties involved. Blockchain would allow parties to closely manage the distribution system, and the digital signatures used in the freight tracking would make it difficult to label inaccurately or to tamper with records. However, for disruption of supply chain management the problem lay in creating a business case for a ledger that is not necessarily owned by any one partner.

How would anyone be able to obtain a positive ROI from investing in a blockchain solution for SCM?

Medical records in Estonia & for the American CDC
If there’s anything you’d want to have stored, accessed and shared in a safe, trusted and controllable way, it’s medical records. Recently, cybersecurity company Guardtime has created a keyless entry system based on blockchain technology. It was adopted first in Estonia.

Guardtime’s invention has created a cybersecurity wave that is now being used to protect all of Estonia’s medical records. It’s proven to be one of the first uses of blockchain for health — and is, likely, far from the last.

Stateside, there’s also the example of Gem. With the goal of giving patients control over their medical records and genomic data by using a blockchain solution, Gem has partnered with the US Center for Disease Control and Prevention to experiment with using blockchain to monitor infectious diseases.

Far from giving you an extensive list here, I just wanted to show the four sectors that have seen the most real world effect up until now. If you want more examples of blockchain disruption, check out this compilation by Bernard Marr:

30+ Real Examples Of Blockchain Technology In Practice
When many people think of blockchain technology, the first thing that comes to mind is Bitcoin. But in the last several…www.forbes.com

What kind of disruption can we expect to see soon? First, it’s important we acknowledge that after the hype, the boom and relative bust, soon we can expect to see more and more signals of real, meaningful change and positive value being brought at macro level, as a consequence of blockchain implementation and adoption.

In the Gartner hype cycle, last year, blockchain was depicted as heading head first into the trough of disillusionment:

What this basically shows is the hype is over, and now we’re likely to start seeing the true value blockchain technologies can add to the world. And then as almost a loose illustration to that, what value they will bring financially.

But what are the spaces where we can expect to see the first and the most of this positive impact and financial value?

Blockchain is expected to be a 2 Trillion market by 2030 (up from 2.5 Billion USD last year). Greater global and market-wide emphasis on security, decentralization, efficiency, and personalization are helping to drive that opportunity.

Beyond fintech, numerous start-ups are building applications to leverage blockchain technology in healthcare and supply-chain management as we have seen above. There are also ample examples of blockchain in insurance, advertising, autonomous vehicles and transportation, IoT, clean energy, content creation and distribution, and more.

John Licata uses data from Statista to show in which industries we can expect to see most financial growth from blockchain applications:

For Wall Street, there’s big opportunity beyond Fintech
Expected Industry Growth Over the Next Decade May Lead to Greater Blockchain Business Value to Take Note Ofmedium.com

Redistribution of the profits from data

In my personal view, and as I have argued before in my extensive analysis ‘Becoming Blockchain Batman: Getting Rich and Saving the World’, blockhain technology offers two often overlooked essential and new capabilities for humans to organize their world: a new way to back our belief in a currency, and a way to make centralized and privately owned platforms for the distribution of information redundant.

The thing that these two capabilities have in common is the following:

Blockchain is about a new way to organize trust: away from centralized institutions and toward global peer-to-peer systems.

Being as we’re living in a highly digitized world where data can be considered the new gold (dust, not necessarily bars), and considering blockchain technology was built for and on top of a digital environment, it stands to reason that the main value society will be seeing in the short to middle term is a redistribution of the profits from collecting, analyzing and distributing data and information.

Two areas where we might be seeing some serious value growth, both financial and intrinsic, are blockchain-based identity management and social media platforms.

Blokchain for Identity management
How many username and password combinations do you use on a daily, weekly or monthly basis? How many private companies and public institutions collect, store, use and sell your personal data? Now what if all of this could be turned around?

As ZFort group writes here, in The Startup:

“In a nutshell, using blockchain as an identity management solution allows the user to take control of their own data. By controlling and tracking how their information is distributed, citizens are able to pick and choose who they opt to provide their information to.”

A great example of blockchain identiy management seems to me to be Civic. From cryptomorrow:

“Civic, a […] digital identity management platform works by collecting various user identifying information and passes them through a government agency or third party identity verification service depending on the country the user is located in or hails from.

The system then collects a cryptographic hash and stores it in the blockchain while erasing other personal data from the servers.

Users can utilize the hashed information to authenticate in order to use another service. […] Once the hashed data is stored, even hackers or intruders cannot get the data unless if there was a way to decrypt the data.”

10 Projects in Blockchain-based Identity Management
Security, privacy, and usability of data and information are at the core of concern in a data-driven world. Whether you…www.cryptomorrow.com

Blockchain for Social media
A lot of people have been writing about how Blockchain technology may affect the attention economy, myself included. About how we might be witnessing the “dematerialized” world economy now being decentralized, as Harvard Business Review reports here.

But if the monetizing of attention is mostly done via social media platforms; are we witnessing the start of the disruption of that pillar-become-scourge of our everyday modern lives, social media?In this space, keep an eye out for Synereo and Steemit:

Synereo vs Steemit
Disrupting social media and the attention economymedium.com

The rise of the commons

What we can expect to see in the future, in essence, is this: Blockchain mainly povides an opportunity for the creation of commons and the replacement of platform monopolies with collectively owned, decentralized solutions, as Alex Tabarrok argues here and as Vitalik Buterin has been saying on many occasion.

Ultimately, in a few decades we will look back and be able to see that many of the services that used to be privately owned but were geared toward a public use, will be managed by decentralized organizations we know now as ‘commons’.

And hello to commons.

I greatly value and thank you for your attention. That’s why I try to bring value. I mainly write about and at the Life Beyond. I’d love it if you would let me know how you valued this article, by clapping or in the comments below.

Finally, if you know anyone who you think this article might be valuable for, please share it. 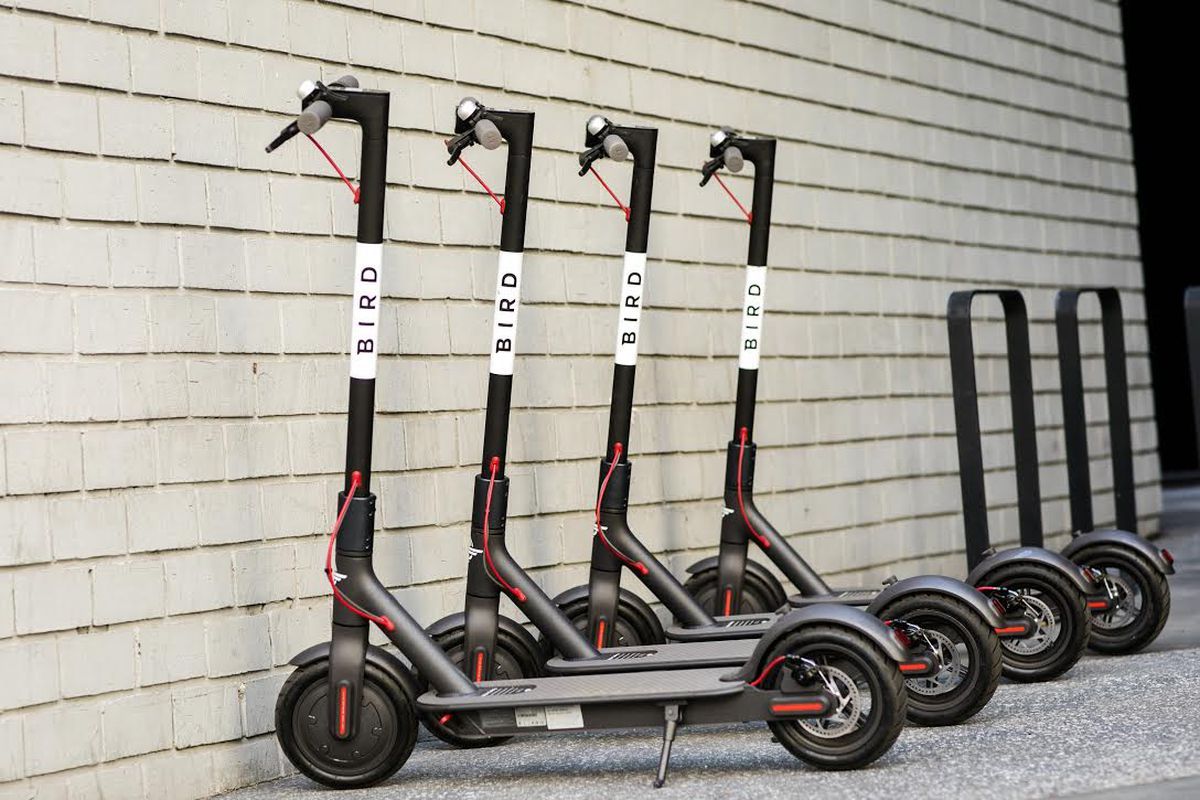