Product is the King: How Ukrainian Engineers Are Creating Home Security Products 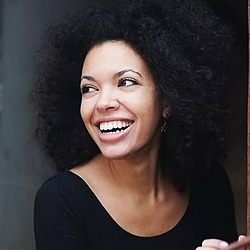 Doing PR for Ajax, the most award-winning wireless security system in Europe.

5 years ago, Ajax Systems were making 4,000 devices per month. 2 years ago, 30,000. Now we make 250,000. Our Kyiv team has managed to create competitive security systems, which are successfully sold in more than 90 countries worldwide. Global trade fairs recognize Ajax devices as the best on the European market.

$10 million of attracted investment from the Horizon Capital fund was an important achievement of 2019. The largest private equity fund bought out the minority stake of the preceding investor, SMRK, and part of management shares. That’s actually a precedent for the Ukrainian startup market: successful exits are quite rare.

On 23 January 2020, Aleksandr Konotopskyi (CEO) shared our success story in the Ukraine House Davos, tongue-in-cheek. Read how we created "Apple of security systems" and manage to compete with the world's most well-established manufacturers.

Some Money for Cakes

Ajax is an IoT company. We develop and produce security systems: different types of motion detectors, fire detectors, etc. We are a heady mixture of R&D and production.

My business started with distribution when I was studying at Kyiv Polytechnic Institute. Back then, it was not obvious that IT was on the rise. I was an ordinary guy, who just wanted one thing: some money to buy cakes.

At that time, a good business meant buying something in China, bringing it to Ukraine, putting a high margin — at least 200%, maybe 300%, and selling it.

I was an ordinary guy, who just wanted one thing: some money to buy cakes.

It was 2008, and I was 21. My friend was looking for a home security system. We couldn’t find a suitable one in Ukraine, so we bought a system made in China.

That’s how we began our business with China. In 2009, at the beginning of the crisis. Ukrainians could not afford European products, so they needed something good and cheap. That’s how the Chinese systems were perceived.

Everything was great for first three months. But then we started to notice problems with the Chinese technology — the equipment exploded, people had problems with sirens. The business went down.

I was very brave and not very smart. So I decided to launch R&D and develop our own security systems.

I had a couple thousand dollars that I earned on distribution. We hired several students. The highest salary was around $400. We had a QA engineer, who was also a courier.

It took us half a year to introduce the first system. Since I used to be a distributor, I had sales channels. I had a clear vision of what was wrong with the Chinese systems and what I had to improve to make a good product for the Ukrainian market.

In 2011, about half a year after the development began, we started production without any experience in electronics production. If anyone asks me today if that was a stupid idea, I’ll answer: “100%!”

Why did we do it ourselves and did not cooperate with China? Because we compared the margin and understood that we can make at least +30% of the margin with our own production.

We introduced the product. For a couple of years we were selling systems to security companies, installers, etc. on the Ukrainian market. Business started growing, everything was fine. I became quite rich: I had $600 to buy a ticket to China and see how everything happens. At that time, my distribution business was developing in parallel to production.

I became quite rich: I had $600 to buy a ticket to China and see how everything happens.

I flew to Shenzhen and was very worried. In my head, the Chinese production was on top, and I was somewhere near the bottom. I was looking for mechanical arms, automatic assembly of devices. But in Shenzhen I saw that security systems were assembled by the Chinese workers manually without any automation or people in white coats. It was a primitive assembly business at a factory with 600 people, with about 20 employed in R&D. There was no technology, just assembly.

Lure Businessmen from around the World to a Toilet in Kyiv

In terms of technology, I was not actually impressed. But I was very impressed with the way the Chinese did business. I came to a meeting and saw Canadians leaving. When I left, Swedes were coming in. I went to the next meeting, and there were Italians, Georgians… People from all over the world came to Shenzhen to spend their money. It really inspired me.

Once I was in a toilet. Another man came in. I said:

– I am Nilton from Brazil, – he replied.

– And I am Alex from Ukraine. — What do you do for a living, Nilton?

– I work in distribution.

At that moment I realized: I want Nilton to pee in Kyiv.

I didn’t understand why my product was worse than the Chinese one. I saw not a single reason why we couldn’t go global.

I was very inspired. We had $15,000 in the corporate account and could spend it. So I booked a global business show in Moscow in 2013. It was supposed to be the first step in our international expansion.

I came back to Ukraine and learned that while I was traveling, production faced various problems. That was very disappointing, as I was going to create a global company, and production and R&D problems did not help. Besides, using a QA engineer as a courier was not a good idea.

A couple of months later, we arrived at our first international fair in Moscow. The result was not bad. It was horrible. I lost $15,000 and got zero leads. No one was interested. Except the people who collect paper to make some money.

I realized: while you’re in the local market, you have sales channels, and doing business is easy. But when you come to other markets with local production and sales channels, the product should be 10 times better. You can’t be just 30% better than your competitor.

We decided to start all over again, studied the weak spots of our product. Spent three years to build something new. We introduced a unique wireless technology that was patented in the US, developed a product design, all the hardware and software. For three years we were engaged in local sales in Ukraine, while developing a new product. Because the product must be the king.

The product must be the king.

Sales in Ukraine were really high. We decided to come back again and fight for the global market. We addressed the SMRK fund concerning venture investment and received $1 million. It was a very important step for us. In 2016, we booked a show — this time not in Moscow, but in Las Vegas.

Selling security systems in the US with a Russian accent was not the best idea. We felt our product was good, but the US market was much more saturated. Also, when you watch TV in the US, you see the news reporting on corruption and other things in Ukraine.

We realized that we might not be successful in the United States, because of being far away. But we already came to Vegas.

Those were some of the best days of my life. We were standing by our exhibition stand, and people from different countries, from Venezuela to Australia, asked: “The system is so good. Where did you guys come from? Germany?” We replied: “No, we are also from a European country, but a different one. It is called “Ukraine”. It’s a rising star, a new tech tiger. And you will hear about it very soon.”

Then we went to shows in London, Essen. We built international sales. Over the next couple of years we became the best security system in Britain, France, Russia, one of the best in the UAE.

In 2019, we made a deal with Horizon Capital, which is now our shareholder and a good partner. Our previous venture fund made a pretty good exit and made money.  I am very proud of this. In Ukraine, we have a culture of smoothie startups, when you get a fund, spend the money on conferences, and that’s it. I hope the exit for Horizon will be as successful as it was for SMRK.

“The system is so good. Where did you guys come from? Germany?” We replied: “No, we are also from a European country, but a different one. It is called “Ukraine”.

For the powerful self-developed technologies inside our system and stylish design, users and media often call us “Apple of security systems”. I really enjoy it as I admire this company a lot.

Last year, we manufactured about 2 million devices. This year, we plan to double the figure and make 4 million.