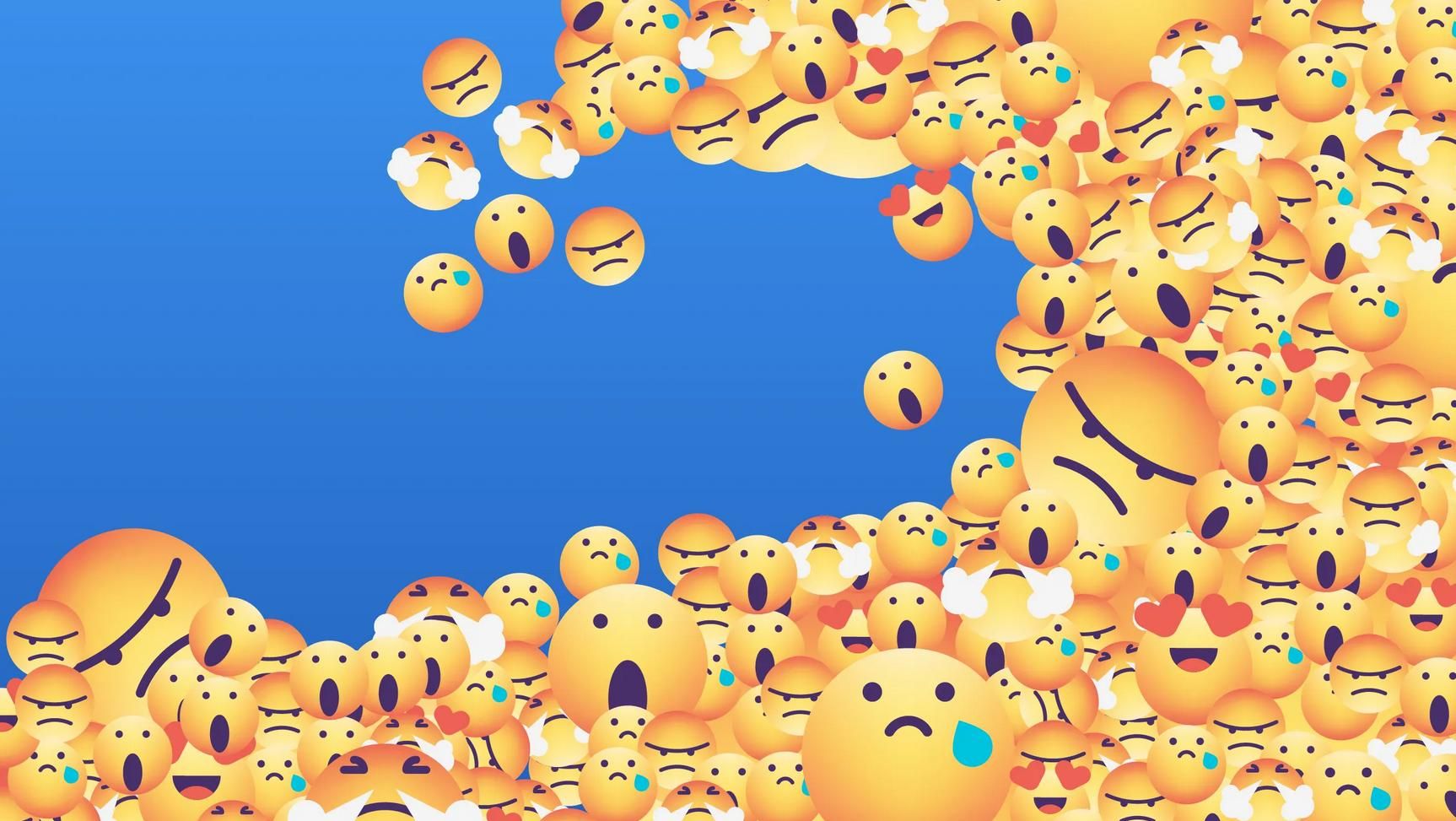 Online communication is undergoing a tidal shift as various groups and communities seek to relocate to more private and more secure messaging platforms. There are multiple reasons for this, such as simple personal preferences. But the main event triggering this shift was WhatsApp’s decision to alter its Terms of Service in a way that caused privacy concerns.

WhatsApp geared to change its rules for data collection, claiming it was mostly for business-oriented features. The chat app does not plan to change the actual privacy characteristics of conversations and messaging. Despite their intentions and the real changes, a user exodus still happened, half-based on rumors and on the fear of an app that could snoop on data.

The issue with WhatsApp caused a movement to boycott it and move to other chat apps.

The trend may accelerate, as the user agreement changes came in force this February 8. The Facebook-owned app was also tainted by the impression of aggressive data harvesting. Even metadata can threaten security, especially for sensitive persons or information. The issue goes beyond personal privacy concerns.

After the new WhatsApp rules came into force, the European Union also united around the need to curb the collection of metadata and ensure privacy as a basic feature. However, the stance of EU governments allows for some forms of tracking, mostly for fraud and crime prevention, as well as for general traffic statistics.

Users still have a desire for stronger, more rigid protections than are being offered by EU regulation. Blockchain projects go a step further, centering on personal safety and anonymity, with no centralized entity to demand data.

The rationalizations of WhatsApp are still ongoing, and it’s early to know what comes out of the situation. But the rise of subscriptions to alternative services point to a new niche — for neutral, confidential chat apps that are not aggressively attempting to collect data. We looked at three potential alternatives to WhatsApp, all arising from the blockchain space.

The opportunity may be just ripe for blockchain-based, decentralized startups to take up the niche. The evidence is just rolling in — the Session private messenger is already counting over 50,000 active users, doubling just during the month of January, and influenced by the WhatsApp debacle. For now, the user count for Session is still in the growth stages, and far from the massive followings on legacy chat systems and social media. But the users joining are making up one of the biggest chat communities for a blockchain startup.

Session is a next-generation private messenger with a fully decentralized infrastructure. The signup process does not require phone number verification, returning to the days of fully anonymous accounts. To route the messages and ensure privacy, the chat app uses the Oxen network, a blockchain and token-based project which emerged a few years ago as one of the promising startups dedicated to privacy.

Session is straightforward about its goal to “send messages, not metadata”. Unlike big tech firms, Session has no plans to collect, use and analyze the datasets generated inevitably by user behavior. Instead, Session delegates its chats to a decentralized network, onion routing all chats anonymously through a distributed collection of incentivised nodes. Unlike many of its competitors, Session also doesn’t require a phone number to sign-up — instead generating a unique and secure Session ID for all users.

But Session and Oxen rely on much more than end-to-end encryption. The Oxen protocol built a network of staked nodes that support the network, relying on distributed machines. To attract node operators, the OXEN digital asset serves as an incentive and reward for securing the network. OXEN uses the well-known CryptoNote technology, the very same used by Monero for veiled, confidential transactions. So beyond the chat encryption, all Oxen communications can remain undercover. Oxen is an open-source project with an invitation to builders, possibly becoming a vector for confidential connectivity. The OXEN asset, used as an incentive to trade, has already climbed to $0.85, following the positive trend of altcoins this year.

Session has the advantage of being an early mover with a completed chat app. The idea of Oxen is to make its protocol freely available, so anyone can utilise the libraries and development tools that power Session. Oxen suggests anyone can build  — for example — a corporate chat similar to Slack, while using their best secure technology. Session took this a step further, by already onboarding users as an alternative to established apps.

Oxen has also developed Lokinet, a well-developed standard for private browsing. Lokinet makes sure the chat data is routed through a system of nodes, where no one node knows the entire path of the message, thus raising its security and confidentiality.

The advantage of Lokinet is that it can carry and route multiple protocols, including TCP, UDP, ICMP. Once Lokinet is fully implemented inSession, it will be able to offer both live calls and chat, but also high-traffic items like video. The network level on Lokinet goes beyond traditional onion routing, and is more capable of carrying demand for media-based communication.

Deep Onion is one of the already well-established crypto projects dedicated to confidentiality. DeepOnion (ONION) is a well-known privacy coin with a real use case in both economic transactions and communication.

The DeepOnion project combines The Onion Router (TOR) protocol at the native level, combining it with proof-of-work and encryption for sending coins anonymously. The initial goal of DeepOnion was to improve on the idea of Monero and similar coins, creating anonymous addresses and tools to send coins that cannot reveal a user’s identity, not even their pseudonyms.

So far, DeepOnion does not have a dedicated chat app. But the project has a basic messaging function, which can send out encrypted messages alongside confidential transactions from its wallet. However, TOR-powered confidential messages are only a basic opportunity. DeepOnion is still not attempting to expand its products and introduce the chat app to replace usual channels of communication.

Sylo goes a step further from the ONION crypto coin. The project built a wallet with the aim of creating “smart money”. But alongside the payment system, Sylo envisioned apps, storage solutions and communication. The Sylo network is geared to carry secure chats and calls.

Sylo uses its proprietary system of nodes, incentivized with fees for each transaction similar to other blockchain networks. The decentralized group of nodes also provides computing resources, without known and centrally-controlled data centers and policies. This feature, inherent to blockchain networks, ensures that there are adequate, shared resources provided by a grass-roots organization.

The presence of confidential blockchain networks and systems of nodes can be censorship-resistant, especially in the cases where participants provide their own node hardware, instead of relying on cloud services.

Sylo uses the Signal protocol to sign its messages, ensuring state of the art end-to-end encryption. The open-source protocol also allows for chats and videos, as well as file transfers.

As of 2021, the WhatsApp change of terms triggered multiple chat projects to start offering alternatives. This only adds to the movement to Signal or Telegram subscriptions. The new blockchain-based projects also stand as an alternative to Zoom, where end-to-end encryption is now a paid addition.

Despite the initial appeal of WhatsApp for its encryption features, its metadata continued to expose users to potential data leaks or scams. A blockchain will not collect and store those sensitive data. But the app can build an accurate user profile, using simple but sensitive information - location, chat duration, the time of messaging, as well as connections to other easily identifiable users.

Encryption and anonymity have always been a central interest and an almost perfect use case for blockchain applications. The exposures of chat systems that gather the data of billions of users will only accelerate the process of building alternative channels and networks.

Related Stories
Subject Matter
Download Mysterium VPN - First 20 GB streaming FREE by @Mysterium Network
#promoted
"The Billions Flowing Into DeFi Tokens Come From Greed and not Belief in DeFi" - Mohanned Halawani by @ks.shilov
#blockchain
Meet Magister Ludi: The Process By Which Validators Are Chosen on the Free TON Blockchain by @freetonhouse
#blockchain
What Is It About Blockchain That Seduces Normies: An Analysis Through Free TON's Lens by @nonamec3po
#blockchain
Decentralizing The Internet: The Hitchhiker's Guide by @nich
#decentralized-internet
DINO (Decentralized In Name Only) Vs. True Decentralization by @paul-arssov
#decentralized-internet
Make The Most Out of Your Portfolio With A Q DeFi Rating by @anton-dzyatkovskii
#blockchain