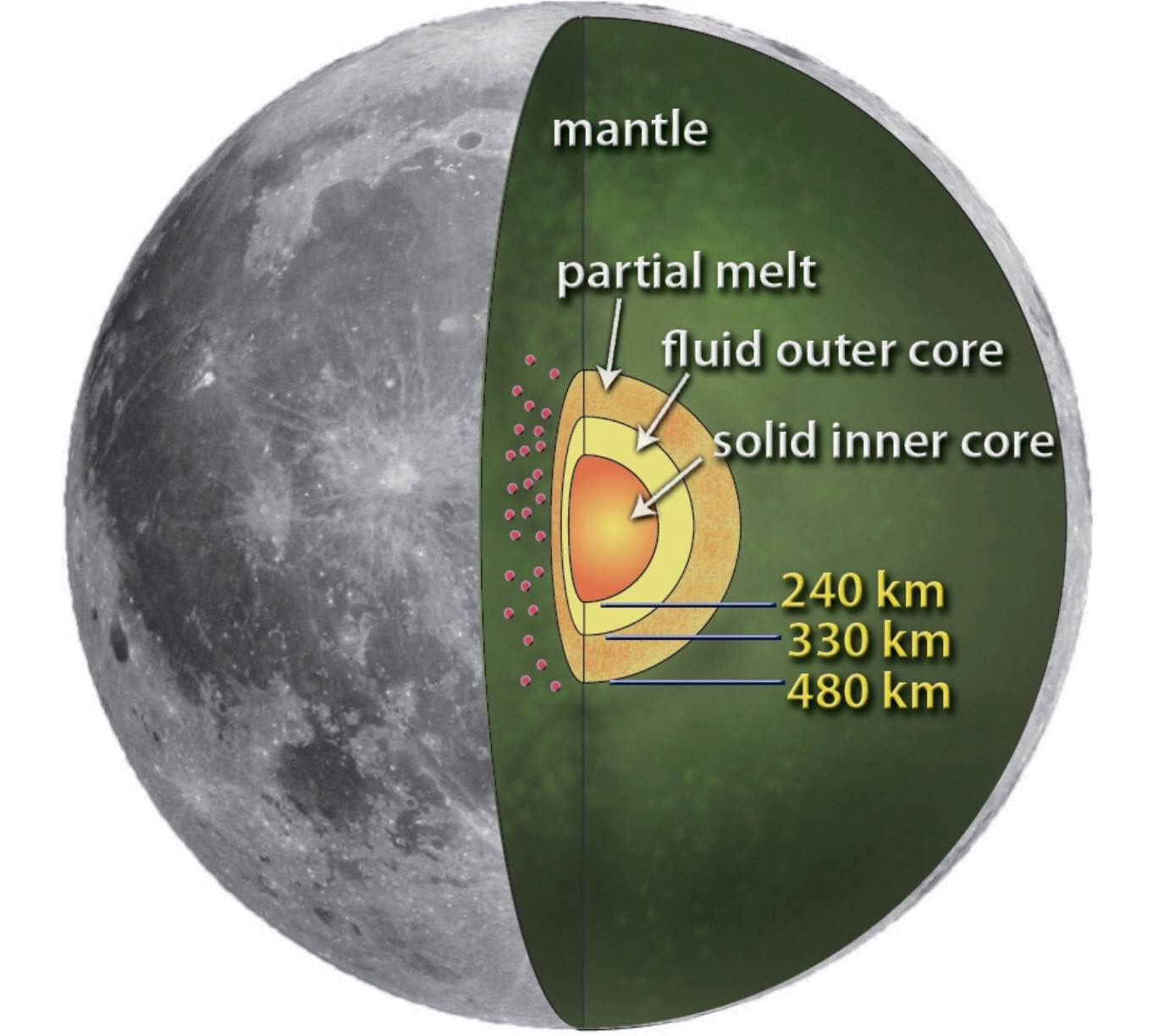 There is a popular theory that the Moon is hollow. But by hollow, they don’t mean empty. When I first heard this theory, I burst out laughing. The Moon is just the Moon, right? This is a funny theory.

Here is the current mainstream description of the moon’s composition (figure 1). NASA and many scientists say the Moon has an Earth-like core. But the moon has a mass of only 1.2% of the Earth while being 1/4 the diameter of the Earth. So that is not entirely the same. Our Moon is light for its size.

The latest evaluations claim the moon has a solid steel inner core. But according to NASA that solid core is only 150 miles in diameter. The rest of the core is pure conjecture. But even if they are right, the moon has the smallest core of any planet or moon in our entire solar system.

Outside the core is the largest region of the Moon, called the mantle. The lunar mantle extends up to a distance of only 50 km or 31 miles below the surface of the Moon. Scientists believe that the mantle of the Moon is composed of the minerals olivine, orthopyroxene, and clinopyroxene. But they admit this is pure speculation. It could be made of structures, a mesh of some kind. They just do not know.

Remember, claiming the moon is hollow is not the same as saying it is empty. That small steel core could be anything, including an energy source. I’m not laughing anymore. The big question is, what is that mantle made of really? And why is it so light?

And then there’s the crust that rings like a bell. This was discovered when Apollo astronauts sent their lunar landing module crashing back into the Moons surface so they could test the artificial earthquake with monitoring devices they had left behind.

So the next big question is, does the Moon’s crust have a steel base that rings like a bell? If so we have an artificial moon — a moon that is positioned perfectly to help life on Earth. A Moon that creates a perfect eclipse of the sun. We need to have another look. Perhaps the Chinese can check for a back entrance and give it a knock.