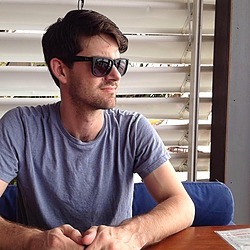 The first half of last year I built my first SaaS product. Things were going great. I was able to get featured in a few notable publications and had a modest debut. Although small, the trajectory was heading in the right direction. I doubled my traffic by spending the last few months of the year working full time on Novelty. Until things broke and… Well, I might be forced to pivot or quickly iterate on development once again.

This was my first side project, and consequently my first failure. It makes sense in hindsight why this project failed. My wife even called it!

Novelty is a marketing platform for Etsy sellers. It hooks into Etsy’s API and allows you to create Facebook Ads using your products. It started as a side project. I wanted to build a web app, hook up Stripe and throw it up on AWS. Mission successful! What I didn’t realize was the main feature (Ad Creative and Analytics) was easily replicable. Something a large tech company like Etsy could implement within weeks. And they did. Last month Etsy released Facebook Ads features within their Shop Manager.

This is a clear sign that I should immediately pivot to something else. The only way I can compete now would be to heavily iterate on development, essentially offering a better way to run Facebook ads… As a bootstrap engineer/founder, my chances look slim…

I’ve given it some thought and the best way forward is to essentially put it on autopilot. I don’t mind paying the server fees, but I will stop running all ads. I’ve also stopped coding new features. I will continue to market my product as a better alternative to Etsy and Facebook Ad managers but plan on doing this part-time. I’ve started to pick up freelance work in the meantime to help supplement the cost of this 7-month experiment.

I am definitely going to start a new side project! What this experiment has taught me is that SaaS is hard, but more importantly building products is fun! I have a new found respect for how difficult it is to build something that sticks.

So what do I have in mind for my next side project? Well, I own built.withetsy.com so might start a community-based site for Etsy Entrepreneurs. A place for them to share their story. That might solve the problem of retention I was having. It also might be a nice area to cross-promote Novelty. I’ve also been quite interested in blockchain and domain arbitrage. So I will most likely begin testing different ideas around those two subjects only to see what interests me. I like to constantly dabble around the edges, simply a way to stay up to date on modern tech.

Adtech is hard! It takes a lot of development time to push out good marketing software. I also ran into all the usual pitfalls of most tech products… For example, onboarding and retention were hard. Users would get to the site and didn’t know what the hell they were supposed to do. I’ve since fixed these issues but there were countless times I tirelessly marketed my product only to find out that users were dropping off due to bugs in the code. There are so many moving parts when it comes to SaaS/Adtech and it’s imperative to get as many as you can steady before you launch.

Moral of the story

Should I quit and start something else? Soldier on? Let me know by commenting or emailing me! alex@getnovelty.com

Originally published at www.alexdaro.com on January 4, 2018.