Harnessing the Power of AR: Projects That Make a Big Difference 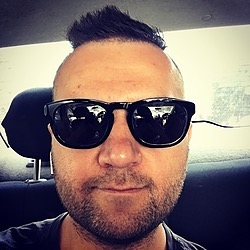 You’ve probably watched all those amazing videos showing the power of augmented reality (AR) and how it takes both routine and complex things to the next technological level. Blended with artificial intelligence (AI) and data science, AR has already turned operating theaters into spatial computing environments where surgeons are guided by overlaying holographic representations of organs they operate on.

Originally, AR technologies have penetrated the game dev space (just like VR) and turned the industry upside down with highly-addictive and engaging games like Pokemon Go and Ghostbusters. Just like pornography was the key driver of the broadband Internet a couple of decades ago, AR is driving Web 4.0 forward.

What was once considered as a purely game dev technology is now gaining traction across different industries and niches as a cutting-edge tech that can impact a broad range of functions, from HR and recruitment to retention and loyalty to business growth and branding, etc.

While developers are still looking for ways to create convenient and classy AR form factors that would look as elegant as Google Glass and have the power of Magic Leap (at least) and make their AR solutions as safe as possible, both established brands and startups are already investing heavily in building AR devices and applications. There’s barely a single tech powerhouse out there that isn’t creating own AR solutions from scratch or adding AR features to enhance existing products.

“AR comes with many unknowns. Designers who work on AR projects have a role of explorers — they experiment and try various approaches in order to find the one that works best for their product and delivers the value for people who will use it,” says Gleb Kuznetsov, AR designer, in an excellent article on Smashing Magazine.

To answer the question of what AR solutions provide the most unique and unparalleled immersive experiences beyond gaming and healthcare today, I’ve reviewed a few existing apps and gadgets and fleshed out the most interesting and meaningful ones.

Planner 5D is a Lithuanian startup that has built an easy-to-use home design tool enabling anyone to create floor plans and interior designs in a matter of minutes without any specialist skills. Powered by AI, VR and AR technologies, Planner 5D has generated over 80 million custom user designs for home renovations, from wall colors to flooring materials to room dimensions, as well as new furniture, and decorations.

Planner 5D, which is like Sims for real-life home design, is one of several companies that’s taken advantage of Apple’s newly released ARKit 3. It’s not just a piece of furniture on the screen overlaid with real-world scenes; the whole interior design project is embedded in the offline world.

Why it matters: this launch is an example of a credible use case of AR technology that will disrupt interior design and real estate industry in the long-run as people are enabled not just create 3D floor plans with the help of the tool but to visualize their interiors and even walk inside them.

Planner 5D’s AI-backed feature of turning a 2D blueprint to a 3D floor plan is pretty unique. I’ve done some research but failed to find any other apps for amateur or wannabe designers that would allow to easily modify 2D to 3D and then turn 3D to augmented reality without any coding or designer skills or knowledge of AR and VR development kits.

I’ve reached out to Alexey Sheremetyev, CEO and Founder of Planner 5D, and asked him about what’s so unique about their app. That’s what he replied:

“Our technology is unique because Planner 5D's neural networks were trained by a dataset of over 80 million tagged interior design plans, made by our users since the company’s creation in 2011. People from all over the world create plans for real-life conditions; the diversity and complexity of the projects are infinite. These plans are endlessly training our neural networks, and Planner 5D solely owns the resulting dataset. No other companies in the world have a similar amount of user-generated interior designs.”

What’s interesting about this project is that albeit being a startup, Planner 5D showed the world “it’s not afraid to take on corporate giants like Facebook and Princeton and filed a lawsuit in June 2019 for copyright infringement and trademark misappropriation under the Defend Trade Secrets Act and California’s Uniform Trade Secrets Act”. Princeton researchers allegedly stole from Planner 5D website 5GB worth of data, containing more than 2,500 models and 45,000 scenes. According to Bloomberg, “[then] the data made its way into the hands of Facebook, helping it help further its developments with the Oculus technology”.

According to the company rep, the lawsuit is in a pre-trial stage at the moment. No further commentary was provided. So let’s follow the case to see how it’ll be resolved in the future.

One of their solutions for Construction 4.0 leverages big data to create an immersive environment for excavator drivers. As a matter of fact, modern excavators are based on intelligent computing systems capable of capturing and processing significant amounts of data and show them to the driver on display for better efficiency. The issue is that it typically takes drivers quite a while to read, interpret, and execute the data-based instructions. To make this task a breeze for excavator drivers, Holo-Light joined forces with the Technical University of Munich, Fritzmeier Cabs, MTS, and Vemcon for a collaborative AR project.

In it, all data available to the driver is fed into an AR app and presented in the form of easily comprehensible and vivid holograms which are displayed in the real environment where they’re needed. It’s possible thanks to a satellite-supported smart tracking system that can determine the exact position of the excavator, its rotation, moving parts, etc.

As the Holo-Light website says, “One can place the digital data very precisely at the desired locations, so that, for example, when looking directly at a pit, an excavator driver can see how deep and how wide he can still dig and where the excavator arm can swing.”

This AR-based approach allows to significantly minimize or completely eliminate cases of data misinterpretation as a result of human factor. One more indispensable benefit it provides is spicing up a day-to-day routine for drivers by adding AR-enabled gamification and fun.

To me, the uniqueness of this project is in a symbiosis between different types of organizations (commercial and educational) in different industries (telecom, high-tech, manufacturing) for the purpose of creating a truly useful solution that can be used across different business domains to shorten the learning curve, speed up operations, and increase overall efficiency and cost-saving.

American global aerospace, defense, security, and advanced technology company, Lockheed Martin has introduced AR glasses fitted with an app designed specifically for aviation engineers. While assembling vehicles in these glasses, technicians can see holographic instructions on how to make a necessary connection or fix an error. This AR solution was deployed by NGRAIN that crunched the numbers and estimated that thanks to this technology, workers spend 30% less time on task execution while task accuracy increased by a staggering 96%!

One of the most unusual ideas that’s an excellent fit for AR implementation is immersive journalism, i.e., a form of journalism production that allows the first-person experience of the events or situations described in news reports and documentaries. It creates a sense of "being there" for laymen and offers the opportunity to engage with a story personally, as it puts an audience member directly into the event.

TIME media house that’s world-renowned for its TIME magazine published since 1923 has recently introduced TIME Immersive, a new way to experience journalism. Available in Google Play and Apple App Store, this immersive app brings regular TIME stories and reports to life by harnessing the power of AR and VR. The app allows users to immerse into a historically accurate recreation of the Apollo 11 moon landing in July 1969.

“With Landing on the Moon, TIME is building on its decades of trusted and authoritative space reporting to tell this story in a brand new way, just as we have done in previous projects such as our Emmy Award-winning documentary A Year in Space,” said Edward Felsenthal, TIME editor in chief and CEO.

With this AR app, the company “hopes to use the skills of its reporters and visual journalists to bring news-related content to users in a new way.” In essence, the app aims to foster a deeper connection between journalists and viewers.

To me, the uniqueness of this app is that it’s really based on the AR tech and not just 360 video and photogrammetry technologies that many so-called “immersive” apps mimic as AR.

Each new idea and development brings us closer to the future where we all walk around in AR glasses able to collect, analyze huge amounts of front-end and back-end data and visualize the analytical results in the most convenient way ever, i.e., like holograms overlaying reality.

Just imagine coming to a conference and being able to see the social profiles of all participants through your AR glasses. Wouldn’t it be cool? The truth is that such robust AR solutions already exist as beta products or prototypes, and once they go mainstream, they’ll catch on and become an ordinary attribute of our everyday life just like a mobile phone or a smartwatch.

And what about you – have you already harnessed the power of AR to create a truly unique immersive experience for users? Feel free to share links to your apps in the comments below!

Consider Your Distributed IT Team As a Product: Interview with Phil... 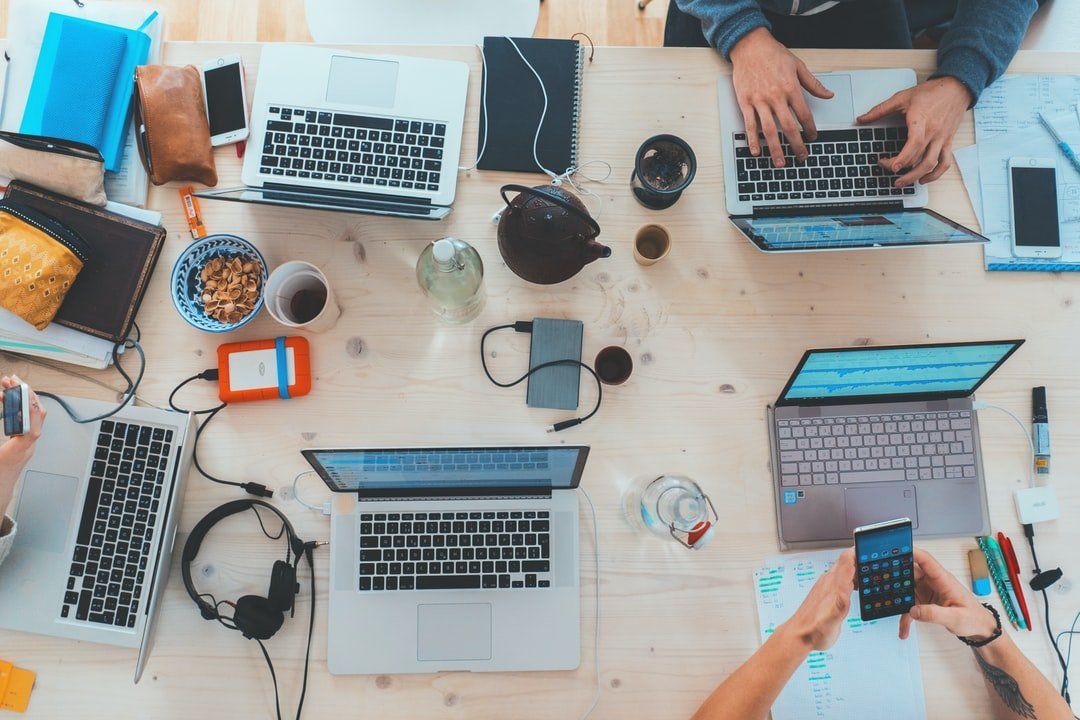