Mr. Ray Dalio - "You're Wrong. Again." Bitcoin Will Never Get Banned. Here's Why

Invariably, as bitcoin spikes and defies gravity, either up or down, the attention of institutional investors, central bankers and prominent financiers is suddenly awaken.

Always then, I write something to debunk the all too common flawed narrative and misunderstandings. Whether it was Warren Buffet before or Ray Dalio, their comments simply indicate ignorance of what Bitcoin is and what it stands for (please take note of the capital B because they do not).

One would suggest investing a couple of highly entertaining and educating hours to watch these two excellent award winning movies filmed by Untitled-Inc fellow Torsten Hoffman, Bitcoin the end of money as we know it and Cryptopia the Film.

Now, a few days ago another famed investor, Stan Druckenmiller, has disclosed that he also holds BTC.

Druckenmiller showed an instinctive grasp of what is driving
the bitcoin price, at least in the medium-short term. He has pointed out
that BTC “has a lot of attraction as a store of value to both millennials and the new West Coast money and, as you know, they have a lot of it.” He said also “if the gold bet works, the bitcoin bet will probably work better because it’s thinner, more illiquid and has a lot more beta to it.”

Spot on. And hey, hallelujah, this brings even more awareness to cryptos, more institutional interest and we are all happier.

Rather though, among the prominent — but (Bitcoin) ignorant — investor crowd, Ray Dalio recently said something worth noting.
Nothing new really — since it is mentioned from time to time — but
still something worth considering and disputing once and for all. 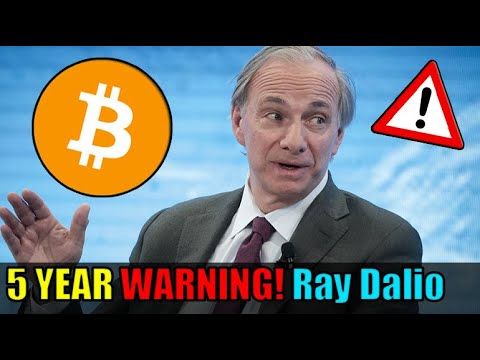 Hey bitcoiners watch out because, according to Ray Dalio, sooner rather than later “governments will “outlaw” bitcoin and other cryptocurrencies, should they start to become “material.”

No more playing bankers without banks, fellas. No more “holding your own private swiss bank account in your pocket” fellas — to quote former US President Obama.

Ray Dalio is one of the smartest investors around so, who knows, maybe he hopes that some cheap “terrrorism” will wash some weak hands out so he can do what his mates have done before him and buy some on the cheap.

But for the sake of it let´s assume that he really means what he says.

So my question to him would be: WHY then bitcoin should be banned? and
HOW? and WHAT the practical effects of that ban would be? Let´s see.

Why should bitcoin be banned?

Lets first start with the WHY, because if we clarify that there is no real
reason for governments to ever enforce a ban on bitcoin, then the HOW
and the practical effects of such ban are just abstract thinking.

I guess Mr Dalio thinks that BTC could eventually threaten the status of
national fiat currencies or even the reserve status of the US dollar.
Leaving aside the issue of when BTC becomes “material” — and
consequently “dangerous” for governments — BTC should first of all
become a “currency” in order to threaten other currencies.

But BTC is not really a currency — or better put — it is also a currency
among many other things, but only to a very, very small extent. Above
all BTC will never be a currency the way the dollar or the euro are
currencies.

Fact is that there is no real need for BTC to become a
currency. No need for bitcoin to scale adoption as a means of payment.
Which, by the way, is the same mistake that bitcoin critics do when they
mention bitcoin´s slow adoption path and scalability issues. The reason
is that there is plenty of much better inflationary currencies out
there to be used for paying the ice cream, the espresso or the daily
grocery.

I can call them SOLs, Store of Liabilities. CBDCs (digital Yuan, US Dollar, Euro) are coming, they are the bright future of SOLs. Stable coins and digital fiat money in the form of fintech digital payment systems (such
as the Chinese Ant Group, Alipay, We Chat, etc.) are already here.

All such digital currencies will be competing among themselves and against the US Dollar for reserve status. Indeed, China was the first country to issue its CBDC as a pre-emptive move to block other digital currencies from competing with the digital Yuan in their home market.

They wanted to prevent local adoption of competing currencies such as private-corporate currencies like Libra or a Euro or US Dollar CBDC. Certainly they were not at all concerned about BTC.

Bitcoin is not a threat to fiat currencies

BTC remains therefore primarily a store of value (SOV) and here´s the reason why.

It does not compete directly with any digital currencies. It is not a threat to any of the major national currencies or to future CBDCs. BTC competes — to a certain extent — only with gold.

And I say “only to a certain extent” because (i) it possesses some peculiar qualities which make it— especially for the younger crowd and the not wealthy — a better alternative to gold, since its portability, resistance to coercion, scarcity and lack of storage costs are superior to that of gold, and (ii) gold will still be gold despite BTC especially for institutional investors and central banks.

The two can easily co-exist for a long time, but in the long term the trend will be for BTC to inevitably erode gold´s market share, as well as market share from global legacy financial services, asset management and insurance sectors. 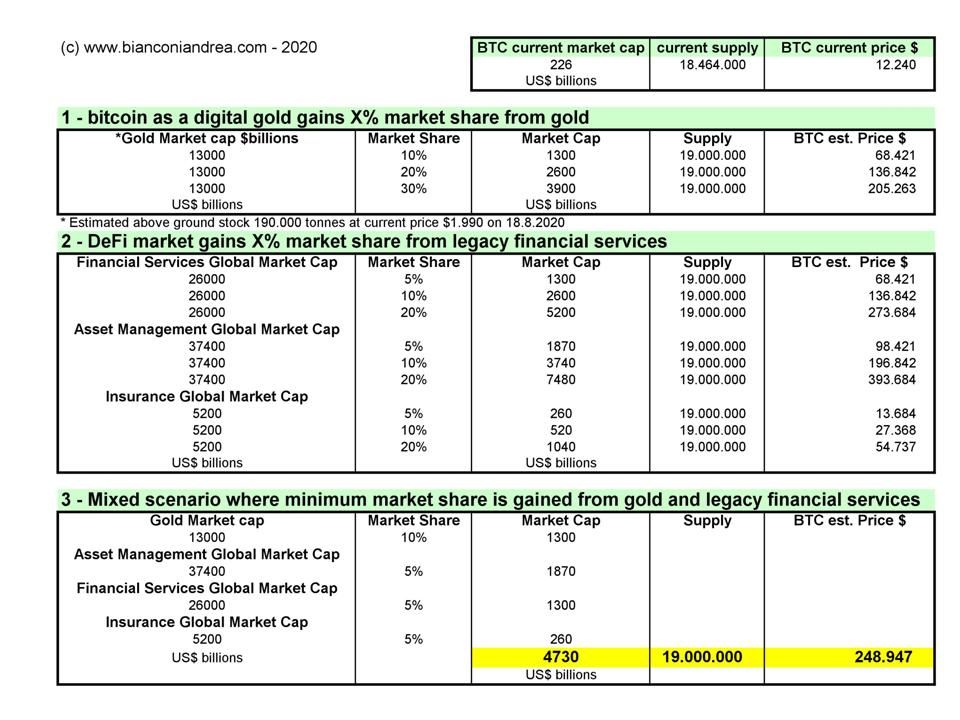 So, let´s go back to the reason WHY governments should ban bitcoin.
Frankly there are none. BTC is not a threat to the current financial
system. We all know exactly what is the effect of monetary debasement.
The loss of purchasing power of the US Dollar and the Euro is clearly
visible to anyone who cares to look. 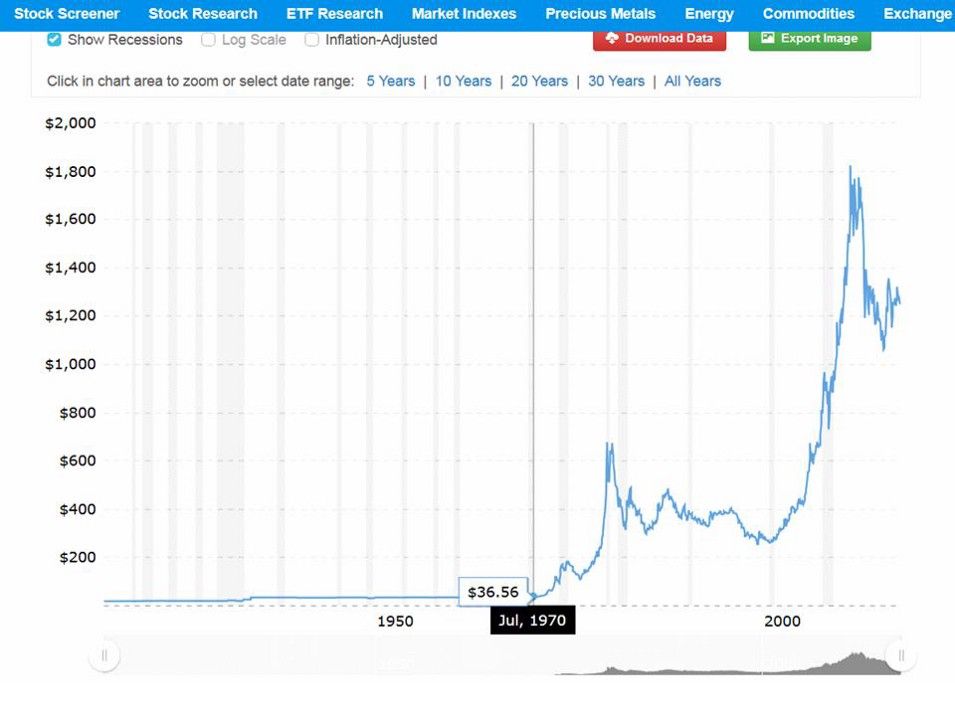 This is why investors rush to gold, silver, real estate, stocks, farmland,
objects of art and of course to bitcoin. Will governments ban all of
them together with bitcoin? Of course not. BTC as a store of value is no
bigger threat to governments than gold, silver, or farmland are.

The only difference is that bitcoin will be much harder for governments to
confiscate than gold or silver are. If the scenario that Mr Dalio
envisages is a general governmental clamp down on SOVs, then one should rather rush into bitcoin instead of gold exactly for its censorship
resistant properties and its resilience.

If you were a government would you rather tax real estates, confiscate gold bars held at easily identifiable banks and gold brokers or run around trying to figure out where people hide their strings of numbers and letters?

Bitcoin is not a threat to the legacy financial system

Now let me clarify something else quite important. When one mentions
Bitcoin then (please again note the capital B), that´s not a currency,
that´s not a SOV, that is programmable money. We are talking about a
revolution which equals Gutenberg´s printing press.

“One could not miss the point more if thinking of Bitcoin as a currency for payments in the Western world, because Bitcoin is about everything else and everywhere else”.

Think about the millions of people who use it for remittances to their families in countries where access to banks is difficult. Think about countries where the use of BTC is booming because of hyperinflations, such as Venezuela and Argentina.

There, Bitcoin is used to transfer a SOV P2P without any intermediation at virtually no cost.

Let´s see then HOW governments could practically enforce the theoretical ban on bitcoin.

A national ban would serve no purpose. If China or Venezuela could not effectively ban it, we cannot do it either. Then it has to be a globally coordinated worldwide ban. Highly unlikely.

And how can you enforce that ban? Short of shutting down all internet
connections you won´t be able to enforce it. You should close all the
gates between fiat currencies and cryptoexchanges. You should ban
crypto-exchanges altogether.

But then it is hard to imagine that in some geopolitically incoercible nation — perhaps somewhere in the eastern hemisphere — there won´t be someone setting up a crypto-exchange. And what about much less coercible decentralized P2P exchanges then?

What about black markets? There is simply no way that governments can enforce that, not even in China police state.

And even so, practically, what will be the effect of driving bitcoin
underground? Its price will explode, the spreads in those countries
will be huge compared to countries where it remains legal.

Control is the issue for regulators rather than outright ban

The true disregarded issue — which will oppose regulators on one side and
cryptocurrencies and its developers on the other side — is the privacy
and fungibility of cryptocurrencies. They want back-door access. This is where the fight is.
Privacy coins like Monero are on the frontline of that. But also BTC is directly affected since without increased privacy also its fungibility might be compromised.

But this is a much more complex issue which deserves to be dealt with
separately. I will soon look into that topic in a new article.

If we look at the reality of it — the WHY and the HOW bitcoin could be banned — it is clear that it won´t happen.

The cat has been out of the bag 12 years now. There´s no way of putting it back in. The technology clock cannot be turned back.

Below you will find a chronological review of my old bitcoin articles and relative price levels at the time of publication. I have gone back to 2018 when BTC price was US$ 3.100. Enjoy the +500% ride:

Nov 9, 2018 https://medium.com/@andreabianconi/the-latest-on-security-tokens-from-zurich-s-cryptosummit-5e740ac5439b
I wrote “…This could possibly cause the crypto market to drop lower
before it can start trading higher” — On 14 nov BTC starts dropping to
its lowest of $ 3.100 since Sept 2017 — BIG BUYING OPPORTUNITY

May 24, 2019 https://medium.com/the-capital/the-fundamental-reasons-to-be-bullish-on-bitcoin-and-the-crypto-sector-2024d8bc8395
I wrote: “…and this will be inevitably reflected also in the
appreciation of BTC and all correlated cryptos. This process is ongoing
and it is irreversible”. BTC Price $ 7.500

Juli 25, 2019 https://medium.com/@andreabianconi/oops-ray-dalio-missed-the-biggest-of-all-paradigm-shifts-crypto-79ce826c1445
I wrote: “…Finally, if institutional investors, family offices, HNWI
and UHNWI start allocating even only 1% of their portfolios to the
crypto sector what will be the impact on the price of bitcoin?” BTC
Price $ 9.800

August 22, 2019 https://medium.com/the-capital/follow-the-money-buy-bitcoin-and-gold-5c28703d8adf
I wrote: “…But regardless of the timing, the macroeconomic fundamentals
highlighted above are the most powerful catalyst that will drive the
big money towards precious metals and crypto in the foreseeable future.”
BTC Price $ 10.100

May 17, 2020 https://medium.com/the-capital/what-tudor-jones-bitcoin-investment-means-for-other-institutional-investors-and-for-bitcoin-f337a37eeb8d
I wrote: “…Here you go, a rational bet and asymmetric returns make it
possible to allocate just 1–2% of your wealth to crypto, and one day
this might well become the largest portion of your wealth.” BTC Price $
9.670

August 20, 2020 https://medium.com/@andreabianconi/bitcoin-goes-parabolic-and-its-not-the-price-c557f90a694a
I wrote: “…Barred adverse technological developments or currently
inconceivable problems at Bitcoin´s protocol level, the only rational
question is how many times a multiple of today´s price its future price
will be.” BTC Price $ 11.500.

Legal Disclaimer:
The website and the information contained herein is for general
guidance only and it does not constitute legal advice. As such, it
should not be used as a substitute for consultation with lawyers on
specific issues. All information in this paper is provided “as is”, with
no guarantee of completeness, accuracy, timeliness or warranty of any
kind, express or implied.

Related Stories
Subject Matter
Earn Crypto Rewards Monthly by @Mysterium Network
#promoted
Financialization and Custodial Services Continue To Evade Bitcoin's Ambit by @andreabianconi
#bitcoin
The Role of Probability in The Safety of Your Cryptocurrencies by @elagai
#decentralized-internet
Identity Management Unchained - Taking the Red Pill by @kameir
#identity
The Role of Blockchain and Decentralization in the Digital Economy by @maddykutechno
#decentralized-internet
Interchain Transaction Bridge - The Missing Key to Creating Seamless UX in a Multi-chain Universe by @weitingchentw
#bitcoin
Nothing Can Stop Bitcoin, Not Even Governments by @ras
#bitcoin