Money That You Can Respect 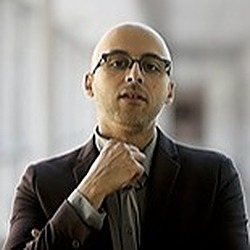 Cryptocurrencies like Bitcoin are volatile. They are hard to transact and even harder to understand. Most people wouldn’t consider them an asset class, never mind a viable form of money. So what does it tell us that a debate has begun as to whether crypto is a good hedge against everything else?
It tells us that something is not right with “everything else.” Not as measured by the economy, which is doing fine, by the way, but by the policymaker response. Here in the US, second quarter GDP grew at a respectable 2.1 percent.

The latest core inflation numbers came in hot above 2%. Unemployment is at an all time low and the stock market is near an all time high.

And yet, the Federal Reserve cut rates earlier this summer for the first time in a decade, at the time calling the action a “mid-cycle adjustment” and indicating that it would be a one and done. The markets and the President were not pleased, so the central bank went ahead and “mid-cycle adjusted” again shortly thereafter.
Over in Europe, interest rates have already been negative for years with dubious results, but the European Central Bank recently took them down even further.
Their actions have driven yields on German bonds so deep into negative territory that based on the formulas taught in high school economics you’d think Deutschland is in the grips of a horrible deflationary winter.

If a time traveler visited us from the depths of the financial crisis and saw the level of economic policy panic they’d think things are somehow worse today than a decade ago. But then Marty McFly would see that unemployed has halved, stocks have quadrupled and real estate prices are way up and be thoroughly confused.

How could an economy so copacetic warrant a response so acute?

One explanation is that policymakers know something that we don’t, a rather unlikely scenario given their track record of knowing little. Another is that they are more confident in their abilities than ever before, particularly when it comes to printing money and setting rates.
Money and interest used to be sacred. As far as policy tools were concerned, they used to have a glass cover with “break only in case of emergency” on them. There was a time, not that long ago, when any kind of rate cut or quantitative easing action was referred to as “extraordinary policy.”
But that sanctity is no more, and interest rates and currency values are today nothing more than variables meant to be manipulated by bureaucrats. Doing so is so very ordinary
Growth slowing slightly? Throw a trillion Euros at it. British voters not doing what you’d hope? Cut rates. The President tweeting that rates are too high? Pretend you are independent then do exactly as he demands. Mrs. Watanabe losing money on her carry trade? Print a gazillion more Yen.
Economic policymakers increasingly resemble an amateur DJ who doesn’t know much other than the fact that he wants to be famous, so he keeps upping the gain and adding more bass. There are knobs and levers to be manipulated, and success is only a question of trial and error.
If two years of negative rates in Europe haven’t accomplished anything (other than cripple Deutsche Bank) then clearly they weren’t negative enough! Thankfully for the ECB, the NIRP knob goes to 11.
Gone is any pretense of respect. The more you are willing to tweak, turn, manipulate and maul something, the less respect you have for it, and by that standard, few people have less respect for traditional fiat money than the folks in charge.
Bitcoiners, for all their faults, are the opposite. Money to them is sacred. So sacred that inflation is handled by an algorithm and even the slightest technical changes need almost universal acceptance to be adopted.
A few years ago, an almost comical debate over something as trivial as the size of a block led to a total schism. You can call those people a lot of things, but disrespectful is not one of them.
Back in fiat land, the most controversial debate is not, as you might think, whether positive interest rates — an idea that predates the Bible — should be abandoned. That bit was decided with surprisingly little disagreement. The only remaining controversy is what you, the little plebeian who is nothing more than an entry in an economist’s spreadsheet, should do with your hard earned money now that saving is a punishable offense.

Should you buy a bunch of crap you don’t actually need, or invest in a tech company that will never make money?

Critics of cryptocoins often claim they are not backed by anything, but that’s a misnomer. Every currency is backed by the same thing: the collective faith of its users that it will preserve purchasing power and be widely accepted in the future.
With crypto, that faith is hard coded in software and preserved by math. With legacy money, it’s maintained by panicked paisanos constantly calling for “more cowbell.”
The English word respect originates from the Latin respectus, which means “to look back at, regard.” Looking back over the past decade, one kind of currency has been turned into nothing more than the preferred tool of the incompetent, while the other has not only survived but arguably even thrived despite constant critique and ridicule from those who probably don’t get it, definitely don’t own it and possibly fear it, which is almost everyone.

Which currency would you rather own?