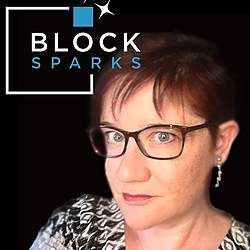 Where do you keep your money?

Your fiat assets are probably in a bank account of some kind, maybe more than one. You most likely have some kind of online access to the account, so you can log in at any time and check where it is, see any account movements or payments, and essentially see your money (even if we know that the bank itself isn’t required to actually hold more than a fraction of your wealth ready for you withdraw if you wanted it). You also have some day-to-day spending money in your wallet/purse, for cash transactions and small payments — not least because it’s costly for retail merchants to accept small amounts via debit cards.

Your cryptocurrency assets are hopefully held in a secure wallet, because as a regular reader of this blog you understand the importance of never leaving your private keys on a centralized exchange. You might view your balances on some kind of portfolio app, but a wallet is where the keys live.

However although we use the word wallet, this is a slightly unhelpful metaphor — because your crypto coins are not actually in there, not in the same way that your folding money physically resides in the pocket of your jeans. Your cryptocoins live on the blockchain, the distributed ledger on which they were created, and that’s really the whole point: what makes cryptocurrency both immutable and secure at the same time.

So what’s in the wallet? Your private keys are, which prove you own and control that specific cryptoasset — you can move it, spend it, or cash it out to fiat, because you have that string of code which connects you uniquely to it.

And your private keys are controlled in most cases by a recovery seed, which is a string of 12 or 24 words. The BIP39 wordlist is a protocol used by hardware wallets, to replace the computer-generated randomness of a private key with a human-readable transcription, whilst maintaining the security. It consists of 2048 unique words from which a seed phrase is generated (that’s just the English word list by the way, there are several others). The words are chosen to avoid similarities, and such that you only require the first four letters to unambiguously identify the word (very helpful if restoring a hardware wallet with a fiddly little interface).

Because you can use this phrase to restore the private keys on any wallet, you can think of this phrase as the real asset, which you need to keep both secure and retrievable at all times.

Many solutions exist for this, from the good old-fashioned pen and paper (ideally in more than one location), through to engraved steel or titanium options designed to withstand fire and water damage.

One place you could consider keeping one backup of this word list is — in your head. Whilst we’d never recommend this being the only place you keep the list, it’s a location worth exploring.

I first came across the linking memorization method in a book by the stunningly talented psycho-showman Derren Brown, called Tricks of the Mind. If you don’t know Derren then check him out, he is careful to insist that his profession is that of entertainer and trickster rather than possessing supernatural powers (and he has debunked many a fraudster), but he uses a highly-trained memory amongst his many intellectual assets to pull off his incredible stunts. He describes in this book many techniques for memorizing different things, but the linking method ( a variation on the Memory Palace concept) lends itself beautifully to a list of words in a seed phrase.

The idea is to create powerful sensory associations between one word and the next, to embed them in your mind. For example imagine the first 4 words of your recovery phrase were:

(these words are all drawn from the BIP39 list, but none of them are in “my” recovery phrase by the way. Just sayin’…)

So you start with the first two words, you need to connect Anchor with Honey. Perhaps you picture a ship’s anchor dripping with golden honey, the color of the oozing sweetness transparently blending with the rusty metal. Or maybe a big ship is being weighed down with a huge pot of honey attached to it on the ocean floor, a big ceramic pot like the original Winnie the Pooh illustrations.

Once your first mental picture is consolidated in your mind, create a second one to associate Honey with Boil. What happens if you boil honey? A big sticky mess perhaps. What does it smell like, sound like? Use as many senses as you can to bring the vision to life as three-dimensionally as possible.

The third image links Boil and Mirror. If your mind boiled honey in a pot before, choose something different — perhaps use the word as a noun instead and imagine looking in the mirror and seeing a massive boil erupting on your nose — arghh! Perhaps it feels like it’s burning and itchy too.

… You get the idea. The effectiveness of this method depends upon creating really imaginative multi-sensory representations of the two words which powerfully links them together. Each word is associated with two images, and thus with two other words, in a strict order where each helps you to recall the next one.

What I like about this method is that you are creating these vivid mental pictures to link the words together in something rather like a chain. Your very own mental blockchain, which controls the access to your cryptoassets.

You might think this sounds like a fanciful and unreliable way to secure your private keys, but think about the complexity and uncertainty of the world we live in. If the TSA can make you unlock your smartphone for their perusal, do we truly have any kind of privacy left? Your mind is a private space which you can take with you anywhere in the world. You control access to it absolutely, it can’t get stolen, or lost (hopefully). Even when memories get forgotten or suppressed they can often be triggered by some stimulus, such as hypnotic regression. It’s the ultimate secure storage that we all have access to, for free.

Or picture a refugee, escaping on foot from war-ravaged Syria, perhaps. A perilous and complex journey overland to the port where she was assaulted and abused, results in her life-savings being ripped off by a trafficker, exploiting her desperate need to rebuild a life destroyed. As the overloaded boat sinks and she loses her ID and last bundle of worldly possessions disappears beneath the waves, a frantic swim to the beach on the distant horizon is the only hope.

Being lucky with the tidal flow she claws her way ashore on hands and knees. And as she looks up at the shores of Europe and a chance to live, to thrive, to be reborn, you can hear the mantra-like inner monologue: “ANCHOR, the anchor is made of HONEY. It’s a bad anchor because it’s dissolving into stickiness on the ocean floor as the ship full of bees pulls away. Then I am going to BOIL down the honey, in a big cooking pot on the stove of the kitchen in my apartment that the regime blew to bits…”

Life and circumstance have stripped her of everything she ever lived for, worked for, learned to love. Except that the keys to her wealth are safe where no-one can touch them or take them away.

It’s a compelling idea, isn’t it?

Why "Beyond The Chain" -  A Bitcoin Story