Microsoft’s Building on the Blockchain to Manage Digital Identities

Originally published by The Next Web on March 21st 2018 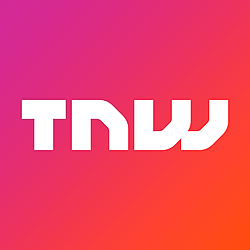 The heart of tech.

Microsoft is out to prove blockchain naysayers wrong. In an effort to show the potential of the technology beyond its applications in cryptocurrency, the Redmond giant has announced plans to use blockchain tech as the foundation for storing and processing digital identity data.

Following a collaboration with the Decentralized Identity Foundation (DIF), Microsoft has revealed its plans to rely on blockchain technology to solve some of the challenges we face when managing our identities and personal data digitally, such as improving privacy and security across the physical and digital world.

“We believe it is essential for individuals to own and control all elements of their digital identity,” the company said in a blog post. “Rather than grant broad consent to countless apps and services, and have their identity data spread across numerous providers, individuals need a secure, encrypted digital hub where they can store their identity data and easily control access to it.”

To this end, the company is developing an off-chain solution — akin to the Lightning Network — that will allow it to process massive volumes of ID data without congesting the blockchain network.

While the company has yet to demo working prototypes of its solutions, it has shared some findings from its jointly research with the DIF. In addition to its uses for cryptocurrencies like Bitcoin and Ethereum, the Windows-maker concludes that blockchain tech is well-suited for a number of other applications.

A key takeaway is that — instead of relying on third-party services and solutions — blockchain could prove instrumental in putting control back into the hands of the customer as well as securely storing personal data.

“Today, users grant broad consent to countless apps and services for collection and retention of their data for use beyond their control,” the post reads. “With data breaches and identity theft becoming more sophisticated and frequent, users need a way to take ownership of their identity.”

How it actually works

For this reason, the company has proposed several new services:

According to Microsoft, these solutions “can enable developers to gain access to a more precise set of attestations, while reducing legal and compliance risks (such as, GDPR, KYC/AML) by processing such information instead of controlling it on behalf of the user.”

The legendary software provider is quick to point out that, while blockchains are indeed suitable for such applications, current solutions like Ethereum, Bitcoin, and Litecoin still lag behind standard centralized alternatives — especially when it comes to matters of speed, convenience and network stability.

“To overcome these technical barriers, we are collaborating on decentralized Layer 2 protocols that run atop these public blockchains to achieve global scale, while preserving the attributes of a world-class DID system,” Microsoft says.

The Redmond behemoth says it will share more technical details and proof of concept implementations in a series of upcoming posts.

The Decentralized Identity applications are slated to land on the Microsoft Authenticator app, which is already used by millions of people to prove their identity.

“With consent, Microsoft Authenticator will be able to act as your User Agent to manage identity data and sign attestations,” the blog post explains. “In this design, only the ID is rooted on chain. Identity data is stored in an off-chain, encrypted data store that the user has full control over.”

Microsoft has long shown support for blockchain tech on a number of occasions.

Indeed, the technology titan was one among several corporations and banks to show ambition in developing commercial applications on the Ethereum network.

More recently, Microsoft was said to be partnering with the IOTA Foundation over its “next-generation blockchain” solution. The partnership ultimately proved to be nothing more than an informal collaboration between a client and a software provider.

This story was written by Mix, and was originally published on The Next Web.