Satoshi Nakamoto built Bitcoin to be “A Peer-to-Peer Electronic Cash System”. Based on this alone, it would be reasonable to assume that Bitcoin is already a widespread medium of exchange. Yet this goal remains as elusive as ever.

Enter lightning network. In 2016, Joseph Poon and Thaddeus Dryja proposed a scaling solution for Bitcoin which would enable it to process a near limitless number of transactions per second. 2 years later and it’s working. Lightning network is already live in test net and is performing as advertised. Sure, there are still bugs and issues, but there are also talented developers working hard to solve them. Lightning network (LN) is coming. It’s a matter of when, not if.

And yet, when you take a closer look at transaction patterns in the Bitcoin network, there is little reason to think that Bitcoin will be transacted with more because of LN. If scalability is truly the reason people don’t transact using bitcoin, then we should expect the network to always be busy, the mempool to always be full, and endless complaining from users.

This is not the case. In the last 60 days, the average amount of transactions added to the mempool per second sits at between 1–4.

Even at the speculatively driven historical high from around November, 2017 to January, 2018, Bitcoin was not tremendously overloaded. Certainly, the situation was far from ideal, and LN could have been a great help, but there were neither hundreds nor thousands of transactions being added to the mempool every second.

Of course, this is hardly a rock solid indication of what is to come. If Bitcoin succeeds in truly cementing itself as a widespread medium of exchange, then we will indeed see numbers like that one day.

But it is clear, at least at this point in time, that scalability is not the factor that is hindering Bitcoin from getting there. For this reason, it is reasonable to argue that LN will not suddenly turn Bitcoin into a widespread medium of exchange. It may improve Bitcoins capabilities, but it is not a magic pill.

So let’s focus on the real question: why is Bitcoin not transacted with more? Is it simply a matter of time and adaption? Or is it something deeper?

To truly try to answer these questions, we need to explore a classic debate: gold standard vs. fiat.

Gold standard is intuitive to understand. Every bill in circulation is backed up by its weight in gold. Should a person want, they are eligible to exchange their currency for gold at their countries national banking entity.

Up until the early 1970’s (with a few notable exceptions throughout history), gold standard was prevalent around the world. In 1971, Richard Nixon formally ended the relationship between dollars and gold, establishing a fiat system in the USA. The rest of the world followed suit. Today, national currencies are valued exclusively as a function of trust in governments.

There is no absolute answer about which system is preferable. I will try to present the key advantages and disadvantages of both system.

Gold standard currencies are tied to the value of gold which has a supply which increases so slowly as to be considered nearly fixed. This grants gold standard it’s single biggest advantage and its biggest weakness all at once.

Because every gold standard dollar is backed up by gold, the currency barely suffers from inflation, let alone hyperinflation. Governments cannot simply print more money and devalue the currency owned by an individual. Many find this appealing because is promises freedom and personal control.

The flip side is that governments cannot easily implement monetary policy. This makes gold standard economies extremely vulnerable to real and monetary shocks. The result is short term price instability.

It’s easy to see that since around the 1970's (shortly after the abandonment of gold standard) the US economy has experienced longer intervals between shocks, though the shocks have not been smaller.

Fiat currency, in a nutshell, is a system in which we trust a government to create new money to fit the state of the economy. This enables the federal reserve, in the case of the US dollar, to work to prevent short term economic shocks. They don’t do a perfect job, as shocks still occur, but its a more stable solution than gold standard.

In slightly more technical terms, the US fed loans newly created dollars to banks which then loan out that money at a 10:1 ratio according to the fractional reserve system. For a far more in depth explanation check this out.

One of the most commonly cited disadvantages to the fiat is the fact that money is inflationary due to an ever expanding supply. This is the reason the dollar one hundred years ago was worth far more than the dollar today. Proponents of fiat argue that this is not a disadvantage. Keynes himself believed that a slow steady inflation rate was necessary to promote consumerism, however, and this is a generally accepted view amongst economists.

Another disadvantage is that the money market is not fair. Central banks behave as monopolies, and commercial banks get access to better interest rates for a federal loan than the average Jo can.

Perhaps the scariest part of fiat, is the reliance on a central bank to make good decisions. The US federal reserve does a relatively good job, and it is considered a transparent and efficient body. But in many countries this is not the case. Hyperinflation has wrecked havoc across the globe, the terrible and sad situation in Venezuela being the latest example.

Often referred to as digital gold, Bitcoin is absolutely fascinating when looked at from an economic perspective. It’s not quite equivalent to gold itself because it has a true fixed supply (21 million), not just a nearly fixed supply. Also, unlike gold, Bitcoin is highly divisible (just a number in the blockchain, no physical entity). This is critical for a currency to be widespread. It’s essentially a better version of gold that also has better divisibility than gold standard currency.

The concept of a ‘Bitcoin standard’ replacing fiat money in the future (as proposed by Saifedean Ammous) is interesting and tempting. However, this ignores a key disadvantage inherent in such a system. Namely, extreme short term price volatility just like gold standard currency.

Nonetheless, this remains a possibility. Should enough people choose to transact with it despite this disadvantage, Bitcoin does has the divisibility required to be widespread. Once LN is rolled out fully, it will also have the scalability to serve the worlds needs.

If this adaption does not take place, then Bitcoin will remain as strong a store of value as ever. There is no reason to think that Bitcoin will not continue to behave as a more perfect version of gold even if it is never fully adopted as a medium of exchange.

In this case, the world will continue to transact with fiat currency until a better decentralized solution is invented. This theoretical solution will probably incorporate certain economic mechanisms found in fiat currency, like leverage and a growing money supply designed to minimize the impact of shocks.

Of course, in order to be adapted, it will need to be better than fiat. As such it cannot rely on the unfair money market utilized by fiat, nor the reliance on a central bank to make good decisions. It should probably do away with the banking hegemony all together. Ideally, it will provide the same stability granted by fiat but in a more consistent way.

If achieved, this would be an evolution from Bitcoins basic premise of enabling private individuals to transact without a third party to enabling entire economies to function without a regulatory entity.

If you liked / hated what you read, let me know in the comments section below (I know this is a divisive topic).

To read more about the exact properties I think a decentralized medium of exchange should have check this out. 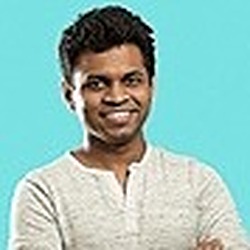