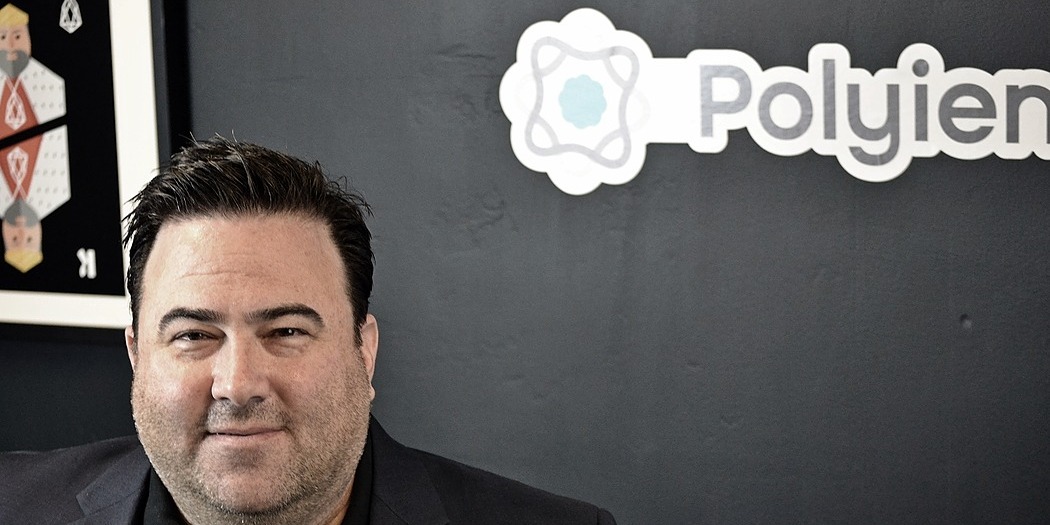 As regulators drag their feet on rules surrounding airdrops and tokens, founders look beyond U.S. borders

How is this for irony?

Last year, an entrepreneur, Britt Kim, came to me with a fascinating idea: a
decentralized content platform, free of middlemen.

Removing middlemen from the content equation meant creators would be free to express themselves without fear of censorship or “demonetization”.
(Demonetization occurs when creators are kicked to the curb by their
centralized platforms and stripped of their ability to reach an audience or
earn a living.)

The site Britt envisioned  - and my company eventually funded -  was Patreos and it would (among other things) offer demonetized creators a second chance. (Britt explained his vision here.)

Prior to launching, Patreos consulted with an SEC legal and regulatory specialist regarding Patreos’ plans to “airdrop” PATR tokens to incentivize community engagement. Counsel assured the Patreos team token airdrops fell outside SEC  jurisdiction, so they were free to move
forward, announcing the PATR airdrop last October and building out the Patreos vision.

All was well. Until it wasn’t.

In May, 2019, the SEC notified Patreos the rules regarding airdrops had changed. Airdrops, the agency said, now fell under its purview. Patreos needed to rethink its business model. Patreos was no longer solely in the content game and PATR was now being treated as a security.

This unexpected regulatory pivot left Patreos in limbo - one that would require an army of attorneys, working in shifts, to untangle. Faced
with this new reality, Patreos was forced to shut its doors.

And this is where the irony comes in.

Patreos - a haven for demonetized creators - was essentially demonetized. Not by middlemen, but by fickle regulators.

For more than a decade, founders and investors in the U.S. crypto and blockchain communities have been waiting for regulators to hammer out clear guidance around tokens and coins.  More than 10 years after bitcoin was first introduced, the wait continues.

Is the feet dragging on the part of the SEC a reflection of bureaucratic
indifference. Or - as some believe - is it outright hostility?

In 2018, European crypto entrepreneur Ilias Louis Hatzis wrote: “The
most fearsome of all regulators for the cryptocurrency world, is the U.S.
Securities and Exchange Commission. The SEC is waging a war on ICOs and in recent months its been handing out fines like its candy.”

More recently, Canadian social media giant Kik (with The Blockchain Association in its corner) launched Defend Crypto in hopes of soliciting funds for a legal battle with the SEC. Kik believes the SEC is setting “dangerous precedent” by “shaping the future of crypto behind the scenes.” Challenging this approach is a fight worth having, says Kik,  because smaller crypto projects that “don’t have the resources to fight [the SEC] ... are being forced to simply fold and walk away.”

U.S. lawmakers have taken notice. In June, Republican Congressman Warren Davidson complained about SEC’s “third-world approach” in formulating crypto policy. As a result, said Davidson, the U.S. is in danger of falling behind other countries in terms of innovation.

News of the demise of Patreos, triggered a lot of anger. This Tweet was typical: 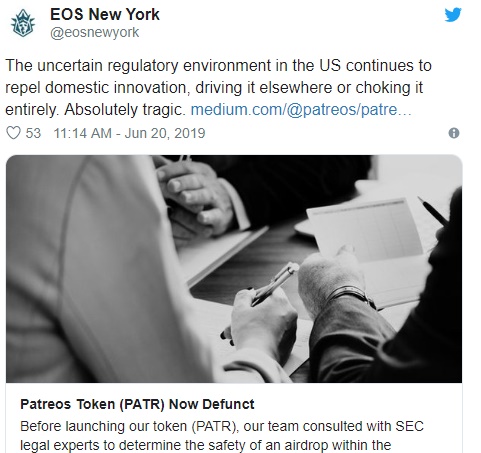 But this kind of ire and frustration has been building for years.

In the weeks following the decision to shutter Patreos, founder Britt Kim spent weeks on Telegram responding to feedback - good, bad and ugly - from Patreos followers and supporters saddened and/or outraged by the news.

Most offered encouragement because they saw value in a blockchain-based content platform, free from the controlling hands of advertisers and payment processors.

But Britt was more circumspect than his Telegram supporters.

“If you think you can do it, try,” Britt wrote in response to one well-wisher. “You don’t need anyone’s permission to try. If you want to issue tokens, stay out of the U.S. Or, better yet, stay in the U.S., be extra brave, and decentralize everything before they … ruin you.”

Unfortunately, against today’s backdrop of hazy U.S. regulations, it is easy to imagine why Britt and other founders and developers would consider taking their innovative ideas beyond the borders of the U.S.

I would hope (and would love to help) the SEC and other regulators craft laws and regulations that strike a proper balance between driving technological innovation and providing consumer protection.

Brad Robertson is the founder and CEO of Polyient Labs, a Phoenix-based, early-stage blockchain incubator helping identify and foster innovation.