In Part 1 of this post I talked about laptop keyboards. It was something I just really needed to get off my chest. I was annoyed by the ultrabook laptops’ keyboard design trends, and hoped that a laptop company would release one that’s actually good.

Now, onto the topic I really wanted to write about — actual real keyboards.

Mechanical keyboards used to be a fairly niche item of interest. I started getting into mechanical keyboards back in around 2010. The reason I did so was mainly for gaming — I was an avid Starcraft 2 player, and mech keyboards were all the hype among the pros.

Fast forward a few years, mech-keys have become relatively mainstream (at least among computer power-users like software engineers/programmers), and there’s entire communities of enthusiasts built around it. My previous employer, Massdrop, played a part in building this community, and as a result of working there I also got to try a lot more keyboards.

I’m going to start with my current daily keyboards.

The one to go with my work laptop, a Macbook Pro

The Magicforce 68 by Qisan (with Outemu Brown switches) is my latest keyboard for work, and I’m really happy with it.

First of all, for those not yet familiar with various switches underneath mechanical keys, they typically mean different feelings of typing — usually in the form of different pressure/force level required to activate a key, and tactile vs linear vs clicky feelings and sounds. The usual ones (available with Cherry brand) are Brown (tactile, medium pressure), Blue (clicky, loud, low pressure), Red (linear, low pressure), Black (linear, high pressure), and a few other less common ones. This page contains some helpful animations to understand that. Outemu claims to be Cherry MX equivalent, and I think it certainly does feel like it.

The layout is the main draw for this keyboard. First of all, you’ll notice the lack of the F-row (F1 to F12 keys). Typically this is called the “60% keyboard” (though most 60% keyboards also omit the arrow keys and navigation keys). These are popular for Mac users because as you use the macOS for a while, you’ll realize that one rarely uses any of the F-row keys. (In fact, that’s part of why Apple got rid of them too, in the Touchbar Macbooks)

However, the exact reason I picked this one was because of the arrow keys and the 4 navigation keys. The Ducky Miya Pro is another keyboard with a similar layout. As mentioned in the previous post about laptop keyboards, I really like using Home/End/PgUp/PgDown keys, and I like them directly above the arrow keys.

The interesting thing about this keyboard (and the Ducky Miya) is that they choose to include Ins/Del and then PgUp/PgDown. I actually never use Ins, and rarely use Del. What I do is to use Keyboard Maestro and map the Ins/Del keys into Home/End.

The end result is a minimal keyboard that fits my needs exactly, and has no extra keys that I don’t need at all. It’s basically the smallest keyboard that satisfies all my requirements, while taking up as little desk space as possible.

The one thing you may have to get used to is the Esc and tilde (`/~) key area. As a developer, I use both Esc and tilde a lot, so I really need both to have dedicated keys. I choose to map the Esc key into a tilde, and map Caps Lock into Esc (Which apparently is a common use case ever since the Touchbar Macbook was released; there’s even a System Prefs way to do it, without using a mapper software.)

Another honorable mention is the Leopold FC660M, which sports a very similar layout, but with two fewer navigation keys — it only kept the Ins/Del keys. I had also considered this (of course with Ins/Del mapped to Home/End), but ultimately it’s only one column of space saving and the keys are also not directly above the up arrow, so I figured it would probably take time getting used to. I decided to go with the Magicforce 68 instead.

And with my home desktop, a Windows machine

The HAVIT Low Profile keyboard was one that I took a chance on, and I was pleasantly surprised. It is probably my favorite keyboard now.

There’s nothing special about the layout. It’s a full size keyboard. HAVIT also has a Tenkeyless (87-key) version available (basically full size minus numpad), but I chose to go with the full size since I may game some time and some games make use of the numpad.

The low-profile key caps and switches is the main feature for this keyboard. Notably, DAREU also has a similar one. For certain desk setups (such as a high desk, low chair, where you have to rest your arm at a higher level), a low profile keyboard is a welcome change.

Another favorite feature of mine for this keyboard is the Kailh switches. This keyboard only had the Kailh Blue switches available (at least, on Amazon), and it was the reason why I was taking a chance. I tried a Cherry MX Blue switch keyboard in the past, and while it felt nice, it was way too loud for comfortably using at home. (More on that later when I discuss other keyboards I owned.) However, the Kailh Blue basically kept most of the feeling of the Cherry MX Blue, while being much quieter. In fact, I think I prefer the feeling of Kailh Blue over its Cherry MX counterpart now. It may even be my favorite one of all the switches.

Other keyboards I’ve tried in the past

The Magicforce 82 with Gateron clear switches was one I thought I would really like.

On paper, it seems to meet all of my requirements — having Home/End/PgUp/PgDown keys (albeit lined up vertically on the right edge), arrow keys, and being a very compact keyboard. Another cool thing is having a Del key but not an Ins key (which is the only useless one), so theoretically it fits the bill of exactly how a keyboard should be. There’s an F-row, and at the time I bought it, it was before I determined that there was no use for an F-row on macOS.

But the entire typing experience all started breaking apart after only a day or so of serious use at work. There’s something I never thought about — sensing the Enter (Return) key on the right edge of a keyboard. When using this keyboard, I constantly had trouble accurately hitting Enter, because Enter was not on a right edge. There’s another key immediately to its right! The feeling where you have to control how far right your right hand needs to move (in order to not overshoot it) just to hit the Enter key was a very weird one. After a little while of this, it was evident that my productivity took a dive with this and I can’t keep using it.

As a fun fact/side note, the switches I picked for this keyboard was yet another deal-breaker. Just for trying it out, I went with the Gateron Clear switches (Gateron being a different brand than Cherry MX), based on the stat that this is supposed to be just about the lightest switch there is (35g, and is linear, no tactile or clicks). It was so incredibly light that, sometimes when I rest my left pinky finger on the corner of the keyboard (the Ctrl key), I don’t realize that I’m actually activating the Ctrl key by doing that! Now, I do like light switches, but this was way too extreme on that end even for me.

The CM Storm QuickFire Pro with Cherry MX Red switches was one of my favorite early mechanical keyboards I owned. It really wasn’t so much the keyboard itself (which wasn’t anything special), but more just because of the switches. The Cherry MX Red switches feel great to type on. It’s linear and light weight (but not so light as the Gateron Clear switches). The build of the keyboard is a bit heavy though, and overall is a bit too bulky.

The Steelseries 6Gv2 with Cherry MX Black switches was one that I bought just for trying out the black switches. (It was just about the only option with it at the time) It turned out black switches were way too heavy for my taste. Also, this keyboard just feels like a tank in general — feels very heavy duty even though it’s less bulky than the CM Storm.

The Das Keyboard with Cherry MX Blue switches was the “way too loud” one I mentioned previously. While the blue switches feel nice to type on, it was a monster when it comes to noise. This was before dampener rings were common. It was so loud, to the point where if I was typing away at night when the environment was quiet, it would hurt my ears as I typed (no exaggeration!). Admittedly, Das did offer a silent version even back then (which I heard was only slightly quieter), but I chose the normal version and that was my experience.

There’s really very little to complain about this keyboard. It’s basically a standard as far as everything is concerned, no more, no less. There’s no fancy features (backlights, etc.) on it; yet it’s sturdy, robust, reliable. For its time, there really was no match for it.

I hope this has been an informative post for those who’re looking to jump into the world of mechanical keyboards. As developers, we type away on our keyboard for hours on end, every day. I think it’s worth paying the price to have a nice typing experience, compared to just using a free/cheapo membrane USB keyboard. Hopefully my experience and review will help you find your perfect keyboard!

The Best Error Ever: Firebase Errors for Humans 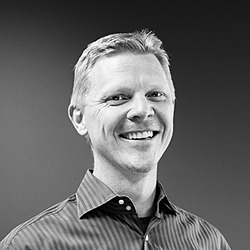 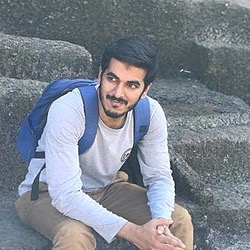