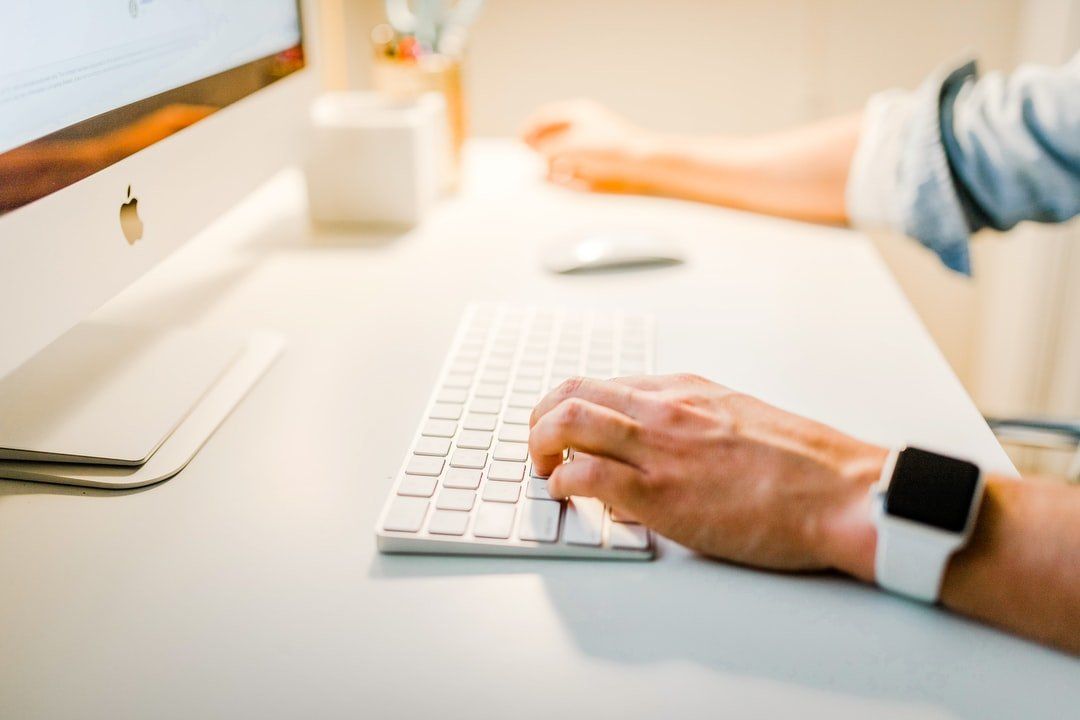 Major Japanese publisher Takeshobo has sued Cloudflare in a Tokyo court for alleged copyright infringement. The publisher says it was forced into
the action after requests to remove content being offered by a Cloudflare customer were ignored. Takeshobo is taking care not to mention the name of the 'pirate' site in question but TorrentFreak has uncovered a DMCA subpoena from 2019 which may shine some light on proceedings.

Founded in 1972, Takeshobo is major publisher based in Japan. The company distributes dozens of manga publications on monthly schedules, many under the Bamboo Comics label.

On Tuesday the company revealed that it had taken legal action to protect its titles being made available online by pirate sites. However, in common with an increasing number of companies in multiple spaces, its lawyers are going after Cloudflare.

Takeshobo revealed that on December 20, 2019, it filed a civil action against the CDN company at the Tokyo District Court.

“The nature of the complaint is that Cloudflare, Inc. provides a server to an illegal site where many copyrighted works, including those published by us, are illegally uploaded and made available for free,” a statement from Takeshobo reads.

“We asked directly to remove the uploaded copyrighted material from the company’s server, but because no action was taken, we requested the court to remove the copyright infringing page and pay damages.”

Since no court documents have yet been made available to the public and the publisher refers only to “an illegal site”, there’s no absolute confirmation of which ‘pirate’ site Takeshobo is referencing. The company does state, however, that “an order based on copyright infringement has been issued at a District Court in the United States.”

Another possible pointer can be found in Takeshobo’s statement, which further indicates that the legal case against Cloudflare in Japan was filed in collaboration with Mr. Hanamura, one of the authors of the ‘Dorukara’ comic distributed by the company.

With this information in hand, TorrentFreak was able to trace court documents filed in the United States during July 2019, which reveal
Takeshobo asking Cloudflare to take action against various ‘pirate’ sites using its services, including those making the ‘Dorukara’ publication available to the public.

“Takeshobo Inc. is seeking a subpoena pursuant to 17 U.S.C. § 512(h) to obtain information sufficient to identify the persons infringing its copyrighted works,” an application for a DMCA subpoena filed at a district court in California reads.

“The purpose for which this subpoena is sought is to obtain the identity of the alleged infringers. Such information will only be used for the purpose of protecting rights under the Copyright Act (17 U.S.C. § 101, et seq.).” 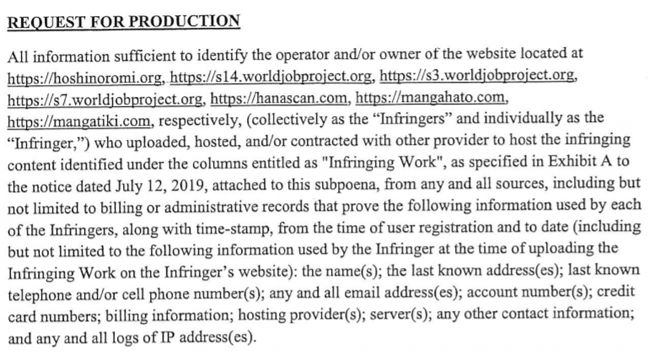 Readers will recall that Hoshinoromi.org was presented by some as a ‘successor’ to the previously shuttered Mangamura platform, which at the time was considered one of the largest infringers of manga publishers’copyrights.

However, after being sued last September at a federal court in New York by publishers Shueisha, Kadowaka, Kodansha, and Shogakukan, Hoshinoromi.org and the related Worldjobproject.org shut down.

That leaves Hanascan.com, Mangahato.com, and Manatiki.com, all of which are operating today. Manatiki is clearly the smallest player, pulling in around 327,000 visits per month according to SimilarWeb stats. Hanascan is considerably larger with around 3.2 million visits per month but Mangahato is in a clear lead with around 3.5 million.

An image presented as part of the DMCA subpoena application last year shows all three domains allegedly carrying ‘Dolkara’ content, which according to MyAnimeList is an alternative title for ‘Dorukara’. 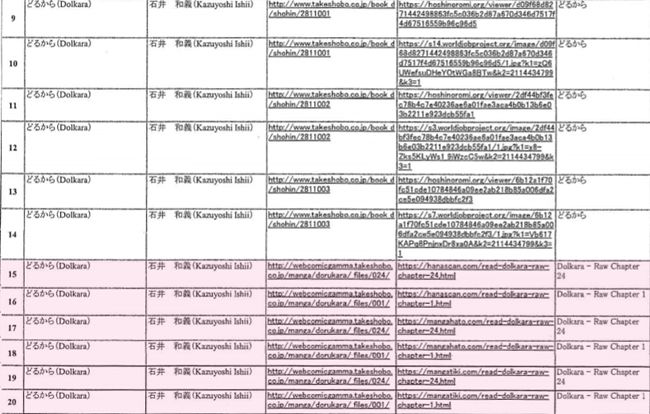 Another curiosity can be found in the URLs highlighted above. Domain names aside, the URLs listed for all three sites are identical in construction and present content in more or less the same format.

We can also confirm that all of the content remains in place, via Cloudflare’s services, despite demands in Takeshobo’s DMCA subpoena to
“remove or disable” the allegedly infringing works from the listed domains.

Whether Takeshobo is targeting one, all, or indeed none of these domains remains a question but it is crystal clear that Cloudflare did not remove or disable access to any of the above content as the earlier DMCA subpoena demanded.

Whether that dispute is also part of the lawsuit now underway in Tokyo against Cloudflare is still unconfirmed but the pieces seem to point in that direction.

The documents supporting the application for a DMCA subpoena, which was signed off by the court last year, are available here and here (pdf)