Is Radix the Coolest Thing Happening in Crypto Right Now? 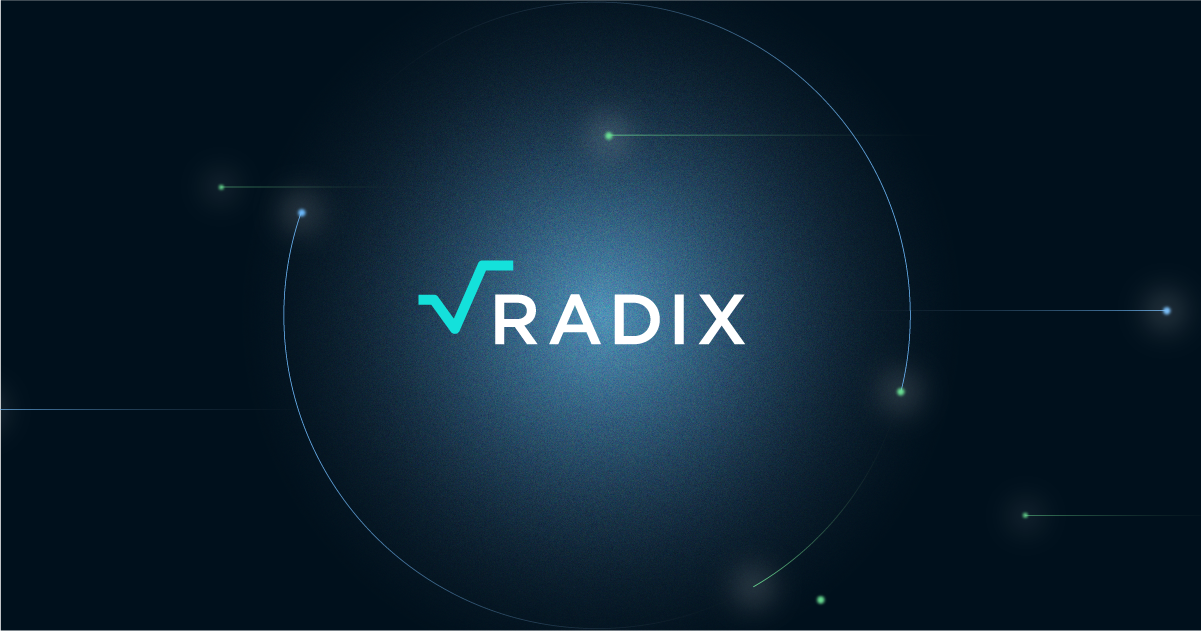 I have no vested interest in Radix, I am just fascinated by the project.

Radix is a speedy and scalable alternative to Blockchains and DAGs.
As a formal definition Radix is a public trustless decentralized ledger (DLT).

Think of it as a Blockchain without blocks (the data structure is called “Tempo”) that is based on a consensus protocol completely different from anything you saw before: logical time.

Prior to the creation of Radix, the predominant technology for building and deploying DLT was blockchain, a technology that allows many computers to agree on a single version of events, without any center to the system.

But Blockchains have problems and some of them are hard to solve.

The blockchain is a powerful concept as there is no one place to attack or disrupt. It provides certainty of data integrity, and trust in the transactions conducted using it. Unfortunately, it has a major drawback — it does not scale very well.

The second big problem with Blockchain indeed is the high risk of centralization caused by dangerous consensus protocols.

For example, the PoW is both enormously inefficient and safe only as much as half of the total amount of computing power is used. This can be effective for large networks where there are clear economic incentives to provide ever-increasing amounts of computing power, such as Bitcoin, but they do not work well for small or private networks where it is easy to get more than 50% of the computing power of the network. Not to mention the large energy consumption that PoW brings with it.

To overcome the problems of scalability and excessive energy consumption, other consensus protocols have been created, of which the most used ones are the “proof of stake” (PoS) and the “delegated proof of stake” (DPoS).

The problem is that all these consensus protocols, in the long run, centralize power: to date indeed no Blockchain is 100% decentralized.

Decentralization avoids the abuse of power by central authorities. However, this is at the cost of each participant who must be held responsible.

Moreover, for the first time ever in a meaningful way we have the ability to create unique digital objects that can be handed from one person to another. For the first time ever we can do that. And what did we do first? We created cryptocurrencies, an entire system of value where the value transfer does not need banks or intermediaries.

DLT is an innovation that allows you to treat the creation and transfer of value as a developer tool, as something that you can build right into your coding stack and that’s super exciting. For the first time ever in a meaningful way, we are handing people the tools for their own digital identity and digital sovereignty.

And here’s the kicker, the last bit: programmability. The ability to create logical statements that you know for a fact that once put on the ledger are going to execute exactly how you set them out to do so.
And that’s the last bit, the smart contracts, the logical statements on the ledger, the decentralized applications. Those are the bits that have the farthest to go. The ones where greatest hopes relies and also the greatest uncertainty. I do not yet know how they are going to change the world, but they will.

Radix is the result of 6 years of research and development and is the solution to the problems of scalability and decentralization exposed before.

Radix is a DLT that is not a Blockchain and is not a DAG but has a completely innovative structure all of its own (Tempo) and a consensus method that allows Radix to create an extremely secure and scalable system for shared storage and access to data.

To serve the world you must be able to scale to every single person and every single device simultaneously without bottlenecks. Anything short of that and you have not got a protocol that the world can rely on.

That would need to both be incredibly easy to index (to make the data structure usable), and massively sharded (cut into fragments) so as the demand of the network grew, more computers could be added to increase the throughput of the network.

Radix team realized that cutting up the data ad-hoc would not work. Instead, you need to already know how the data will be cut up. You should be able to look at any piece of data and know where it lives in the data structure without having to re-index every time large amounts of new data is added. They achieved that by pre-cutting up the data structure of the platform into 18.4 quintillion shards. They then use key reference fields, such as a public key, as a way of determining where in that shard space a particular piece of data lives.

The result of this innovation is a data structure that is able to scale linearly, without overhead, from tiny data sets to ones large enough to serve every person and business in the world.

Radix solves the problem of centralization by creating a permissionless consensus system that can be used securely in both small and large networks, secured by a property that cannot be trivially bought or faked within Radix: the passage of logical time.
In addition to this, unlike other DLT systems, it does not apply consensus to every event, only to those that conflict. This allows the entire system to be incredibly efficient, even at massive scale.

The passage of logical time relies on a concept called logical clocks — in very simple terms, a logical clock is a counter. Each node on the Radix network has its own logical clock that it maintains. The only rule it must follow is that it must strictly count upwards only and has to increment by 1 its counter every time the node see an event.

In Radix, this counter is triggered for a node when it sees a valid event it has never seen before. The node must simply check its own database, then increment its logical clock, stamp the event with the new timestamp and ID and then gossip it to the network. Periodically it must make commitments to make sure it cannot lie about the order of historical events.

This passive consensus mechanism is both very reliable and incredibly power efficient as no extra energy is expended apart from to resolve conflicts.

The Radix platform is now in the Alpha stage of development, with a live Alpha testnet that you can connect to and try building against. Find out more here:

Why Radix is so cool?

Imagine a world where every device, phone, modem or television can mine. Where every person can be part of the consensus mechanism of the cryptocurrency or of the community in which they believe, almost without even noticing it.
To date, it is not possible: in order to be a miner of some currency you have to spend a lot of money and you have to be an expert. With Radix instead, all this will be possible.

A future where everyone has a voice. A green and eco-friendly future. A future where all these billions of devices we have are starting to make sense, where people from all over the world come together to create a global decentralized computer with unimaginable power.

This is the future towards which we must go against: a future where decentralization is true and not just a slogan.