Is Cross-Functional Really a Dysfunctional? 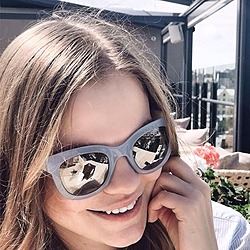 Content Marketer by day, bookworm by life. All things digital, design, and corgis are my passions.

75% of cross-functional teams are dysfunctional — starts an article in Harvard Business Review. The detailed study that served as a basis of the article investigated 95 teams in 25 leading companies that revealed the dreadful numbers. These companies were from a wide range of industries, including communication, software, pharmaceuticals, agricultural, retail, government, and banking. What they’ve discovered is that most of the teams in there giant companies had no clear goals or didn’t meet their specification (i.e. schedule, budget or were unable to achieve results expected by the management). Moreover, many of the surveyed companies weren’t even aware or concerned about these problems.

The distressing statistics raises a lot of questions, among which: whether cross-functional, in reality, is simply dysfunctional? What makes a cross-functional team work and what makes them fail? And finally, how does this apply to outsourcing? Today we’ve decided to look into the matter more closely.

A cross-functional team brings together people of various functional expertise and sets them to work towards a common goal. It includes representatives from different levels of the organization and may also include members from outside the company.
They encourage knowledge sharing, collaboration, give a promise of creativity within the team. But still as good as they sound on paper, most of them seem to be destined to become dysfunctional. What makes them fail is lack of systematic approach to work organization, unclear governance, goals that are devoid of specificity, and failure to prioritize.
So which one is it? A miracle of a team that will help your project with some insightful perspective, perhaps a chance of innovation, or merely a nice concept that will just go wrong when it hits reality?
There’s no denying, cross-functional teams have their benefits, one of its most substantial- the ability to be interchangeable and utilize resources.
However, they have their drawbacks. Cross-functional teams are limited when we talk about product development and its need for a cutting-edge solution to move to the next level. A cross-functional team, by its nature, is not capable of taking this step. It can maintain the project and perform the required tasks, but they can’t do something entirely new, ‘out-of-the-box’. Fresh ideas are not their domain. They just don’t have enough expertise.
To them, the project is limited to their tasks. Bringing new technologies, innovations, new approaches to work — it won’t be an initiative of a cross-functional team because it’s not competent.
Cross-functional teams are designed to accompany the existing product that doesn’t require steep development. Simply put, they are doers, not innovators. Within its cross-competency, they are capable of some creative thinking, but it’s pretty limited and is bound to run out of its course.
The other limitation — they don’t work well for big projects. The bigger the project, the worst is the performance of a cross-functional team.

What drives cross-functional teams and what ruins them?

Cross-functional teams work better under certain conditions. For them to be successful there need to be two key factors: motivation and leadership.
Cross-functional governance is of high importance for such a team. It needs to have a clear team leader. Strong leadership brings a higher success rate to your project.
The motivation part is a bit tricky. You have to be careful with your human resources; people get annoyed by being a part of a cross-functional team pretty quickly. The reason is pretty simple, it doesn’t allow any professional growth and most are not comfortable with that. You are limited by what you do inside your team. While when you are a part of a functional office, apart from your work on a project, you have competence management you are under.
A cross-functional team is project-focused, and any professional growth is pretty limited, especially if a project doesn’t involve any cutting-edge innovations. And naturally, people don’t appreciate that.
Another aspect to be taken into account — compensation. If you look at the compensation models that are based on the input, they work the worst for cross-functional teams. When you bring value to some part of the project, it’s measurable. But if you all work together towards a common goal, a personal contribution of each team member is hard to estimate. And if your bonus is correlated to performance, it won’t work with a cross-functional team.
What’s the solution? They need to be rotated and shaken so that a team is not ruined. Change the project, context. Then it’ll solve the problem of getting annoyed. They change the area of work, gain some new knowledge and experience which in its turn positively affects their work.
And the most important thing to remember — never strive to make cross-functional your ultimate goal. A cross-functional team is a useful tool that helps increase utilization, but the objective should always be the first-rate service.