Is Blockchain Ready for Mass Adoption? Here's What 100 Influencers Think 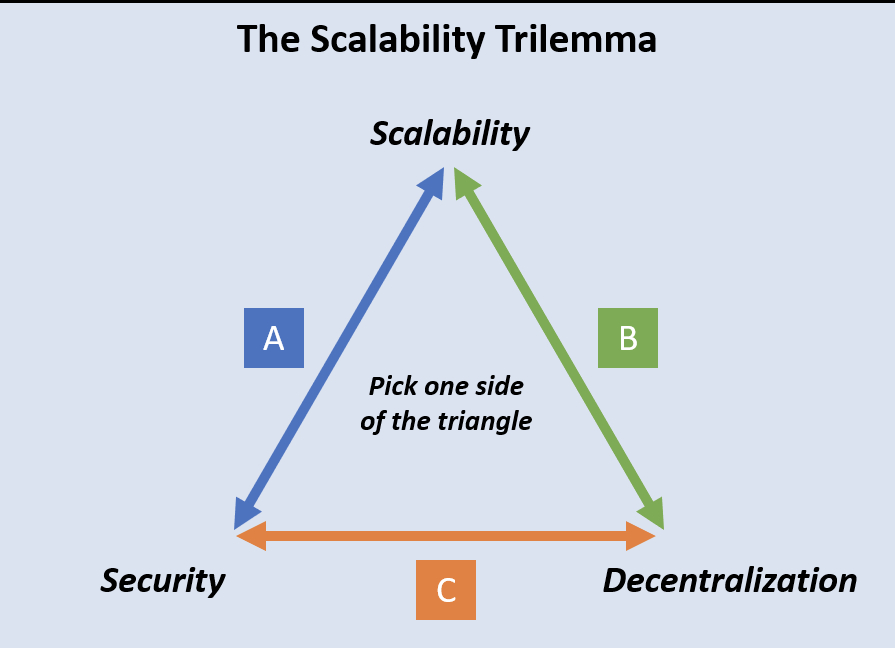 “There are no more no conferences, no more networking.” That’s not true! Digital Week Online happened last week, and more than 100 invited speakers connected during the 48-hour, non-stop online conference to talk about the latest events happening in the innovation, investment, and technology space.

I’ve attended the event from distance, and while I would recommend to anyone who has the time to check the recording of it, I’m here to discuss with you one new innovation from JAX Network’s CEO, Vinod Manoharan, that could change the very future of blockchain and, by his own words, reach “a scalable system which is mass adoptable.” 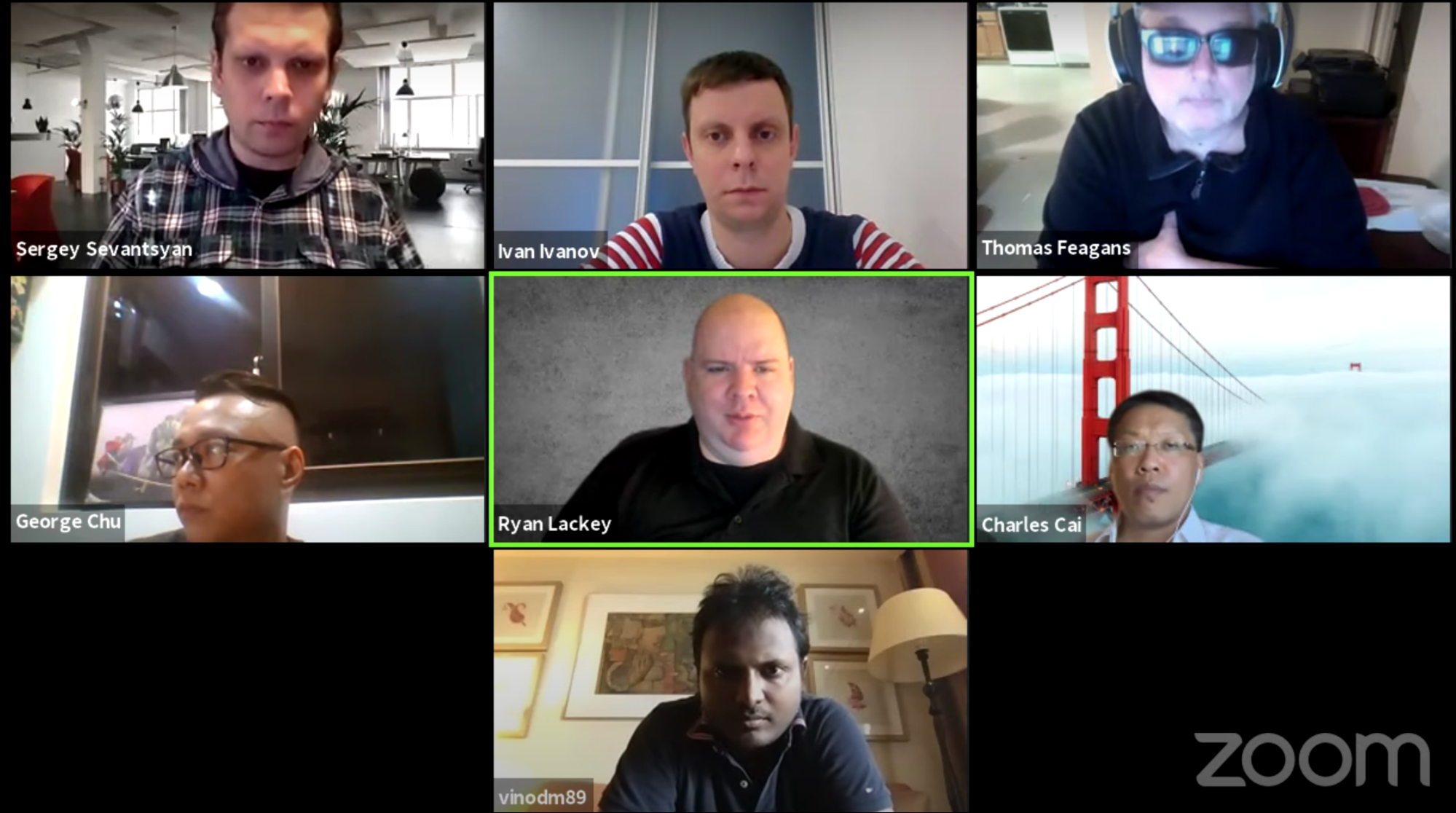 In-person blockchain conferences have been canceled

Conferences of all kinds have been canceled due to the global pandemic, along with technology events as well. That includes the blockchain conferences that have been already announced months ago. “Bitcoin 2020” was supposed to happen in San Francisco, “DC Blockchain Summit 2020” was highly anticipated, and “The Paris Blockchain” conference was expecting visitors from all over the world. Unfortunately, all of these events have been delayed until further notice. Actually, “Binance Blockchain Week Vietnam,” a conference supposed to be hosted by the Binance exchange is already offering full refunds, which makes us think that the event might not happen at all this year.

Despite all of this, Digital Week Online adapted fast and overcame all the obstacles currently plaguing tech conferences. Initiatives like these are very important, as some of the best partnerships are coming from random interactions at conferences. If we simply decide to skip one year of such meetings, we’re stopping the space from growing, something that is extremely important for technology sectors such as cryptocurrency and blockchain. Most of the technological innovations are happening in the early years. Blockchain is just finding its way into the mainstream and, while Bitcoin’s price hasn’t spiked up as it did back in 2017, compared to traditional stocks it’s doing way better at keeping its value. And that’s mostly because the ones that are currently invested are also the ones who are pushing this industry further.

When you think of in-person conferences, you probably think of crowded rooms, face-to-face networking, conversations over dinner, and all that jazz. But all these things are no longer possible in the current environment. And the digital version of these doesn’t seem so appealing. However, Digital Week Online proved us wrong. There’s a lot to like about virtual conferencing.

Usually, there’s a lot of scheduling involved when an in-person conference is planned. And due to scheduling conflicts, important names from the blockchain field are not able to join conferences across the globe where they can meet their peers and collaborate for better innovations. Anyway, make it virtual and suddenly the availability of these smart people has massively increased!

Digital Week Online hosted more than 100 speakers from companies like BitForex, Huobi, JAX.network, KuCoin, Consensys, Ernst & Young, KPMG, Huawei, representatives of the government of Hong Kong, the  Government Blockchain Association of Japan, the Taiwan Parliament, as well as top speakers and experts from all over the world. When was the last time all of these people have been in the same room together? Now they finally had the opportunity to share the same virtual room and connect, share their opinions, and think of the future of blockchain.

There were, of course, awkward moments that happened during the stream. There were technical glitches and moments when the sound was less than optimal, but you should try to put yourself in their shoes: they are delivering a talk to a monitor instead of a live audience. It’s hard to know what kind of reaction you’re getting if you can’t see people’s faces. Regardless, I believe that most speakers and attendees did a great job. During this conference, though, one of the most important issues of blockchain was brought up.

When will blockchain reach mass adoption?

Vinod Manoharan, CEO and Founder of Jax Network, participated in a discussion panel where he stated, “All we need is a scalable system which is mass adaptable so that everybody can facilitate this kind of rapid equity swaps and crowdfunding.”

First, let’s understand the blockchain scalability problem, which is known as “the Scalability Trilemma”. Actually, Vinod already introduced these issues during his speech: “One is the scalability problem, the second is people don't use cryptocurrency on a large scale so there's the mass adoption problem, and the third thing is insecurity.”

If all these three points can be achieved at the same time, blockchain will automatically reach mass adoption as more people will confidently use blockchain-powered solutions with the same efficiency as traditional ones. So the question really is:

How can we improve the scalability of blockchain without reducing its security while still maintaining a decentralized network?

All blockchain developers are aware of the problem created here. When a blockchain system is highly decentralized, scalability becomes a challenge as the ledgers on all nodes have to be updated concurrently.

Since Vitalik Buterin, Co-Founder of Ethereum, spoke up and challenged the smartest people to solve the Trilemma, no real solution was found. Some companies claimed to have a functional network, but upon closer inspection, they were just reducing the number of nodes. The fewer nodes you have, the more scalable the system, as it is quicker to update 10 rather than 1,000 distributed ledgers. But this means less decentralization. Back to our original problem.

When Vinod brought it up during the conference mentioning that him and his team are already working on a solution for it, it made me understand that no innovation or advancement can be made in the blockchain space without overcoming the most basic issues. Once JAX Network, or any other project, will reach a functional network that has all three properties and no shortcomings, then we’ll finally see blockchain being adopted as much as the other technologies that are being used today.

I’m grateful that even during the pandemic we are still able to see like-minded people cooperate and work together for a brighter future. Stay safe!