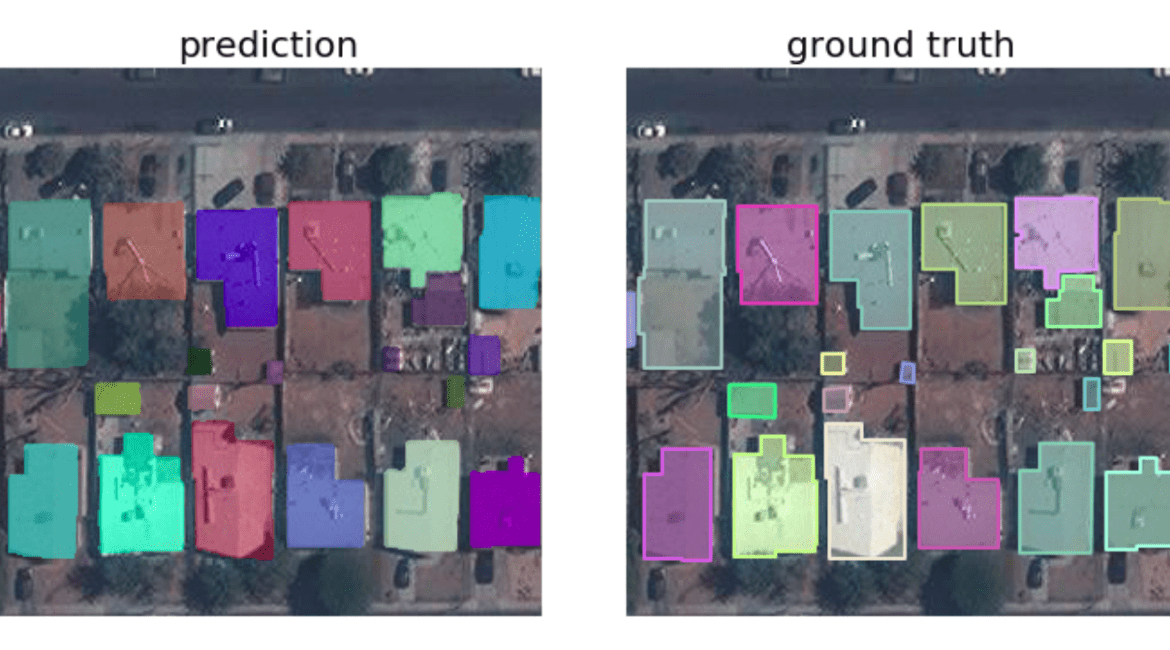 Lets take a plunge into the world of image segmentation using deep learning. We’ll talk about:
Let’s dive in.

What is Image Segmentation?

The basic architecture in image segmentation consists of an encoder and a decoder.

The encoder extracts features from the image through filters. The decoder is responsible for generating the final output which is usually a segmentation mask containing the outline of the object. Most of the architectures have this architecture or a variant of it.
Let’s look at a couple.
U-Net
U-Net is a convolutional neural network originally developed for segmenting biomedical images. When visualized its architecture looks like the letter U and hence the name U-Net. Its architecture is made up of two parts, the left part — the contracting path and the right part — the expansive path. The purpose of the contracting path is to capture context while the role of the expansive path is to aid in precise localization.
U-Net is made up of an expansive path on the right and a contracting path on the left. The contracting path is made up of two three-by-three convolutions. The convolutions are followed by a rectified linear unit and a two-by-two max-pooling computation for downsampling.
U-Net’s full implementation can be found here.
FastFCN — Fast Fully-connected network
In this architecture, a Joint Pyramid Upsampling(JPU) module is used to replace dilated convolutions since they consume a lot of memory and time. It uses a fully-connected network at its core while applying JPU for upsampling. JPU upsamples the low-resolution feature maps to high-resolution feature maps. 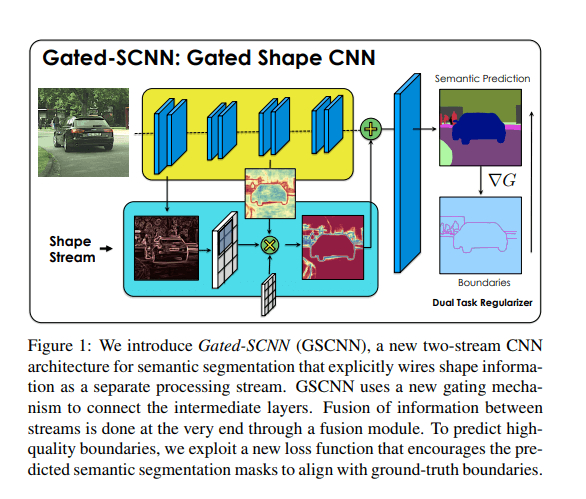 You can implement it by checking out the code here.
DeepLab
In this architecture, convolutions with upsampled filters are used for tasks that involve dense prediction. Segmentation of objects at multiple scales is done via atrous spatial pyramid pooling. Finally, DCNNs are used to improve the localization of object boundaries. Atrous convolution is achieved by upsampling the filters through the insertion of zeros or sparse sampling of input feature maps.

You can try its implementation on either PyTorch or TensorFlow.
Mask R-CNN
In this architecture, objects are classified and localized using a bounding box and semantic segmentation that classifies each pixel into a set of categories. Every region of interest gets a segmentation mask. A class label and a bounding box are produced as the final output. The architecture is an extension of the Faster R-CNN. The Faster R-CNN is made up of a deep convolutional network that proposes the regions and a detector that utilizes the regions. 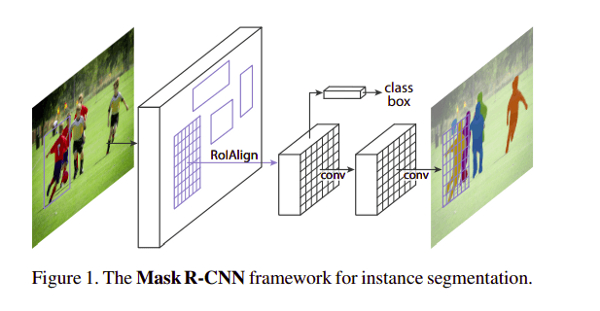 Here is an image of the result obtained on the COCO test set.

Semantic segmentation models usually use a simple cross-categorical entropy loss function during training. However, if you are interested in getting the granular information of an image, then you have to revert to slightly more advanced loss functions. ‘
Let’s go through a couple of them.
Focal Loss
This loss is an improvement to the standard cross-entropy criterion. This is done by changing its shape such that the loss assigned to well-classified examples is down-weighted. Ultimately, this ensures that there is no class imbalance. In this loss function, the cross-entropy loss is scaled with the scaling factors decaying at zero as the confidence in the correct classes increases. The scaling factor automatically down weights the contribution of easy examples at training time and focuses on the hard ones.

Dice loss
This loss is obtained by calculating smooth dice coefficient function. This loss is the most commonly used loss is segmentation problems.

Weighted cross-entropy
In one variant of cross-entropy, all positive examples are weighted by a certain coefficient. It is used in scenarios that involve class imbalance.

Lovász-Softmax loss
This loss performs direct optimization of the mean intersection-over-union loss in neural networks based on the convex Lovasz extension of sub-modular losses.

Other losses worth mentioning are:
These are just a couple of loss functions used in image segmentation. To explore many more check out this repo.

If you are still here, chances are that you might be asking yourself where you can get some datasets to get started.
Let’s look at a few.
Common Objects in COntext — Coco Dataset
COCO is a large-scale object detection, segmentation, and captioning dataset. The dataset contains 91 classes. It has 250,000 people with key points. Its download size is 37.57 GiB. It contains 80 object categories. It is available under the Apache 2.0 License and can be downloaded from here.
PASCAL Visual Object Classes (PASCAL VOC)
PASCAL has 9963 images with 20 different classes. The training/validation set is a 2GB tar file. The dataset can be downloaded from the official website.
The Cityscapes Dataset
This dataset contains images of city scenes. It can be used to evaluate the performance of vision algorithms in urban scenarios. The dataset can be downloaded from here.
The Cambridge-driving Labeled Video Database — CamVid
This is a motion-based segmentation and recognition dataset. It contains 32 semantic classes. This link contains further explanations and download links to the dataset.

Now that you are armed with possible datasets, let’s mention a few tools/frameworks that you can use to get started.

Hopefully, this article gave you some background into image segmentation and given you some tools and frameworks that you can use to get started.
We’ve covered:
For more information check out the links attached to each of the architectures and frameworks.
Happy segmenting!
This article was originally posted on the Neptune blog. If you liked it, you may like it there :) You can also find me tweeting @Neptune_ai or posting on LinkedIn about ML and Data Science stuff.