The ICO to STO Evolution is Complete. So, What’s the Difference?

In the blockchain industry, there is now a lot of talk about replacing the ICO with a new, more legitimate method of attracting investment, called an STO. However, this definitely is not something completely new. During the heyday of the ICO, entering the market with security tokens was not very popular, and even now, many projects, and the investors themselves, do not always understand the difference. In this article, I will explain what makes an STO and an ICO fundamentally different.

The principle of utility tokens is to give their holders access directly to the products and services of the company that issued the tokens. In addition, it is important to understand that, as a tool, it is not meant as an investment. There must be a specific use case within the system; in some cases, a discount or bonus on a product or service is a possibility, but again only within the project itself.

For example, this type of token does not give one the right to share in the company’s profits. Therefore, it is assumed that utility tokens do not fall under securities laws. This greatly facilitated the process of projects going to ICO, especially in legal terms, significantly expanding the base of potential token buyers.

Nevertheless, it can be assumed that with the development of a startup, the price (and value) of this kind of token may increase with the increasing demand for a product or a project service. Thus, the token’s utility did not prevent projects from collecting huge sums from their token sales, and it allowed the purchasers of these tokens to then resell them on the secondary market and either increase or lose their capital.

However, a large number of scam artists were quickly attracted to the industry, and this applies not only to those who in one way or another tried to deceive and / or steal from, projects. The projects themselves would often go to ICO with rather illusory ideas, and with one sole purpose — to attract and collect investment. Then, in practice, it followed that rank-and-file investors had no protection from this at all. Many projects did not fulfil their established plans or promises, some simply disappearing altogether or giving up on further development.

In concluding my discussion of ICO’s, I must say I think this method of raising money for projects has a solid justification for existing, and most likely will continue to do so in one form or another. Good, solid projects with the correct tokenomics and marketing will continue to thrive in their own community, and will always have their investors. Moreover, there will definitely be projects for which the utility token is a suitable investment model, and where it is truly utilitarian in nature. Indeed, the situation has gradually brought the market to the point of searching for a compromise that primarily benefits investors by protecting their interests.

It is quite evident that all market participants are moving en masse from the ICO to STO model to attract investment. This issue was raised in a personal conversation with Artur Boytsov, Vice President of Priority Token, one of the TOP-3 agencies according to evaluations published in both Hacker Noon and Bitcoinist. Artur said that STO’s or IEO’s today are showing excellent results for both projects and their investors.

The STO Model Enters the Scene

From behind the curtain of fundraising, the STO has now appeared on the scene. Again, security tokens appeared on the market during the active surge of the ICO, and this method of attracting investment has been discussed for a long time. However, for the most part, until recently, companies expressed more of a preference for ICO’s. Frankly speaking, this can usually be explained by a reluctance to provide investors with significant benefits (which I will write about later) and, just as importantly, to go through a more complex legal framework, which is required if you correctly go into an STO.

So, what actually is a Security Token Offering and what are security tokens in actual fact?

Security tokens, in fact, can be equated to securities. For example, they can give their owners ownership, and are regulated accordingly. Therefore, in the US, the SEC has ruled that security tokens are subject to the same federal laws as standard securities.

This type of token can be supported by company assets, such as stocks, the right to receive dividends, or the right to vote. And, undoubtedly for investors who believe in the company, this is a more transparent and safer type of investment.

Since financial regulators consider these types of tokens to be securities, their holders are protected, and, most importantly, are granted real rights.

There are three Main Categories of Security Tokens:

When offering an STO with this type of token, each token is the equivalent of stock in the company, thereby giving owners equal voting and dividend rights; these owners are considered equal in all ways to actual shareholders.

These are suitable for organizations that sell physical goods, such as real estate, gold, and so on. Thus, the tokens can be protected by the reserves of underlying assets.

In contrast to the tokenization of shares or assets, this type of token security is essentially a debt promissory note, with the subsequent repurchase of these tokens from investors.

As you can see, these categorizations are quite similar to those in a classical stock market. In addition, more often than not, STO’s offer their investors genuine benefits: dividends, equity, voting rights, rights to the distribution of profits, the right of redemption (buy-back rights) and so on.

Who Invests in STO’s?

Apart from the tokens’ functionality, they have several fundamentally important features, some of which distinguish those issued via STO’s versus ICO’s.

First, security tokens must be registered with the appropriate financial authorities, including those with jurisdiction in the issuer’s country and geography of potential sales (for example, the SEC in the USA). This is a major advantage in that it provides additional security and transparency for investors. Nevertheless, it significantly increases the legal costs for the project in order to comply with financial regulations and rules in this market.

Secondly, the fact that security tokens are equal to securities in regulatory terms restricts the type of investors who can invest in this type of token. In fact, only accredited investors can invest.

This narrows the possibilities of STO offerings available for public sale. Most ICO’s were geared toward attracting the largest number of investors without capital or geographical limitations. On the other hand, on average, each STO investor makes a significantly larger amount of investment compared to the ICO investor. At the same time, the names of some STO investors are so well known that the very fact of their financial support can be an excellent media opportunity for a startup.

This more legitimate investment type always leads to restrictions that can be significant for the general public of small private investors, but for professional investors, are already routine.

Another alternative to the ICO is now appearing — Initial Exchange Offerings (IEO). The main difference between these methods of attracting investment lies in the key role of the exchange, which selects amongst the most promising and viable projects. Fifteen crypto-exchanges have, in one way or another, begun working with the IEO investment model on their sites. 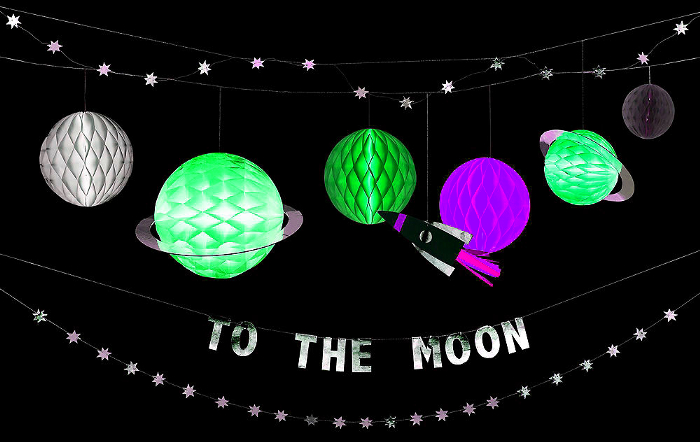 With ICO’s, the listing of tokens on exchanges may not be made immediately, but several months after the completion of the token sale. In the case of an IEO, the exchange is a key partner for the organizer of the alternative token sale from the very start of the process. So, the organizer issues tokens and sends them to the exchange. The exchange, in turn, distributes digital assets among interested investors who are verified users of the trading platform.

Instead of the usual ICO investor sending funds by means of a smart contract, the IEO participant needs to register (and, as a rule, be verified) on the exchange, transfer funds to an account and, once the token sale has started, buy coins from the exchange directly.

The agreement between the exchange and the organizer of IEO may contain various conditions: maximum sales of tokens per investor, a predetermined asset price, hardcap and softcap, percentage of sales and a fixed amount of funds for the trading floor, distribution of marketing costs, etc.