First and foremost, I look stupid in t-shirts. They over-accentuate my square shoulders and broad, flat chest. Their non-tailored and flimsy fabric makes it look like I’m smuggling a jelly roll in my waist. Women’s fit t-shirts are the worst. In their attempt to fit women, they are so snug under the armpits, they make sure I sport perpetual pit stains.

But alas, t-shirts are a major part of tech culture. I have an entire drawer at home dedicated to them. All with clever sayings like “HTTPster” or “Plan Ahead” with the “D” ragging off the side because the designer clearly didn’t plan ahead (get it?).

All my T’s are in women’s sizes, you know, to be inclusive, and are supposedly tailored for my feminine features. That is, of course, if you think cotton crewnecks are sexy. And how can anyone complain about free clothes? I will literally never have to buy another t-shirt again!

But I hate them. All of them.

I blame Mark Zuckerberg. The t-shirt was once his not-so-subtle middle finger to the tailored-suit, shiny-shoe, belt-wearing corporate “man”. His non-fashion fashion statement spread through the tech community, empowering all to expand the bounds of casual Friday to everyday.

Not long after, the t-shirt became the Silicon Valley uniform, the symbol for “I’m above your dress code.” And while we’re at it, I’m not going to work in a cubicle anymore, either.

Eventually, t-shirts became a mainstay in tech “fashion” (if you can even call it that). They were less about saying f-you and more about personal freedom to wear what you like. They empower people to feel at home, even at work. They give everyone a chance to declare their ideals on their own personal billboard.

T-shirts are the new business casual

But here’s the thing: t-shirts have become the new business casual. Once a counterculture movement that represented inclusivity, t-shirts have now become exclusive. Exclusive because t-shirts are a male-led fashion trend.

As a woman, t-shirts never felt like my rebellion, they felt like my attempt to fit in. Let’s be clear: I would never wear a t-shirt in my free time. Ever.

T-shirts don’t make me feel feminine or free or smart. They make me feel lazy and fat. Yet I feel a bit out of place when I wear something nice to work. If I wear high heels, people ask where I’m going. If I put on a blazer, they wonder if I have a job interview. Now don’t get me wrong, I love the freedom to wear anything I want to work. It makes me less stressed and happy to know that most people simply don’t care, or even notice, if I wear hoodie or a blouse.

I can see how the idea of a dress code, business casual and casual Fridays, can feel constricting and stifling. I’ve been there. I’ve worked in corporate offices that tried to grasp on to the last threads of superiority with their literal white collars, where jeans were barely tolerated and flip flops were a direct insult. I know what it feels like to suffocate behind a cubicle and channel Peter Gibbons.

So when I moved to Silicon Valley on my grand escape from the Lumbergh’s of the world, I couldn’t wait to get my hands on some nerdy t-shirts and hoodies. I wore them with pride around San Francisco, like I was sporting the logo of my alma mater. Like, yeah, I work in tech, I can wear whatever the hell I want, bro!

However, recently, I’ve been speaking at some conferences. At the conferences, many of the male speakers wear t-shirts on stage with jeans. Some even sport flip flops. At a conference in Lisbon, I tried it out, thinking, this is just the uniform, you have to represent the culture of Silicon Valley, that’s what the people want. So I wore a t-shirt and a blazer. The “Tech-Bro Uniform,” as my friend pointed out.

That’s when it hit me. It’s a tech BRO uniform. It is not an outfit I personally feel like my best self in. Looking back, I think I just looked stupid. I’m not saying other t-shirt wearers look stupid. To the contrary, anyone that feels great sporting their favorite T, projects that feeling and looks great, too. But that’s not me.

So if the t-shirt culture is really about freedom to be your authentic self, freedom from rules or prescriptive cultural standards that hold some up and keep others down, then I’m just going to say it: I don’t want to wear ’em anymore.

I want to look put together, powerful, smart, and pretty, like Claire Underwood. And the clothes I wear are part of what makes me feel like that. I don’t need to subscribe to tech-bro culture just because I’m in tech. I’m a woman in tech, and I get to define what that means. And for me, it means no more damn t-shirts.

If you like this blog, follow me for more thoughts on tech, collaboration, productivity and being your authentic self at work.

How I became my most productive self with personal OKRs
OKRs are a great framework for making decisions. Read how I used them for my personal goals, and advice for how you…medium.com How to Make Requests Over Tor Browser Using Python

10 Podcasts That (Happily) Steal 15+ Hours From Me Every Week 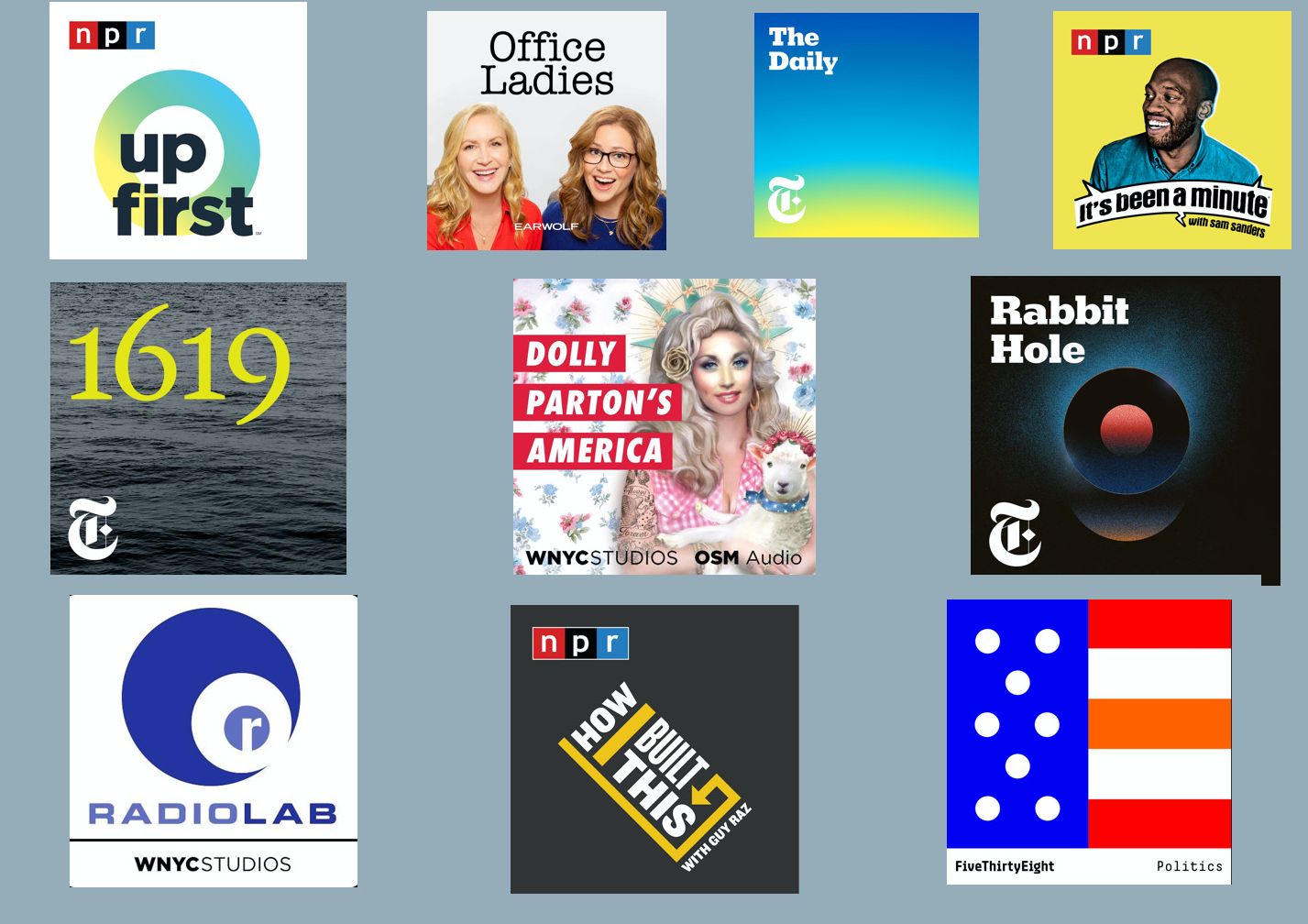