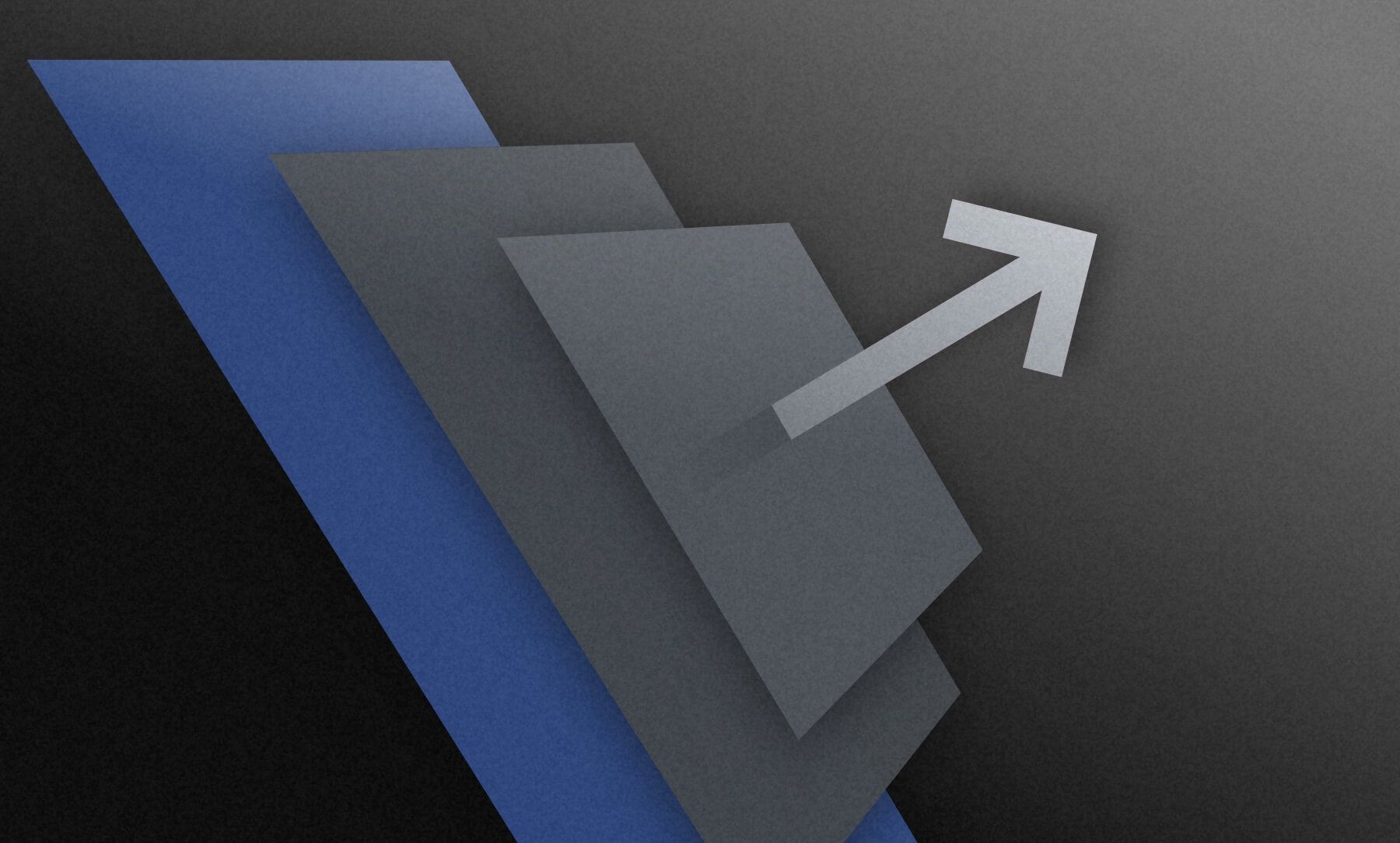 If you've developed products before, you know there are two huge traps you can get stuck in because building web apps the traditional way is so damn hard:

Remake solves this predicament by pulling it out at the root: it makes building an app so damn easy that all your reasons for not shipping it disappear. 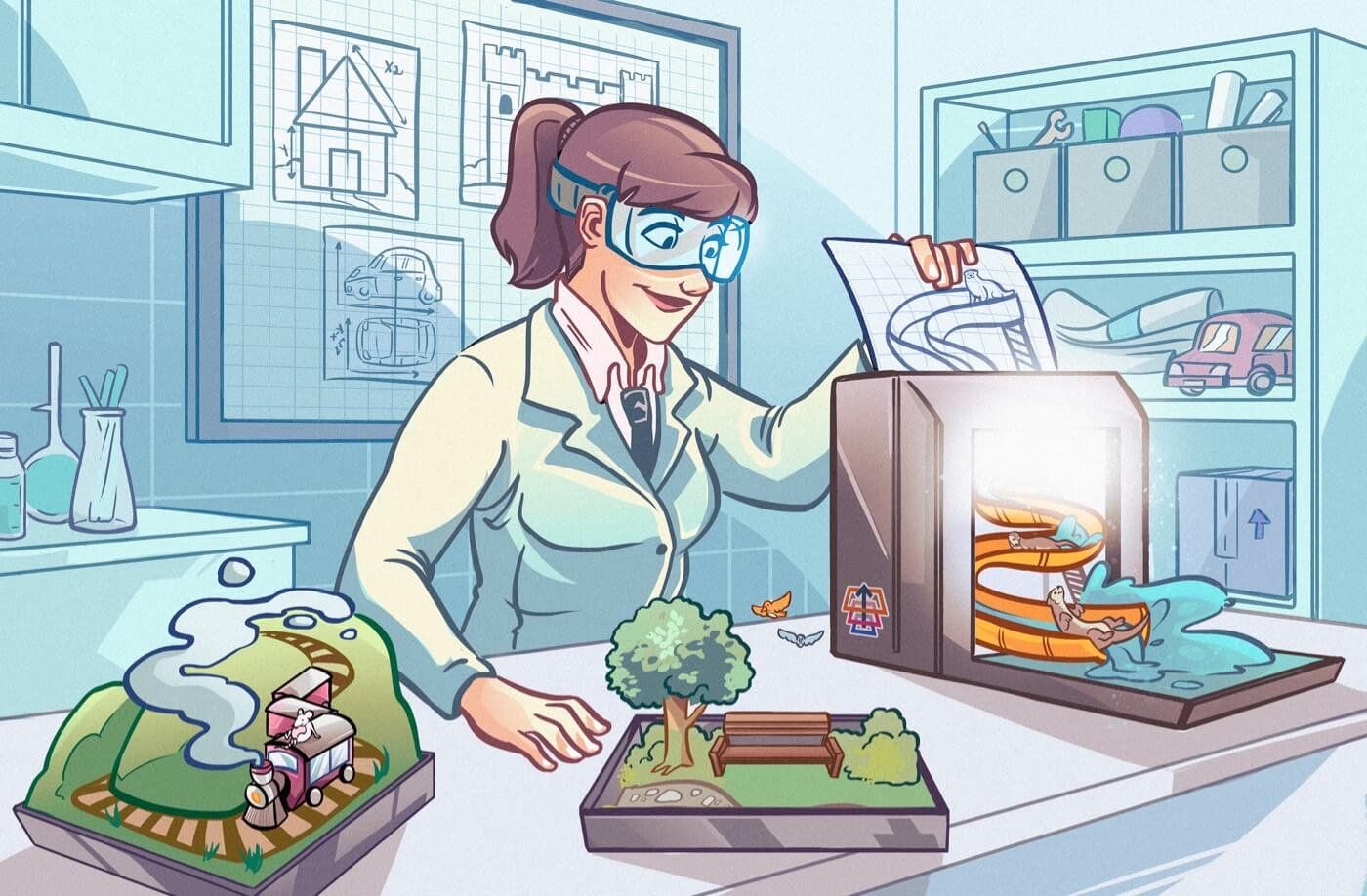 Remake is a new type of framework whose goal is to make building web apps feel more like doing a quick sketch and less like painting a masterpiece.

What if you could use regular HTML to build a dynamic, editable website in about an hour? Well, we’ve got news for you — Remake makes this a reality.

Remake wants to help you, above all else: Find product/market fit.

Our goal is to speed up this process:

So, what is Remake, really?

Well, have you ever created a really nice design and wished people could just start using it? Remake lets you do that. Remake provides a simplified structure for what a web app can be, allowing you to take big shortcuts and speed up your workflow.

Remake works by redefining what HTML can do. It transforms HTML into a language that's purpose-built for making interactive websites. Simply put, Remake makes it possible to build a web app entirely in your front-end code.

With Remake, you can transform an HTML + CSS template into a fully-functional web app in minutes. 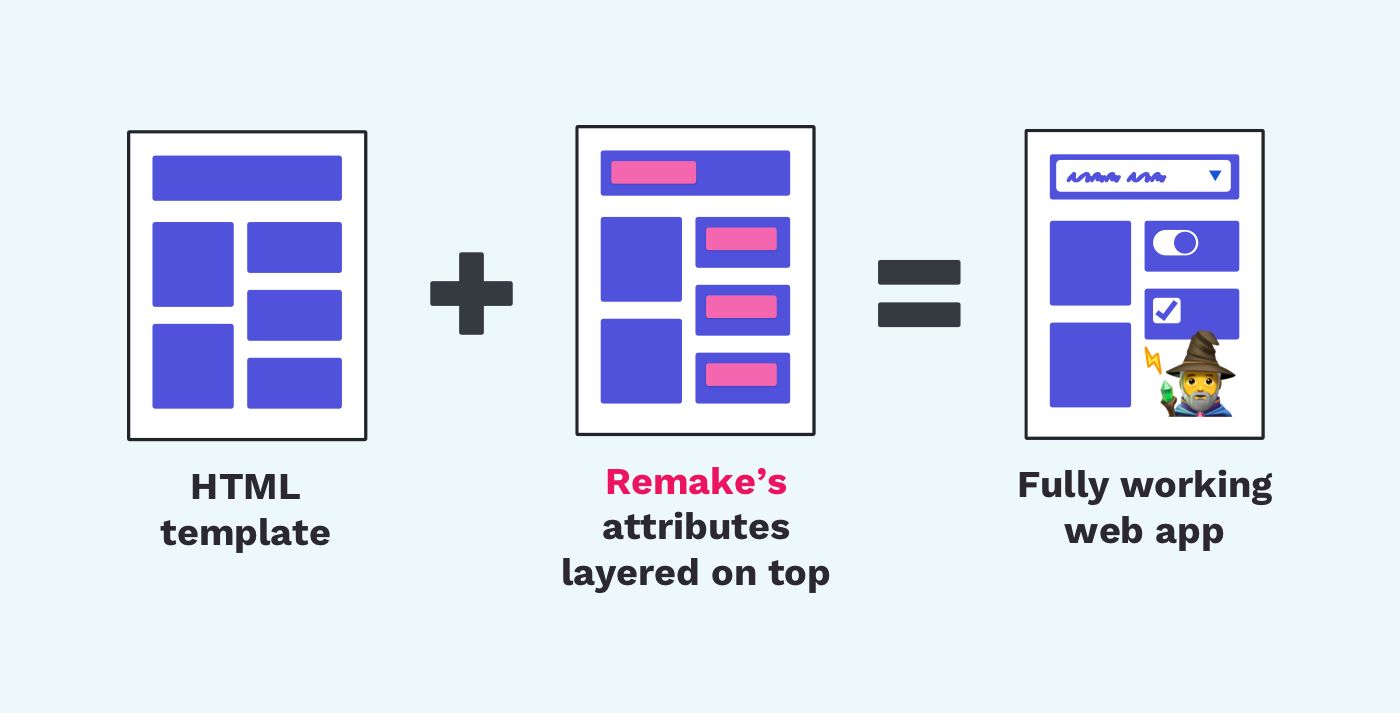 Remake assumes that most of your app’s data will be:

Remake features powerful, built-in components that will allow your users to create, edit, and delete data from the page, while also creating a direct link between your HTML’s state and your back-end state so it can keep them in sync.

In most apps, HTML is already used for organizing and displaying data. The only thing it’s missing (before it can be used for building dynamic web applications) is the ability to save data in a separate location so the page can be re-rendered later.

A Language for Building Web Apps

Remake adds what's missing from HTML to transform it into a simple, declarative, and powerful language for building web apps.

And your users will be happy with your Remake web app as well!

Build a Photo Blog in Only a Few Minutes!

With all of these powerful features, it only takes a few minutes to create a delightfully simple web app out of a few HTML + CSS files. With Remake, you can get back to shipping and everything else will be taken care of for you!

Remake is ready for your big idea. What do you want to make today?

"Intro to Remake (Part 2)" is coming soon. Sign up to hear about it!

Related Stories
Subject Matter
Publish Your First Brand Story for FREE. Click Here. by @Hacker Noon
#promoted
Coding For The Generation Alpha: Should Our Kids Learn Java Or Python? by @sundayadenekan176
#java
7 Tech Trends Reshaping the Retail Industry by @mobidev
#future
Binance Smart Chain vs. Ethereum: Let's Look at the Stats by @rubicfinance
#cryptocurrency
300 Scholarships Up For Grabs at The School of Cloud Computing Courtesy Udacity and SUSE by @udacity
#cloud-native
What Is Local Storage In JavaScript And How To Use It by @RAHULISM
#web-development