How To Tune LightGBM Parameters 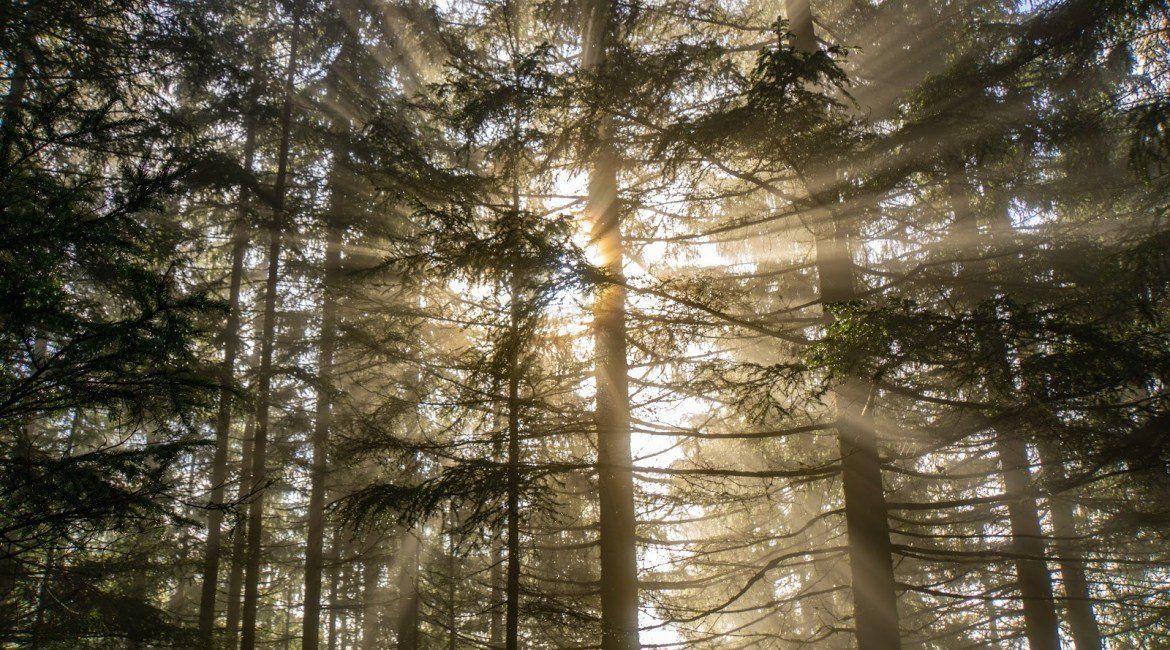 I’ve been using lightGBM for a while now. It’s been my go-to algorithm for most tabular data problems. The list of awesome features is long and I suggest that you take a look if you haven’t already.

But I was always interested in understanding which parameters have the biggest impact on performance and how I should tune lightGBM parameters to get the most out of it.

I figured I should do some research, understand more about lightGBM parameters… and share my journey.

As I was doing that I gained a lot more knowledge about lightGBM parameters. My hope is that after reading this article you will be able to answer the following questions:

With LightGBM you can run different types of Gradient Boosting methods. You have: GBDT, DART, and GOSS which can be specified with the “boosting“ parameter.

In the next sections, I will explain and compare these methods with each other.

This method is the traditional Gradient Boosting Decision Tree that was first suggested in this article and is the algorithm behind some great libraries like XGBoost and pGBRT.

These days gbdt is widely used because of its accuracy, efficiency, and stability. You probably  know that gbdt is an ensemble model of decision trees but what does it mean exactly?

Let me give you a gist.

It is based on three important principles:

So in the gbdt method we have a lot of decision trees(weak learners). Those trees are built sequentially:

The third tree learns how to fit the residuals of the second tree and so on.

All those trees are trained by propagating the gradients of errors throughout the system.The main drawback of gbdt is that finding the best split points in each tree node is time-consuming and memory-consuming operation other boosting methods try to tackle that problem.

In this outstanding paper, you can learn all the things about DART gradient boosting which is a method that uses  dropout, standard in Neural Networks, to improve model regularization and deal with some other less-obvious problems.

Namely, gbdt suffers from over-specialization, which means trees added at later iterations tend to impact the prediction of only a few instances and make a negligible contribution towards the remaining instances. Adding dropout makes it more difficult for the trees at later iterations to specialize on those few samples and hence improves the performance.

In fact, the most important reason for naming this method lightgbm is using the Goss method based on this paper. Goss is the newer and  lighter gbdt implementation (hence “light” gbm).

The standard gbdt is reliable but it is not fast enough on large datasets. Hence, goss suggests a sampling method based on the gradient to avoid searching for the whole search space. We know that for each data instance when the gradient is small that means no worries data is well-trained and when the gradient is large that should be retrained again.

So we have two sides here, data instances with  large and small gradients. Thus, goss keeps all data with a large gradient and does a random sampling (that’s why it is called One-Side Sampling) on data with a small gradient. This makes the search space smaller and goss can converge faster.

Finally, for gaining more insight about goss, you can check this blog post.

Let’s put those differences in a table:

Note: If you set boosting as RF then the lightgbm algorithm behaves as random forest and not boosted trees! According to the documentation, to use RF you must use bagging_fraction and feature_fraction smaller than 1.

In this section, I will cover some important regularization parameters of lightgbm. Obviously, those are the parameters that you need to tune  to fight overfitting.

You should be aware that for small datasets (<10000 records) lightGBM may not be the best choice. Tuning lightgbm parameters may not help you there.

Maybe this talk from one of the PyData conferences gives you more insights about Xgboost and Lightgbm. Worth to watch!

Note: If someone asks you what is the main difference between LightGBM and XGBoost? You can easily say, their difference is in how they are implemented.

According to lightGBM documentation, when facing  overfitting you may want to do the following parameter tuning:

In the following sections, I will explain each of those parameters in a bit more detail.

Lambda_l1 (and lambda_l2) control to l1/l2 and along with min_gain_to_split are used to combat over-fitting. I highly recommend you to use parameter tuning (explored in the later section) to figure out the best values for those parameters.

Surely num_leaves is one of the most important parameters that controls the complexity of the model. With it, you set the maximum number of leaves each weak learner has. Large num_leaves increases accuracy on the training set and also the chance of getting hurt by overfitting.

According to the documentation, one simple way is that num_leaves = 2^(max_depth) however, considering that in lightgbm a leaf-wise tree is deeper than a level-wise tree you need to be careful about overfitting! As a result, It is necessary to tune num_leaves with the max_depth together.

With subsample (or bagging_fraction)  you can specify the percentage of rows used per tree building iteration. That means some rows will be randomly selected for fitting each learner (tree). This improved generalization but also speed of training.

I suggest using smaller subsample values for the baseline models and later increase this value when you are done with other experiments (different feature selections, different tree architecture).

Feature fraction or sub_feature deals with column sampling, LightGBM will randomly select a subset of features on each iteration (tree). For example, if you set it to 0.6, LightGBM will select 60% of features before training each tree.

There are two usage for this feature:

This parameter control max depth of each trained tree and will have impact on:

Pay attention If you use a large value of max_depth, your model will likely be over fit  to the train set.

Binning is a technique for representing data in a discrete view(histogram). Lightgbm uses a histogram based algorithm to find the optimal split point while creating a weak learner. Therefore, each continuous numeric feature (e.g. number of views for a video) should be split into discrete bins.

The photo on LightGBM and XGBoost Explained

Also, in this GitHub repo, you can find some comprehensive experiments which completely explains the effect of changing max_bin on CPU and GPU.

If you define max_bin 255 that means we can have a maximum of 255 unique values per feature. Then Small max_bin causes faster speed and large value improves accuracy.

Training time! When you want to train your model with lightgbm, Some typical issues that may come up when you train lightgbm models are:

In this section, we will try to explain those points in detail.

Num_iterations specifies the number of boosting iterations (trees to build). The more trees you build the more accurate your model can be at the cost of:

Start with a lower number of trees to build a baseline and increase it later when you want to squeeze the last % out of your model.

It is recommended to use smaller learning_rate with larger num_iterations. Also, you should use early_stopping_rounds if you go for higher num_iterations to stop your training when it is not learning anything useful.

This parameter will stop training if the validation metric is not improving after the last early stopping round. That should be defined in pair with a number of iterations. If you set it too large you increase the change of overfitting (but your model can be better).

The rule of thumb is to have it at 10% of your num_iterations.

One of the advantages of using lightgbm is that it can handle categorical features very well.  Yes, this algorithm is very powerful but you have to be careful about how to use its parameters. lightgbm uses a special integer-encoded method (proposed by Fisher) for handling categorical features

The default value for it is “auto“ that means: let lightgbm decide which means lightgbm will infer which features are categorical.

But what happens behind the scenes and how lightgbm deals with the categorical features?

According to the documentation of lightgbm, we know that tree learners cannot work well with one hot encoding method because they  grow deeply through the tree. In the proposed alternative method, tree learners are optimally constructed. For example for one feature with k different categories, there are 2^(k-1) – 1 possible partition and with fisher method that can improve to k * log(k)  by finding the best-split way on the sorted histogram of values in the categorical feature.

One of the problems you may face in the binary classification problems is how to deal with the unbalanced datasets. Obviously, you need to balance positive/negative samples but how exactly can you do that in lightgbm?

There are two parameters in lightgbm that allow you to deal with this issue is_unbalance and scale_pos_weight, but what is the difference between them and How to use them?

Sometimes you want to define a custom evaluation function to measure the performance of your model you need to create a “feval“ function.

Use this function as a parameter:

Note: to use feval function instead of metric, you should set metric parameter “None”.

Most of the things I mentioned before are true both for classification and regression but there are things that need to be adjusted.

The most important lightgbm parameters

You can learn about best default parameters for many problems both for lightGBM and XGBoost.

You can check it out here but some most important takeaways are:

Note: You should never take any parameter value for granted and adjust it based on your problem. That said, those parameters are a great starting point for your hyperparameter tuning algorithms

Finally, after the explanation of all important parameters, it is time to  perform some experiments!

I will use one of the popular Kaggle competitions: Santander Customer Transaction Prediction.

I will use this article which explains how to run hyperparameter tuning in Python on any script.

Before we start, one important question! What parameters should we tune?

By doing that you keep your baseline values separated from the search space!

First, we generate the code in the Notebook. It is public and you can download it.

Second, we track the result of each experiment on Neptune.ai.

If you have checked the previous section, you’ve noticed that I’ve done more than 14 different experiments on the dataset. Here I explain how to tune the value of the hyperparameters step by step.

Try different types of configuration and track your results in Neptune

Finally, in the following table, you can see what changes have taken place in the parameters.

For more detailed information, please refer to the resources.

This article was originally posted by MJ Bahmani and posted on the Neptune blog.