How To Identify Scam ICOs 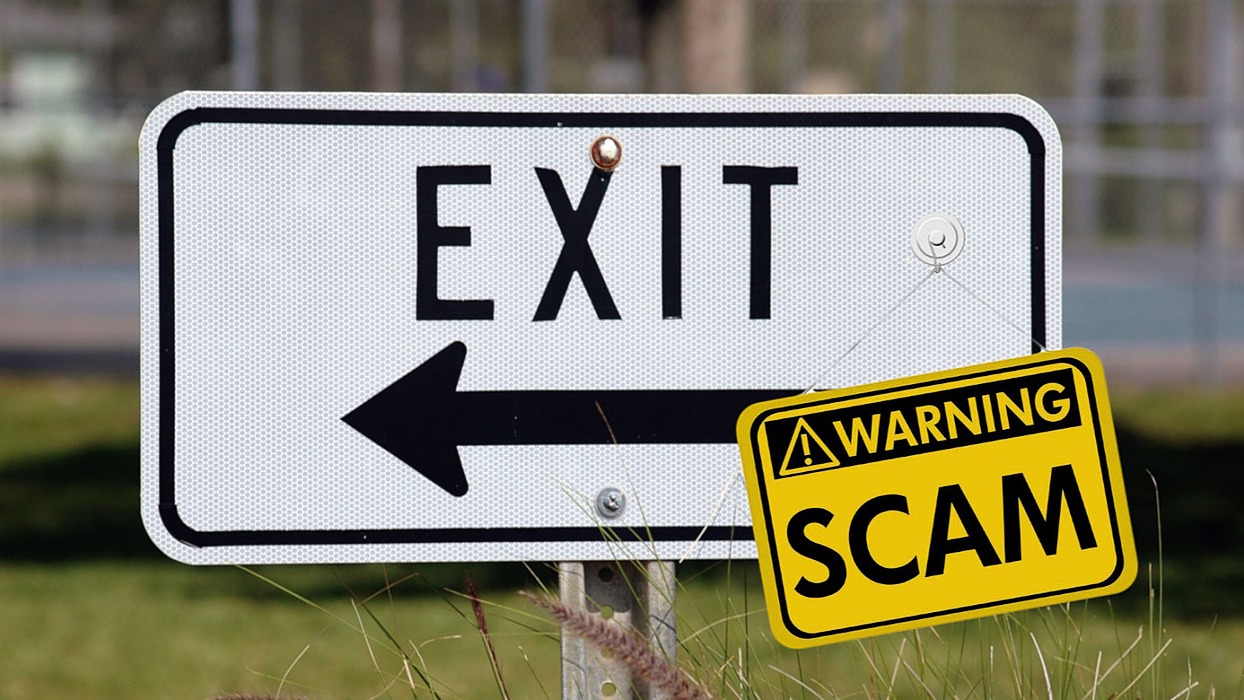 Scammers are nothing new. They have been around us for ages utilizing different mediums and resources to set traps. Progressing civilization and advancement in technologies create different loopholes that later get exploited and we, the people, pay the price. Crypto is one such universe, full of scams that are hard to spot.

Now, we will not indulge in the technicalities of how cryptocurrency works; we assume the reader knows, but if someone doesn’t, do read this. Also we do not have a universal rule to avoid falling for such schemes. But we will tell how cryptocurrency scam works, why do people still fall for it and how you can avoid being easy prey.

Over hundreds of thousands of people have been scammed, and they have lost loads of money. In 2018 alone, the amount lost to crypto crimes summed around 1.7 billion USD. The crypto criminals don't only rely on new techniques but also make good use of old school methods to deceive people into believing something unreal.

They use Ponzi Schemes and automated processes; sometimes they build legit-looking crypto firms and runaway. The point isn't what technique they use rather why crypto investors who are thought to be relatively smarter, become a victim, right?

The crypto market is volatile and unpredictable. The fraudsters use that fact to lure people, promising them high returns on their investment, even double their invested money.

Who wouldn't want that? Based on a lie, OneCoin, for example, claimed to be the next big thing. Possibly the next Bitcoin. It was described as a Ponzi scheme by many experts.

But by the time authorities got a sense of OneCoin's intent and arrested over a dozen of its representatives and seized over $2 million investors funds, the company had moved $350 million. Overall, the company managed to steal $3.8 billion with a cryptocurrency that didn't even exist.

iCenter is yet another orchestrator. It uses sophisticated technology. It's basically a scam bot scammers use to dupe people. They assure 1.2-1.5% of ROI on a daily basis. They run groups on the Telegram messaging app and attract rookie investors with eye-blinding strategies.

Those who believe, are allotted a wallet where they are asked to transfer their investment in Bitcoins promising withdrawal after hodling for 100-120 days. Similar to MLM, the recruited members are asked to recruit more people to increase their percentage of return.

Any successful crypto scam is a result of word of mouth. Once it starts operating, someone is bound to fall for it. Since greed is a bigger b**ch, someone will tell someone of the scheme and its benefits of astounding returns, and someone again would fall.

They could be a friend, family member or an office colleague. This cycle continues. For instance CryptoUnit is one of such dubious projects that hardly anyone is talking about is. It's walking in the footsteps of OneCoin and is no less ambitious.

The development of this project is carried out by the NEEW group of companies. For a long time, NEEW had another name, SWIG. Its an MLM with impressive numbers of subsidiaries and dozens of portals in different languages.

Coin or token offerings helped perpetrators. It sets the tone for the whole scam. A tool for crypto startups to gather funds for future use is an arsenal for criminals.

They can appear fully functional with a physical geographical location, a team, and a vision. Exit scams are prime examples. In 2017, Confido, a crypto firm, ran away overnight with $175,000 gathered through ICO.

In simpler terms, crypto scams are nothing but crypto startups. The only difference lies in the intentions. The business model, roadmap, or future plan could appear similar. While the legit ones make an effort and try to comply with regulatory bodies, fraudster firms flee as soon as they get money.

But when there are so many crypto firms around and a swift wave of crypto sweeping through the world, how would one spot the nuances?

The most crucial thing deciding whether a crypto firm is legit or not is the team behind it. Usually, when a legit crypto startup comes forward for crowdfunding their project, there’s always someone esteemed behind it—a renowned name who has achieved some milestone in the local, national, or global region—for example, names like Vitalik Buterin, founder of ethereum.

Fraudsters will imitate, boast, and even completely create a fake profile and biographies of a non-existent person.

When you come across a fascinating project that guarantees good return, do cross-check the people behind it. Research the main people, developers, and see if they have done similar in their past or if there is any kind of red flag.

Check their social media profiles like Twitter and LinkedIn. See how frequently they interact with followers and also take notice of likes and shares they get on their posts.

Profiles that are rarely active and yet manage to accrue a good number of likes and shares could be unreal. This may not always work, for example, NEEW or SWIG. People involved in that project are highly active and energetic. They seem to respond well and pretend legit.

Any project can have a website and its whitepaper elaborating on everything. From their vision to roadmap and success, the strength and weaknesses, legal hurdles and how they overcome it and what’s unique they bring to the table.

Go through their project. A fake one will have many flaws like plagiarized content, spelling errors and a flawed whitepaper copied from someone else’s project. It’s a telltale, a sign that you should stay away from that you’re heading towards a trap. Crypto startups with no vision or roadmap or whitepaper are likely to be a scam.

Scammers offer mouth-watering proposals too good to be true such as guaranteeing a double return on investment within a few months. That’s plain bull crap.

For example - the ongoing scam of Crypto Units by SWIG/NEEW holds glamorous events, be it educational or festival. In the events, the perpetrators manipulate investors into investing and what good CryptoUnit will bring them afterward.

Another example is BitConnect that once promised to turn an investment worth $1000 into 50 million within a small span of just three years. It can never be possible. If it were, everyone would be rich by now. Refrain indulging in such offers, and if you see anyone falling in the trap, help them.

One often missed point is the amount of money scammers spent on promotion, bright light for the swarm. They make use of every advertisement medium, hire influencers to talk about it, run full-page advertorials and what not. Genuine projects don’t have that much space to spend ridiculously on getting the words out. If you notice such anomaly, get out.

Coming to the biggest question....

Why do people fall for scams?

Greed and lack of awareness are and will always be the major factors. A psychological survey revealed that people would go for offers that would grant them some sort of compensation for free.

Everyone wants to earn more, and sometimes they’d go so deep into the quest that any fraudster claiming to double, or quadruple their investment would easily take advantage.

In order to have a bigger bank balance, the sense of right and wrong gets blurred and as a result, people fall.