How To Grow a Crypto Trading Fund [Interview with a CEO]

In the ever competitive and volatile cryptocurrency market, finding alpha can be a consistent challenge for funds and traders. Retail focused trading platforms now offer risky leveraged trades up to 125x leverage. While a very small percentage might beat the market, most will fail.

This is where professional funds and technology can help. We, at Estonia-based Bitsonar have managed to use artificial intelligence and complex mathematical models to gain an edge on the market.

Our start was humbling and success was found by connecting the right people to the right ideas and resources. Much of this is due to the vision and initiative of our CEO.

Marius Ziubka is a European entrepreneur, investor, project manager and philanthropist. He is best known as the co-founder and CEO of the Bitsonar investment fund.

Marius started as a highly effective project manager who managed to launch a software product created by a team of developers who needed a salesman to enter this highly competitive market. 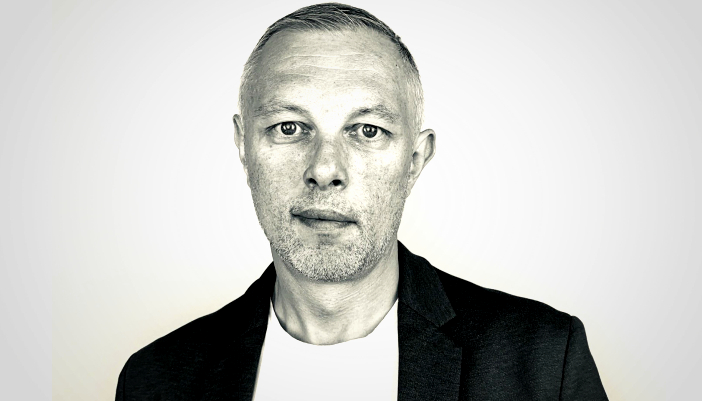 During his career at Bitsonar, Marius held the positions of advisor, chief executive officer (CEO) and eventually became one of the shareholders of the company. He is one of the best-known entrepreneurs and pioneers of the cryptocurrency trading software revolution of the past decade.

To learn more about Bitsonar's progression in the industry, Marius explains the company's early days and next phase.

Marius Ziubka: Like many people before I didn’t actually know anything about cryptocurrencies. It was a buzzing word as everyone started to talk about the digital economy and particularly blockchain. I had no idea and no knowledge of how to join it.

So, I decided to start by going to different conferences and forums to meet new people. In the middle of 2018 while at a conference in the Estonian Embassy, a lawyer and friend of mine introduced me to a team of developers. This changed everything for me.

I should mention that when I came to Bitsonar, there were only 4 employees. They were originally structured as a private family fund with only $200k of capital under management. Unfortunately, at that moment we were speaking in completely different languages.

They were telling me about the programming key, some other strange things while I was asking about potential customers, competitive advantages and markets for their product. They needed a strong manager to grow the business.

That is when my cooperation with Bitsonar started.  After some time and constant work on the project, I started looking for somebody to examine the algorithm.

As you may guess, it was a really difficult task because of the lack of specialists in that sphere. During one of the conferences, the marketing manager from EXMO introduced me to Pavel Lerner.

I offered him to take a look at our product and give us some feedback and his opinion on it. He was interested in the project and we offered him a role to become the Lead Advisor of Bitsonar. After Pavel made some improvements, we were ready for the public launch.

The company has 108 employees in offices operating in 48 countries, mainly in Europe. We never thought of such quick growth and the numbers we have now exceeded our expectations.

We've gone through a lot of change during this year. Competitors were trying to discredit us, but the only thing they managed to do is to make us more popular. The more people know about us, the more interested they seem to be about Bitsonar.

Many of them have even become our investors. In November, we managed to produce 16% profits for our investors - something we are extremely proud given the state of the market and the returns of other funds.

3. What are Bitsonar's distinct competitive advantages?

Marius Ziubka: For external consumers, we have made it extremely easy and user-friendly to get exposure to this emerging asset class. From a trading perspective, our technology and developers are our proprietary advantage in the market.

Everything we do is quantified and supported by complex mathematical models and high-precision algorithms.

To expand on this, we do extensive research on the top 10 largest crypto exchanges, social networks, and search trends. We understand where the retail and institutional demand comes from. We then create trading hypotheses that are rigorously backtested.

Our real advantage is with speed and execution and this is due to AI. Our algorithms are able to react to price signals and market moves in a matter of milliseconds, allowing us to stay proactive versus reactive.

4. Are there risks with moving this quickly in a volatile market?

Marius Ziubka: There are always risks but Bitsonar has a rigorous risk management system in place that includes automated risk management controls that double-check every trade being made by our bots.

We eliminate most of the human errors that can be made when trading by removing emotionally driven trades.

Additionally, our algorithms are self-learning, meaning that errors are instantaneously analyzed to reduce the likelihood of them happening again in the future. The system only gets more precise with more time.

5. What does the future hold for Bitsonar?

Marius Ziubka: Now, we are at a good pace for scaling to other markets. That's why our goal for 2020 is to enter new markets in China and South America. We also plan to open permanent offices in London, Paris, Moscow, Dubai, Hong Kong, Guangzhou and Singapore.

We are constantly improving our product. For now, Bitsonar is available on the web only, but we are working on the mobile app which will launch in 2020. We are excited to continue our development and focusing on providing the most value to our customers and partners.

To learn more about us, you can visit our website here.

"As A Silicon Valley Company We Are always tempted to “Go Fast And ...