About the Wright Brothers Journey to Accurate Wind Tunnel Data

I originally published this story for the Atlan Humans of Data publication.

Ever wondered what led to humans taking over the skies?

Sure, we all know the Wright brothers were the pioneers of controlled flight. However, do you know why two flight enthusiasts from Dayton, Ohio succeeded?

This is the incredible story of two 20th century humans of data. Read on to find out how their historic accomplishment fueled the age of aviation.

A desire to conquer the skies

In the late 1800s, governments had invested over a billion dollars in aviation projects by reputed scientists. However, the results were disastrous.

In 1896, American inventor Samuel Langley received a grant from the U.S. War Department to develop a piloted airplane. He failed after two crashes on takeoff.

In 1897, French inventor Clément Ader received funding from the French War Department to fly his steam-powered aircraft Avion III. He failed when the plane lost control.

In 1896, leading aviation expert Otto Lilienthal died after his glider lost control and crashed. He was the first person to make successful flights using gliders and recorded his experiments in his journal. 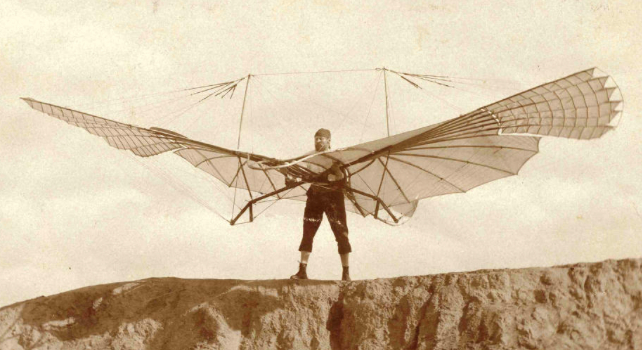 Otto Lilienthal, the “flying man”, with his flying apparatus in 1894.
Photo courtesy: The Lilienthal Museum

That’s why the question that stumped everyone was:

When even the most prominent scientific minds had tried and failed, how did the Wright brothers pioneer aviation?

The pioneers of controlled flight

While the Wright brothers were no scientists, they were entrepreneurs with a passion for aviation ever since their father brought home a helicopter-like toy. The widely publicized death of Lilienthal, an aviator whom the brothers greatly admired, reignited their desire to conquer the skies.

In 1899, the brothers began investigating years of research data from reputed scientists and aviators such as Langley, George Cayley, and Lilienthal. As successful entrepreneurs selling custom-made bicycles, they realized that flying, like bike riding, can only be done if you can control the flight—an insight that eluded other flight enthusiasts.

They considered their flying machine to be a system that required solutions for three main issues:

The solutions for the first two were well-established — wings and engines, respectively — and only needed some tweaking.

No one had cracked the secret to controlled flight.

To figure out how to control a flying machine, the Wright brothers observed large birds taking off and maintaining their balance against the wind.

They discovered that when large birds fly, they raise the tip of one wing while lowering the top of the other to steer themselves.

Using this insight, they invented wing-warping—the concept of twisting the wing structure. Warped wings allowed pilots to turn their gliders while maintaining balance. 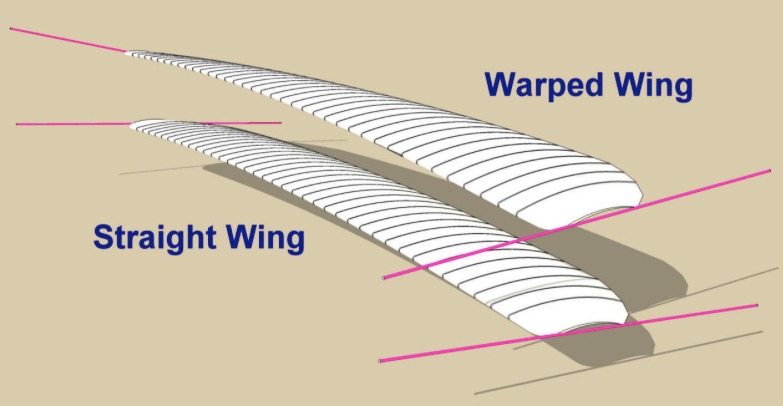 The difference between a straight and a warped wing. Photo courtesy: The Wright Brothers Aeroplane Company

Having put all the pieces together, in 1901, they ran their tests using unmanned gliders at the remote, sandy beach of Kitty Hawk, North Carolina.

After a few trials, Wilbur Wright decided to try piloting it himself. 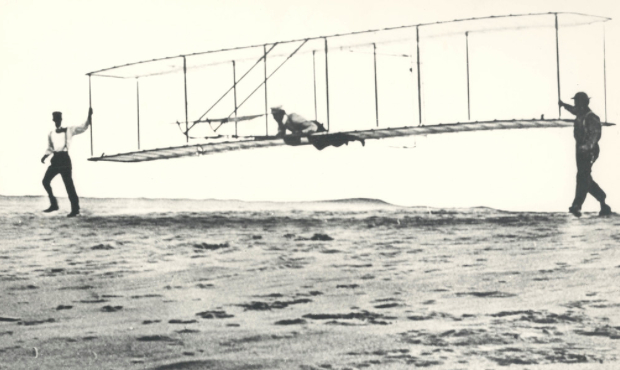 While no one got hurt, the trial failed miserably!

Not within a thousand years would man ever fly.

Wilbur Wright made this remark to his brother Orville after the Kitty Hawk trials.

The gliders produced a lift that was just one-third of what the brothers’ calculations predicted. Even after experimenting with the dimensions, the gliders wouldn’t lift, leaving the Wright brothers baffled.

That’s when they decided to recheck their data.

Just like every other aviator, the Wright brothers had used the scientifically-proven equation for lift and drag to design their gliders.

The lift equation used by aviators in the 1900s was as follows: 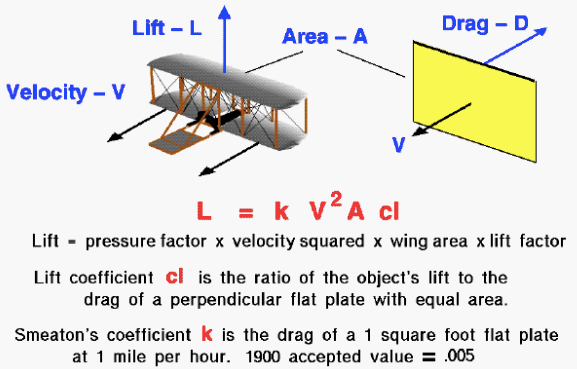 The lift equation from the 1900s. Photo courtesy: NASA

Of these, values such as the wing surface area, and wind speed were easy to measure. The brothers were confident that these weren’t causing the problem.

However, the lift factor and Smeaton’s coefficient (pressure factor) were all derived from the work of others. The brothers focused on these areas to determine the reason for their failure.

The 20th century humans of data

To measure these values, the brothers created a simple wind tunnel from scratch and started studying the effect of airflow on metal.

The wind tunnel was an enclosed square box with a fan fitted at the entrance, two metal balances to record the angles of movement, and a window at the top for viewing and recording data. 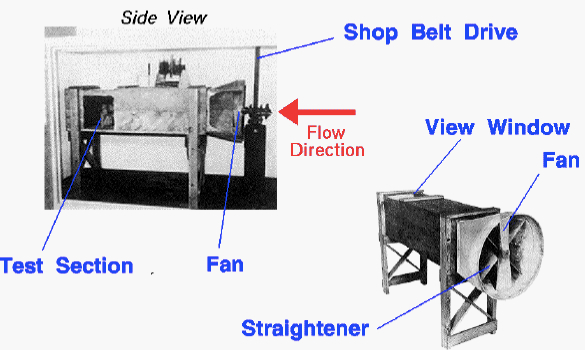 After running several experiments using the wind tunnel over four months, the Wright brothers recorded the most detailed data that humans ever had on designing an aircraft.

In fact, the accurate wind tunnel data we developed was so important, it is doubtful if anyone would have ever developed a flyable wing without first developing this data. Sometimes the non-glamorous lab work is absolutely crucial to the success of a project.

Since the 18th century, engineers had been using Smeaton’s coefficient to calculate the density of air. After running over 50 simulations using their wind tunnels, the brothers determined its value to be 0.0033, and not 0.005.

Engineers had been using the wrong coefficient value for over 100 years!

Fixing the Smeaton’s coefficient, they solved the problem of lift. They also used the data from wind tunnels to design wings with better lift-to-drag ratio and used them to build their 1902 flying machine, which performed significantly better than their previous gliders.

The dawn of the age of aviation

At first, Orville Wright flew The Wright Flyer for 12 seconds covering 120 feet at 6.8 mph, making it the first controlled flight. 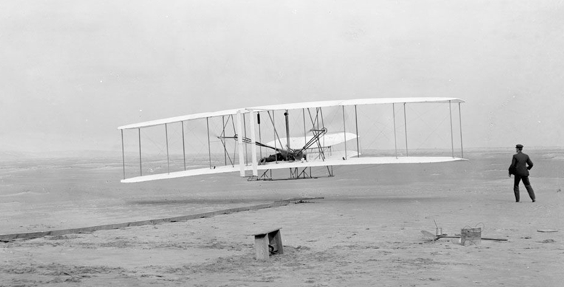 Six years later, the U.S. military signed a contract with the Wright brothers.

The recipe for achieving the impossible

Would two brothers have succeeded without questioning centuries-old assumptions?

Without defying popular beliefs held by scientists and aviators with far superior knowledge, expertise, and reputation?

The Wright brothers conquered the skies not just because they were enterprising and dedicated. They did several things differently, from doing their own research to building wind tunnels to validate their data and eliminate guesswork.

These 20th century humans of data are proof that with the right data, repeated experiments, and intellectual curiosity, you can achieve the impossible.

Author’s note: This article has been written after extensive research. As with many historical events, there could be many interpretations of a story. If you see anything that appears to be incorrect or have a different perspective to share, please leave your message in the comments below.

How Data Got Us To The Moon