Hey there!! I am a tech blogger working with PixelCrayons. Reading & writing are my passions.

It is a universal truth that the more the thing is simple, the more it could be understood easily. The same is the case with these technical languages too. Among various technical languages, Python is considered to be one of the simplest and effective languages.

If Python has placed to the position of “Simplest language” then it is obvious that it will make people do the process of web app development with more perfection. So there are various benefits of python applications in web development.

That is why most of the custom python developers prefer this technology as their career. According to opensource.com Half of all developers using Python as their main language also use JavaScript. JavaScript is used by 79% of web developers but only 39% of those involved in data analysis or machine learning. 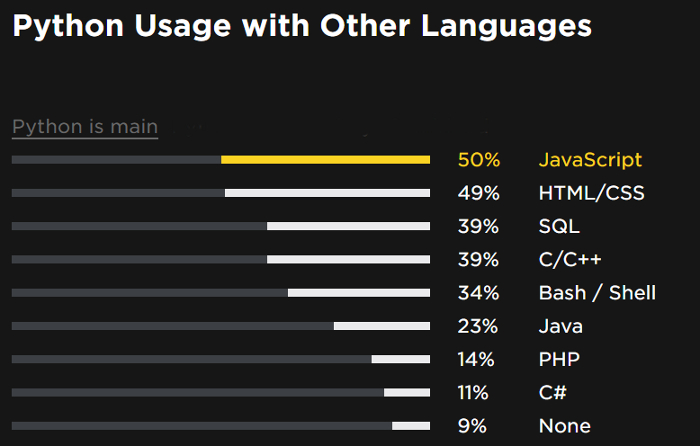 As it is already discussed that python is one of the simplest languages, so it is always beneficial to process web development with python. Now its time to see how Python is playing its role in social media websites.

Role of python in Social Media 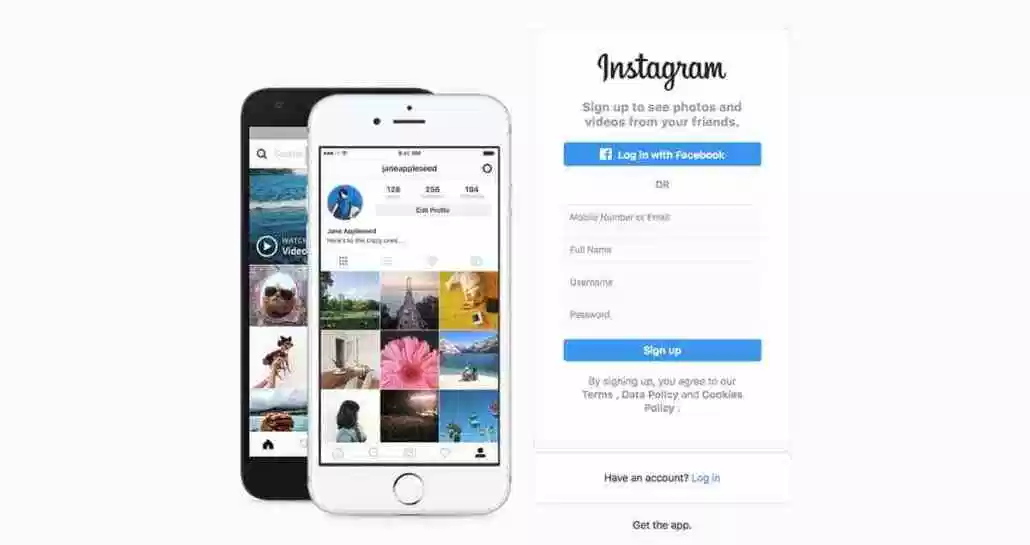 Instagram one of the most famous photo-sharing app uses python on its backend. Instagram is being used by 1 billion users around the universe. It has been considered one of the most effective platforms where more than 95 million photos are shared every day.

And it is true that this kind of highly-used platform runs on python. There is nothing to be denied that Instagram is the biggest python user all over the universe. According to Instagram’s engineering team,

Instagram currently features the world’s largest deployment of the Django web framework, which is written entirely in Python.

With the passage of time, Instagram has achieved progress in its size for the last two years. According to iamwire, In 2017, Instagram migrated most of its codebase from Python 2.7 to Python 3. As we can see, they have taken the Python/Django stack quite far already.

Following are some of the reasons for which Instagram has chosen Python: 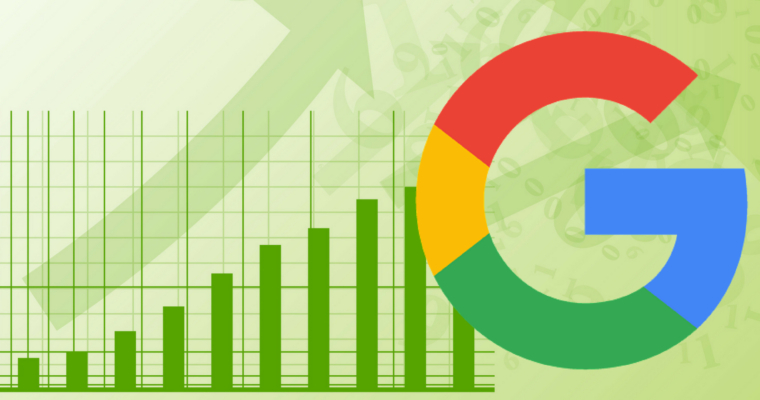 According to Google engineer, Alex Martelli, the history of how Google started using python in their tech stack has explained very well.

And further, he has also stated that:

It all got started, I believe, because the very earliest Googlers (Sergey, Larry, Craig, …) made a good engineering decision: “Python where we can, C++ where we must.” 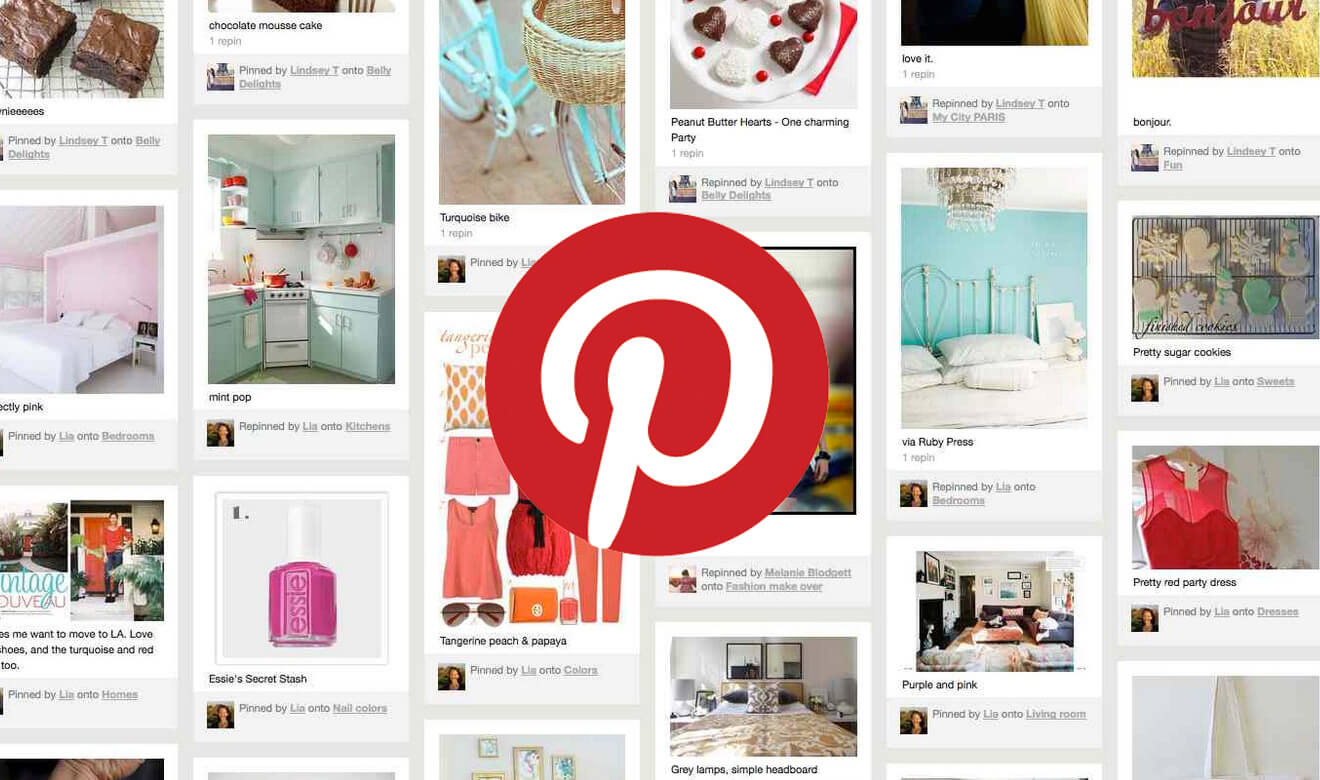 Pinterest is one of the renowned social bookmarking sites which helps the users to collect and share photos of their favorite events, interests, and hobbies

We use python + heavily-modified Django at the application layer. Tornado and (very selectively) node.js as web-servers.

Lets’ see the reason behind-

Why is Python a Good Choice to Develop an E-commerce Website?

Whenever some businessman plan to start a business especially of E-commerce which requires a lot of skills and knowledge, they first think to hire efficient developers who should be having proper knowledge of the particular language on which the particular website is decided to be made.

As it is already mentioned that Python is one of the simplest languages, so it is always good to hire python developers as developers can build a website with more perfection as Python language is easy to understand ad is a high-level dynamic programming language. According to edureka, the simplicity of the Python language in comparison to other languages is presented in this graph.

So, keeping in mind the simplicity and high efficiency of the Python various e-commerce websites are built using Python. Let’s see an example:

This is one of the examples of an E-commerce website which uses Python. Instacart basically deals with the delivery of the grocery products from the store according to your wish within one hour. It is becoming one of the most famous and quick grocery delivery apps which are based on Python. 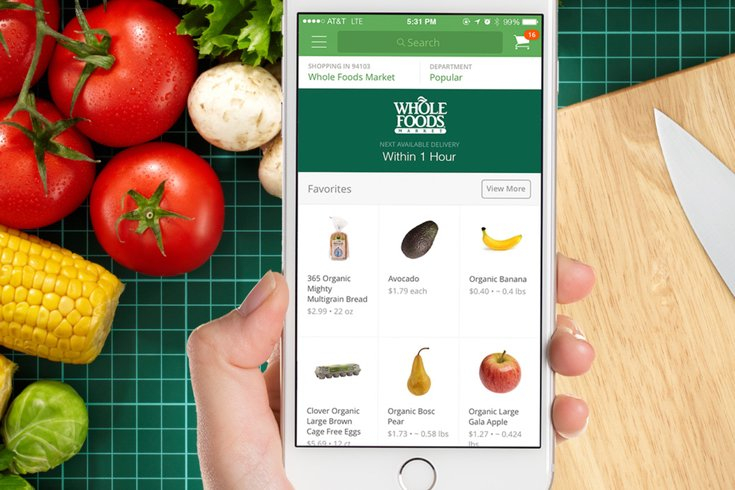 Now it is little important to know

Which Python framework is famous for developing E-commerce websites?

Django is one of the frameworks of python which has been considered as one of the best tools for web development. This framework was built in Python language and is having amazing functionalities that are very easy to apply. Apart from this, Django helps to develop tailor-made applications which help in developing robust E-commerce development projects.

Django is a free and open-source framework which is efficient to build better web applications with taking less time and use of shortcodes. That is why Django has been called “the web framework for perfectionists with deadlines.”

Let’s see how python has served in the transport industry. It is obvious because of the simplicity of the Python, it is being used for web development by various industries. Yes! The below-given features are the common reason that various industries are using this language.

According to Uber engineers, it has been surveyed that Uber, the ridesharing service, completes over 15 million trips daily. And 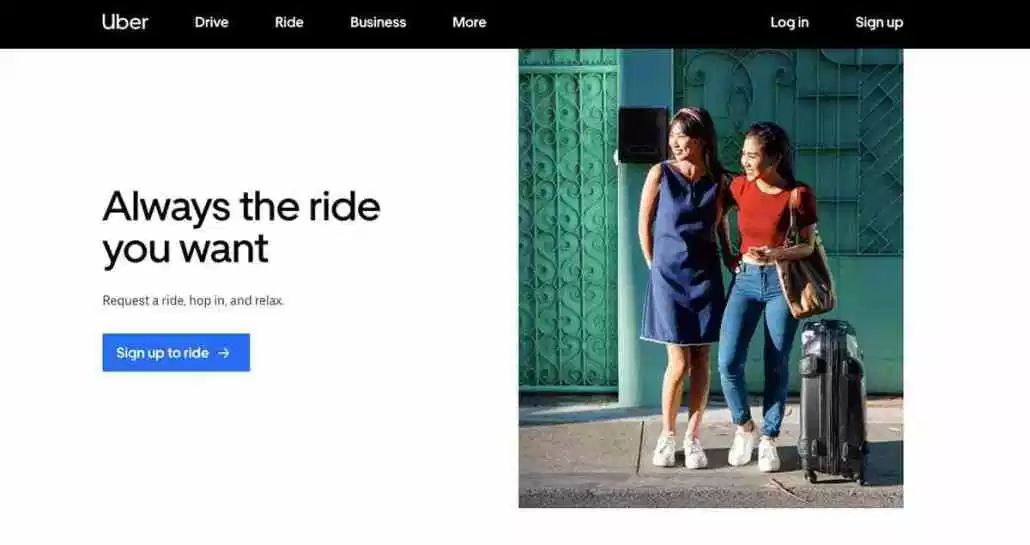 “At the lower levels, Uber’s engineers primarily write in Python, Node.js, Go, and Java. We started with two main languages: Node.js for the Marketplace team, and Python for everyone else. These first languages still power most services running at Uber today.”

Lyft has been considered one of the most famous and fastest growing ridesharing in the United States and is active in almost or more than 200 cities. According to aws, Lyft is facilitating 14 million rides per month. 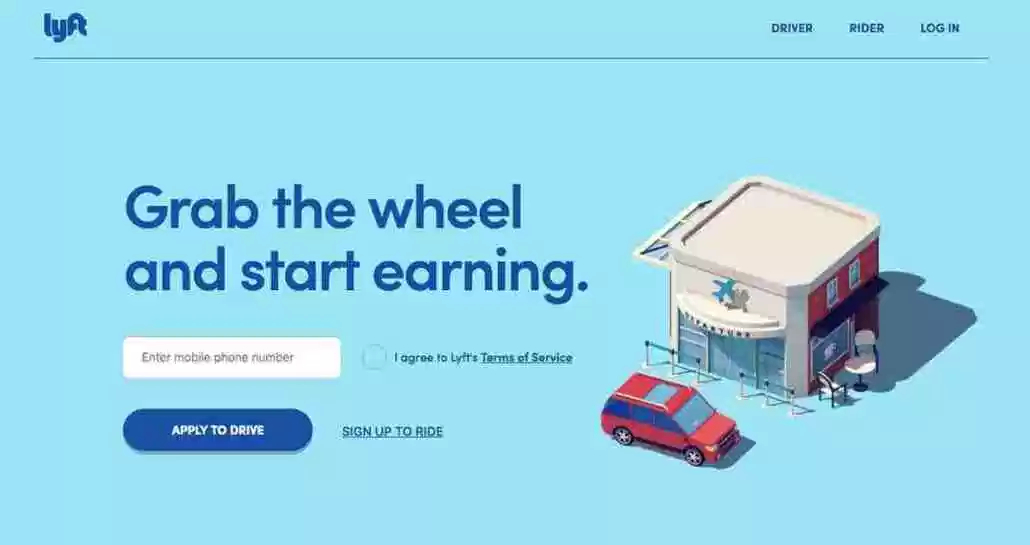 “Lyft is a big fan of Python. It’s quite common for services to utilize NumPy, Pandas, and PuLP to serve requests via Flask, Gevent, and Gunicorn. We use SciPy to fight fraud, we use Salt to provision hosts.”

Python is one of the most famous languages in the world because of its simplicity and high efficiency.

But till it is mandatory to know-

Is Python programming a good idea for healthcare software development?

Whenever there arises a need for developing any kind of healthcare software, the first thing that comes in mind is “Security”.

Yes! It is true that with the coming of electronic healthcare records, data security (patient’s privacy) has become one of the most important factors. Keeping into consideration this factor, it should be focused Is Python a safe language for building healthcare apps?

Well, let me tell you that there is no language that is fully secured, it just depends on skills and the practice of the developers which makes one particular language more secure.

Why Python in healthcare web development

According to rules and regulations, it is considered medical web development which is concerned with managing medical data and records is required to be protected under the HIPAA compliance requirements.

And the main advantage of using Python is that Python, Django, and other frameworks are totally agreeable with the HIPAA checklist and this one of the benefits of using Python language in healthcare web development.

Healthcare startups that use Python

Roam Analytics is a medical startup which helps in empowering biopharmaceutical and medical device companies with the help of comprehensive contextual data and machine learning along with the predictive insights they are required to make informed decisions, offer more efficient treatments, and get the best possible patient outcomes. The result was a comprehensive healthcare industry.

This is an NIH and VC-founded healthcare startup which with the help of artificial intelligence becomes able to confirm medical ingestion. As this clinically validated platform works on smartphones which help in reducing the risk and optimizing patient behavior.

Drchrono is another American healthcare startup which offers a Saas patient care platform which consists of a web and cloud-based app which helps doctors and patients in maintaining electronic health records.

So, you have well gone through the different applications of Python or it could be said that how various industries are making web app development with Python as their preference.

Keeping in mind this high preference of the different industries, various Python development companies are welcoming you to develop your web app based on business requirement. 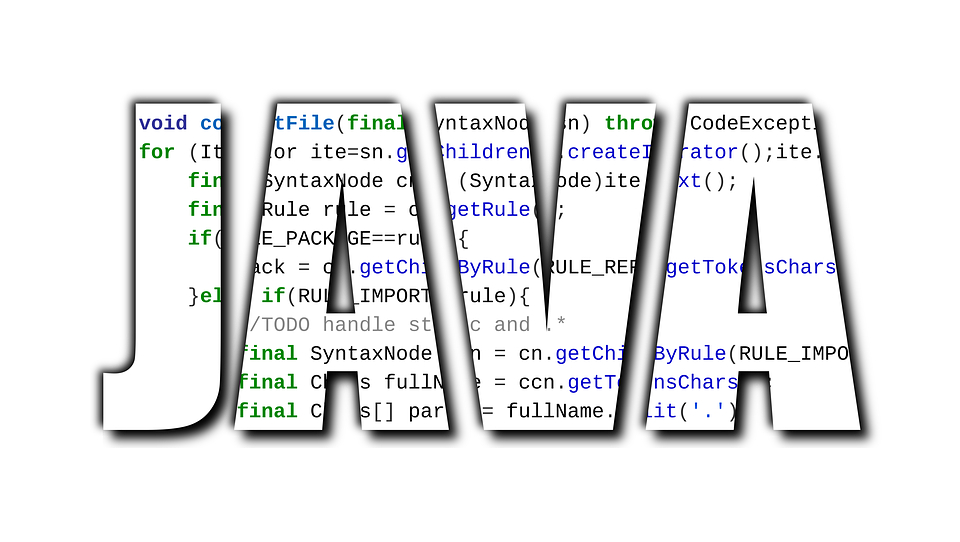 The Election's Over, but the Stress Remains. Are There Any Edibles ... 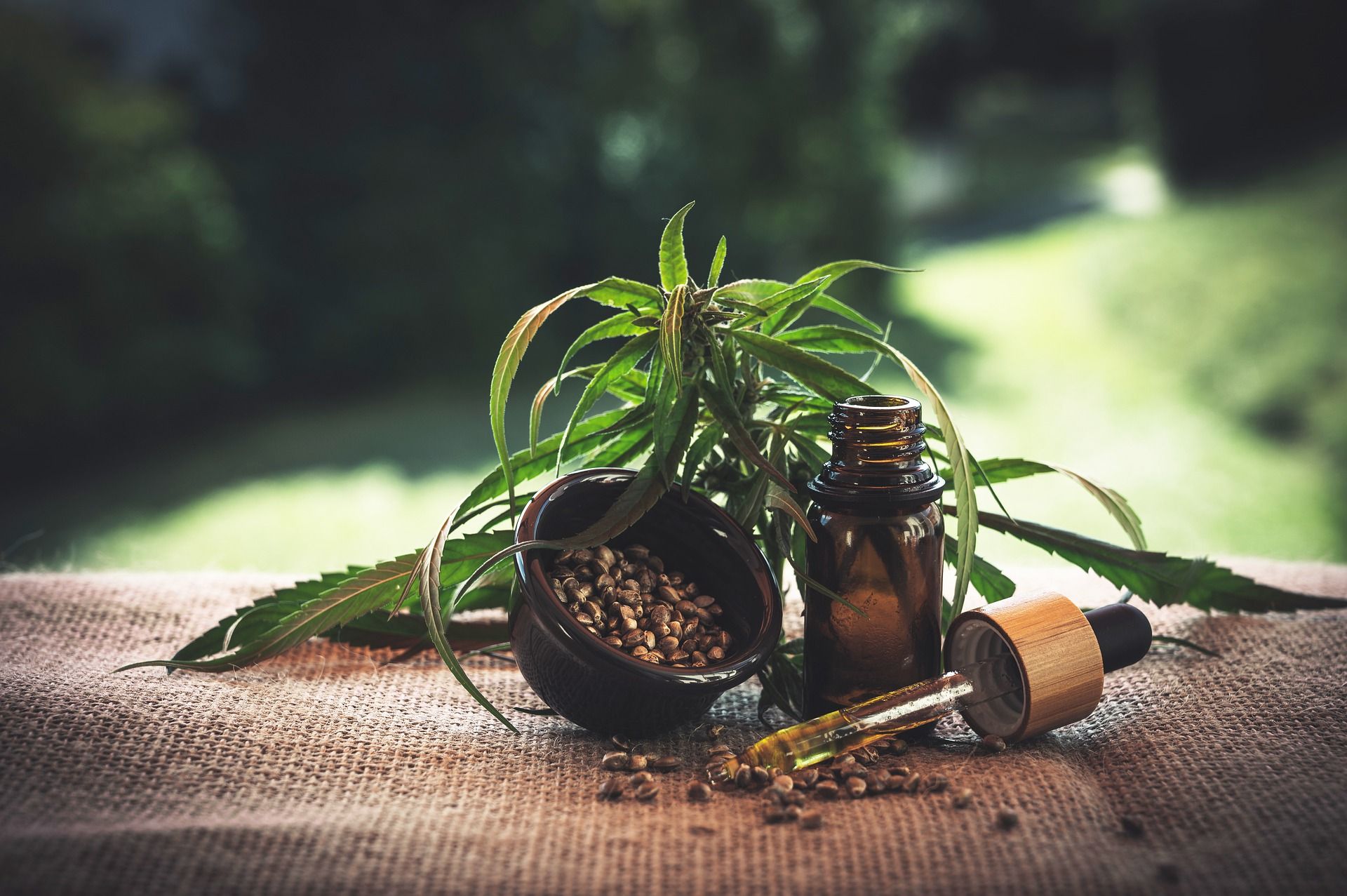