How One Blockchain Company BUIDLed Their Way to the Top 50 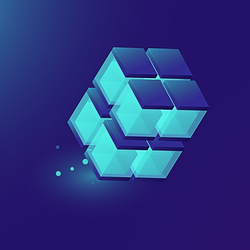 The future looks bright for the world of blockchain. According to Gartner, the industry will generate an annual business value of over $175 billion by 2025, reaching $3 trillion by 2030. However, while these figures are impressive, there’s much more to the story.
As businesses continue to leverage the functions of decentralized applications (DApps), obstacles remain for those building the underlying infrastructure. In reality, launching a blockchain project is often a daunting task, and the stakes are higher than ever as the hype cycle winds down.
According to CB Insights, investment in blockchain ventures is expected to hit $1.6 billion across 454 deals this year, a steep drop from the $4.1 billion invested in 2018.
But what does all this mean? In short, incumbent tech companies, blockchain-centric and otherwise, continue to capture and generate the majority of ecosystem value. All the while, newcomers face an uphill battle.

For these new market entrants, fierce competition, long-standing incumbent relationships, and big budgets remain a hindrance - but there is a path forward. In response to the obstacles facing new DApp ventures, platforms like Centrality are establishing start-up communities that aim to bolster the success of new DApp ventures.

By sharing resources; tech, human, or otherwise, DApp projects on the Centrality platform naturally increase their chances of success - a welcome boost in light of market data. According to a 2015 report from Quettra, the average app loses 77% of its daily active users (DAUs) within three days of the initial install. Within 30 days, the app loses 90% of DAUs, and within 90 days, it’s over 95%. In essence, most apps lose all of their DAUs within three months of launching.

When considering the implications of this trend across the decentralized ecosystem, the drop-off could be even more profound in the absence of a vast user base. As such, the Centrality platform offers immense value to community members looking for a safe place to experiment, innovate, and collaborate.

The industry’s recent experience with initial coin offerings (ICOs) highlights the shortcomings of existing start-up models. Once the engine of DApp funding, direct venture capital has eclipsed ICO funding for the last four quarters. But what does this tell us?

In general, it speaks to the risks associated with overzealous DApp development in the absence of proven concepts and adequate resources. On the Centrality platform, these risks are mitigated through a human-centric approach to each stage of the start-up life cycle. By allowing users to interact with a range of DApps within the same ecosystem, every project benefits from the consolidation of resources - a welcome change from prominent industry fragmentation today.
By leveraging this collective scale, DApp developers using the Centrality platform are more likely to overcome many of the incumbent startup hurdles. In turn, the trajectory of the existing startup lifecycle can be amended. When considering the primary obstacles to blockchain adoption, Centrality functionality is further galvanized.

As mentioned, many DApp projects have over-promised and under-delivered. And while blockchain remains a transformative technology, there are limitations to what it can do. In a survey conducted by the World Economic Forum, respondents expected a 24% return on investment (ROI) on their new blockchain projects. However, the reality is much lower at an average return of 10%.
Although the 2019 Gartner Hype Cycle for Emerging Tech still refers to blockchain market segments, it's apparent that the initial hype has passed. The Centrality platform responds to this trend by providing an environment where projects work on value-added projects rooted in reality.

Stakeholder Buy-In
Moving a blockchain project from proof of concept to production is impossible without stakeholder buy-in. The Centrality platform helps reduce the friction associated with this process by offering a more affordable, risk-mitigated approach to project development. Instead of making massive capital investments to start from scratch, projects can start using pre-built components out of the gate.
Capturing Ecosystem Value
At this point in blockchain market maturation, it's apparent that working with others is critical for successful blockchain implementation. To ensure consistent standards see application across the ecosystem, organizations must work collaboratively to overcome challenges. This approach reflects the intent of Centrality's platform, where DApp projects work together with a shared purpose.
Complex Legacy Systems
In many situations, tech companies begin exploring DApp development as part of a digital transformation project. However, this process can be expensive, especially when considering the investments made in legacy technology. Under these circumstances, Centrality’s catalogue of pre-built tools is particularly valuable, eliminating the cost of starting from scratch.
Uncertainty
In the WEF survey mentioned above, 59% of respondents said they had no confidence that the blockchain project would deliver a positive ROI before project commencement. As an emerging technology, this figure isn't particularly surprising, even in the face of limitations and scalability issues. The centrality platform helps allay fears of project success by dramatically improving scalability and lessening the risk of poor outcomes.

BUIDLing in the Centrality Ecosystem

Taking on incumbent market players with competing tech isn’t enough. As large organizations extend their advantage through machine learning, start-ups must leverage the values arising from collaborative processes. In this vein, the Centrality platform runs a consortium hybrid chain within the Ethereum network and uses several built-in improvements to performance and security.
This infrastructure has been built to better-serve community members by:
The Centrality ecosystem is made up of several underlying components, each interacting to provide a truly integrated development stack. This infrastructure underpins the primary building blocks of the Centrality platform.

Source: The Centrality White Paper
Sylo
The majority of DApp projects migrating to the Centrality ecosystem choose to build within Sylo, a decentralized communication app and associated user interface. Comparable to WeChat, Sylo operates as "an app within an app." This super-app has a user base of over 80,000 and the functionality to support thousands of future "mini-apps." When users download Sylo, they gain immediate access to all Sylo-based apps within one platform.
CENNZnet
For those companies that wish to create a standalone application, the public CENNZnet blockchain supports the development of consumer-facing DApps. Under this model, projects deploy their smart contracts, but also gain access to the Centrality Developer Portal - a resource containing all the necessary app-building tools. If a resulting DApp proves particularly valuable to the broader ecosystem, the community can upvote it to a protocol with additional privileges, such as SingleSource and Sylo.
PL^G
Although CENNZnet underpins the majority of business in the Centrality ecosystem, some projects may require the flexibility of a fully customized blockchain application. The Centrality PL^G toolkit enables the seamless development of custom blockchain applications. Whether private or public, companies can create a blockchain with ease, avoiding the hassle of starting from scratch. For those projects requiring highly specific functionality, PL^G provides ultimate flexibility.

When Centrality’s native CENZZ tokens were issued via an ICO in early 2018, all tokens on offer sold out within minutes - netting the company $80 million and placing it among the top ten biggest ICOs ever conducted. With a subsequent market capitalization falling in the top 50 (36th at the time of writing), ongoing performance speaks for itself.

Today, the Centrality platform is home to a diverse range of DApp projects, reinforcing initial expectations of robust adoption. Centrality apps have generated millions in revenue and have hundreds of thousands of users around the world - the Skoot app alone generates close to $100K a month. Based on the numbers, it's apparent that the ecosystem is gaining traction, validating its community-centric approach to DApp development.

BUIDLing the Future of Blockchain

As the competition for data, talent, and viable use cases heats up, the need for collaboration among start-ups will be essential to avoiding further industry consolidation. Facing this challenge head-on, Centrality offers a platform of services and a library of applications that act as DApp building blocks. Using this component-based model, startups are provided with ultimate flexibility over their projects while maintaining a cohesive feel across all ecosystem DApps.
In an industry ripe with impressively polished user interfaces, this standardization facilitates the delivery of comparable user experiences across the Centrality ecosystem. There's no denying the future of blockchain is bright, and the same is true of those start-ups that choose to BUIDL with Centrality.