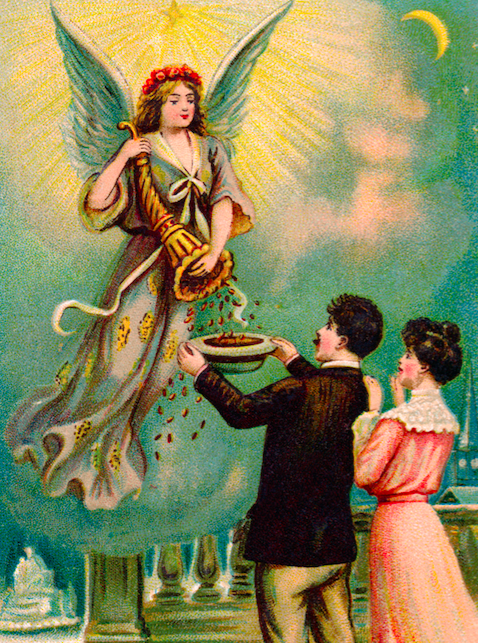 A lot of people in the cryptocurrency world are looking to increase their Bitcoin holdings. The proliferation of scams that seem to offer quick and guaranteed profits from minimal investments are a testament to this. Individuals have messaged me on social media offering ways to make easy Bitcoin fast. I’ve also seen dozens of posts from people promising amazing returns in exchange for sending them small amounts of crypto. While these are scams — real investment opportunities never guarantee profits and no one is just giving crypto away for free — they continue to exist for a reason. People are looking for ways to get Bitcoin for free.

Over the past two years, I have managed to get over $11,000 in Bitcoin without spending any money. How? Several different ways.

My first free Bitcoin came from faucets. I got a tiny amount, approximately 0.001 BTC. However, I really can’t recommend faucets as a way of getting free Bitcoin since the amounts they give out are so small. However, they are a fun way to learn about crypto and test out sending and receiving from a wallet for the first time. Indeed, my first Bitcoin transactions were faucets payouts. Yet, I didn’t keep doing them for very long. I quickly moved on to more lucrative activities.

I soon came across a platform that lets users reply to paid messages and complete tasks to earn Bitcoin. The platform sends an email when there is a task or paid message available. The tasks are simple and typically involve signing up for airdrops and/or newsletters. Most paid messages get you $1 in Bitcoin. However, some pay more ($5, $10).

I got more Bitcoin from doing surveys and small jobs online. There was, of course, the effort involved. The small jobs were time-consuming and annoying. They consisted of things like checking the URLs of businesses and making sure information was correct on directory websites. After doing these jobs for a few weeks, I quickly shifted my focus on the surveys, which are less annoying and slightly more profitable.

Of course, surveys are also time-consuming. They can take anywhere from 4–20 minutes to complete. Sometimes it’s hard to find ones you qualify for. Also, each survey pays out a different amount of BTC depending on the pool of respondents being targeted. For example, a survey about chocolate or beer is pretty open, usually wanting people of a certain age who consumed beer or chocolate in the past year. These surveys typically pay only around 25–150 bits each. Other surveys are more specialized, wanting participants who suffer from a particular illness or who have a specific type of job (e.g. manager with decision-making authority over IT purchases). These more targeted surveys can pay anywhere from 500–15000 bits.

Naturally, surveys want respondents to be honest but I often answered questions in ways to make sure I qualified for as many as possible. After trying a few of them, it is easy to pick up tricks for answering in ways that make you seem eligible, no matter what demographic they are looking for. I worked on surveys for a couple months and the earnings were modest, about 0.015 BTC.

Most of the Bitcoin I got came from airdrops. An airdrop is typically part of a marketing campaign for crypto and blockchain startups. A company will give out small amounts of free coin or tokens in exchange for following their social media accounts. Airdrops generate buzz for an ICO. I participated in hundreds and hundreds of airdrops. The majority of the tokens I got will be worthless, either because the project fails or the amount given out is so small it’s not worth the fee to send them to an exchange.

However, I’ve been lucky to participate in a few airdrops that turned out to be profitable. For example, I got over 2200 Oyster Pearl tokens in one airdrop, which reached a high of over $7,000. When that happened I sold about half of the tokens for BTC. More recently, I got an airdrop of HYDRO, which was worth approximately $3,000 when I sold half of what I was holding. I’ve also received multiple drops of tokens that ended up being worth a few hundred dollars. Other drops maxed out at between $10–150. I slowly got more BTC by selling these tokens at the right time. To profit from airdrops this way, it is essential to watch the market so you sell them when they increase in value. It also takes time to learn about the different (and sometimes obscure) exchanges where they can be sold.

While looking for the airdrops, I kept seeing references to bounty campaigns. Eventually, I looked into what exactly these were. It turns out they are also part of ICO marketing campaigns. Bounties are another way of generating buzz and interest in a project. Mainly, a bounty campaign involves doing tasks in exchange for tokens. The amount of tokens given out for bounties is usually higher than airdrops. However, bounties are also more time consuming and can be a challenge to find. I think the best way to find good ones is to use one of several bounty aggregating platforms. These platforms organize campaigns and keep track of social media activity. They also distribute the tokens.

The easiest bounties involve simply liking, retweeting, and sharing content from a project’s social media accounts. However, these also pay the least. The more profitable bounties are “content creation” campaigns, which involve writing articles or creating Youtube videos about a project and posting them online. The content bounties pay the best (often several hundred dollars for a high-quality piece) but they are also the most time-consuming. Moreover, they are only feasible for those who have a good knowledge of blockchain technology and strong writing skills.

I first started with social media bounties and earned thousands of tokens this way. However, I soon moved on to writing articles. At that point, I had enough knowledge of blockchain technology to understand and assess the concept behind many startups. I also had a general interest in writing. I created articles on different blockchain projects and received hundreds of thousands of tokens in exchange. Not all of these tokens became valuable but some did. I would put my earnings from bounties at approximately $5,000.

Connected to participating in bounty campaigns and airdrops are referral earnings. These come from getting other people so they sign up using a unique referral link. For every referral, you receive more rewards. For example, some bounty aggregating platforms pay a small amount of ETH every time one of your referrals completes a task. Often, individuals post their referral links to social media. This article itself contains some referral links.

Concluding Thoughts: Nothing is Really Free

As you can see, there are ways of getting “free” Bitcoin online. However, it should also be clear that nothing is truly free. Getting Bitcoin from faucets, surveys, airdrops and bounties takes time. The most profitable bounties also require a good amount of knowledge of cryptocurrencies and blockchain technology. So, while I never paid any money to get my Bitcoin, I did put in time and effort. At the same time, however, I learned a lot about blockchain technology and new projects that are hoping to make an impact in the world of cryptocurrency.