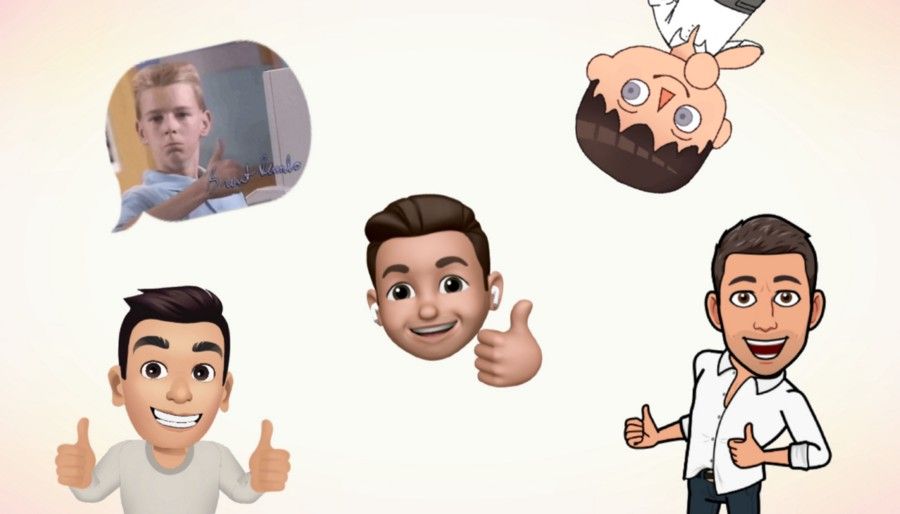 Or: Why We’re Collectively Obsessed With Facebook’s Avatars, GIFs & Animal Crossing’s Villagers. In a meta-analysis of 30 trend reports for 2020, the most commonly predicted cultural shift was the continued blur between the physical and digital. Online and offline are progressively overlapping — from virtual clothes and AR makeup, to industrial digital twins and synthetic influencers. There’s only ever been one “real life”, but the line between the virtual and visceral is thinning. Expression surrogates augment our communication.

In light of the pandemic, with life moving online, this lack of distinction has only accelerated. We can Zoom to celebrate your birthday virtually, but the congregation still very much real. We’re together, but not together together. It’s all quite perplexing when we stop to think about it.

More noteworthy, the surge online has concentrated this top 2020 trend to one area: communication. Required to express thoughts and feelings without touch, direct eye contact, or the ability to discern micro expressions through screens, many are struggling, facing Zoom Fatigue. More, burdened with heavy, complex and unfamiliar emotions, the challenge of articulation compounds. It’s just too hard to say what we want or share what we mean, let alone deduce it all through the 0’s and 1's.

One burgeoning solution? Delegate someone else to communicate for you.

Leveraging a proxy for the delivery of our thoughts reads like something out of science fiction, but it’s already a norm and only becoming more relied upon. While Emoji’s are helping flourish our messages like hand gestures, Memoji’s are acting as stand-ins doing much of the heavy lifting for our expression. Facebook’s new avatars complicate communication as another party is now introduced, but it also makes communication much easier, and often more fun. Their props help. When I’m not saying it, my avatar is, the dynamics of the interaction change. As a result, there’s less required responsibility, courage or exertion. Snap’s, Apple’s and Facebook’s avatars help us “say” what our words cannot, or what we don’t want to say ourselves.

In Animal Crossing, and many online social games from Fortnite to GTA, the creation of an avatar, becomes an exercise in identity construction. And in participating, the creation of a “mask” makes communication even more freeing. Sometimes this freedom can be too liberating — ask any gamer. Still, these avatars help eliminate barriers. When the context also changes, like to a cutes-y, pastoral village, characters’ words are reinterpreted. For Animal Crossing, environment influences meaning, helping us out even more while communicating. McLuhan said it best, “The medium is the message.”

GIFs are perhaps the most fascinating tool, as users are not leveraging self-representational or imaginative renderings of themselves to communicate, but rather using an entirely other person. To declare my excitement, I’ll deploy Vince Vaughn’s excitement. But his celebrity is more than novelty. In many cases, Vaughn is able to express excitement more precisely than I or my avatar can. If a picture is worth a thousand words, GIFs add a few more. Further, Vaughn’s excitement is embedded with cultural data that serves as a secondary message: Ex. “Wedding Crashers is great.” That layer requires cultural literacy, though. Even deeper, there’s a convolution of identity. The gender, race, age or species of the star of the GIF questions our relationship to that stand-in. Ever catch yourself spending too long searching for the perfect GIF to encapsulate your emotions, but also one that’s “closest” to resembling you?

In a time-crunched world, all these visual representations are quick to summon and consume. They also transcend language. But despite their upside, what happens when we over-emphasize the avatar and respond to them, overlooking the sharer? What’s gained is clear. But what’s lost when we misconstrue the mask with the person behind it? Are we separating the two?

One way of putting it is: we’re effectively fashioning tools to thrive in a relatively new environment. Another is: we’re outsourcing our speech as we struggle to convey our own convictions. I’m unsure a GIF can capture that unease.