How Facebook Makes Money and Why You Should Worry 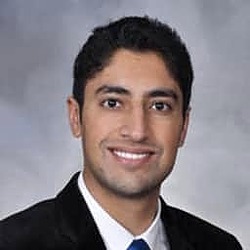 Facebook sells ads, as Mark Zuckerberg famously and patiently explained to Congress, but it’s a little more complicated than that.
Facebook doesn’t technically sell user data, but not out of the goodness of its heart. Selling user data directly would compromise Facebook’s ability to sell access to its users to advertisers. Offering that data for purchase would generate a ton of short-term cash, but Facebook’s revenues would take a massive hit as advertisers used the data troves to target users without Facebook operating as the middleman.
Instead, Facebook invites advertisers to use the platform (and other platforms owned by the company) for targeted advertising. Ads in Messenger and Instagram use the same data as ads on Facebook itself.
Facebook claims that it does not use data from microphones, Messenger conversations, off-Facebook messaging, and other invasive sources to target users. That may be true, but as the Cambridge Analytica scandal revealed, Facebook doesn’t have to collect data in nefarious ways for third parties to take advantage.
Worse, Facebook and other social networks are incentivized to treat users poorly. They pay lip service to connectivity and community. They comply with most laws regarding data collection and privacy. Then, they turn around and do everything they can to make money off their users. When they can skirt the law, they do so.
None of this surprises people familiar with the activities of Facebook over the last few years. Facebook and other social media giants feast on the users who make up their platforms. If the world wants to move past discord and toward a more democratic future, the model that fuels today’s social media companies must change.

The social networks of the Web 2.0 era exist to serve a single purpose: increase shareholder value. They accomplish this by leveraging the personal lives of their users, who often have no idea they’re being influenced by outside sources.
Platforms like Facebook thrive on discord, outrage, and polarization. Spreading misinformation causes international crises, but for social media companies, all false information does is increase the amount of time users spend on their platform. People who stay online to argue with the opposition and engage with others who agree with them see more ads and contribute more data, which helps social media companies charge higher prices.
Social media giants mine personal data, sell it to third parties for targeted advertisements, and claim to be immune from the consequences. When companies like Cambridge Analytica abuse that power, the layer of separation usually insulates the offending social media businesses, even when they are complicit in the abuse through inaction or encouragement.
Users can download their data files from Facebook, but not even people who see their own files understand the full picture. Companies have spent years learning to triangulate click habits and opinions to direct users to content that will either incense them or confirm their biases. Social media sites contribute to the problem by directing users to groups and friends who share their existing beliefs, creating echo chambers in which moderators and insulated groups stifle any and all dissent.
Social media promised to connect the world. Instead, the biggest social sites sowed division and pocketed the profits. Facebook’s business model empowers bad actors by nature. Whether the company intended to go that direction or not, it’s too late to turn back now. Modern social networks have gained momentum on the exploitation of their users, and if the world wants to break free from those chains, the users must cut their own bonds.

People deserve connection without strings attached. The modern iteration of the internet made it all but inevitable that a few companies would take over the social media landscape and leverage their user bases for financial gain, but new technology could turn the tide.
Decentralization technologies will lead to increased democratization of social media platforms. When companies cannot maintain a stranglehold on how users interact and what content they see, users become free to connect with one another as they please. Content is judged based on its quality, not based on which advertisers want which people to buy their products. Data still exists, but users can choose whether to sell their own or keep their privacy, and there’s nothing companies who would take advantage of them can do about it.
The bridge between today’s social media and true decentralization remains long, but like all technological revolutions, adoption will occur quickly once the ball gets rolling. In the coming years, even massive companies like Facebook could find themselves on the outside looking in at a world where users, not brands, hold all the cards.