Originally published by Sadie Williamson on May 24th 2018 501 reads 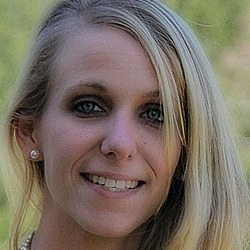 The Cambridge Analytica scandal that unfolded earlier this year is just the latest in a long sequence of incidents of firms’ wrongfully acquiring and misusing internet users’ data. While the scandal itself related to unfair sharing of user information by Facebook, the ensuing media storm brought the public’s attention to their personal data and its use in digital advertising.

Apart from depending on stolen data, advertisers are also notorious for bombarding us with irrelevant and annoying advertisements. For every funny commercial that we remember fondly from childhood, there are a million annoying and spammy ads that we look back on with nothing but pure disdain.

It’s no wonder that 85% of internet users shun websites with pop-up advertisements and 91% think that online advertising is more intrusive now than in the past. The negative sentiment towards the conventional online advertising model is a clear sign that internet users are becoming tired of conventional advertising and more enlightened about their right to choose how their data is used and what type of advertisements they see.

Consequently, advertisers must change the way they acquire and use internet users’ data and also how they target advertisements. The blockchain technology is providing a solution to this challenge by shifting the power from big advertising intermediaries to data owners and content creators.

The Problem With The Centralized Advertising Model

Not only do they control platforms with huge amounts of traffic and influence, but they also have access to the intimate data of their users which can provide insights about how to target ads. Aside from the fact that they have all this knowledge about their users, on the other end of it, advertisers who need the data in order to target their audience have no choice but to work closely with big companies and advertise on their terms.

By relying on the data provided by these sites to target ads, the idea is that advertisers can target their ads to people who really want to see them. If, for example, you spend a lot of time on Facebook posting on fishing groups, advertisers will know to target you with ads for fishing equipment.

The problem is that these ads are often poorly targeted and often, internet users’ end up seeing ads for things that are irrelevant to them. Advertisers, on the other hand, get poor results, and eventually, the only real winners are the third-party platforms that connect advertisers and data owners. These intermediaries end up making billions in ad revenue while everyone else’s gains are minuscule in comparison.

By taking these third parties out of the equation, advertisers could work with users in a much more direct way. This would allow them to target ads more accurately while ensuring that all parties involved are satisfied.

Blockchain is known for being decentralized and allowing relationships and networks to exist while removing the need for a third party. This means a shift of power from intermediaries such as Facebook and Google to the advertisers and actual data owners.

At the forefront, two projects are aiming to make online advertising better for everyone involved. KindAds want to build a blockchain platform that allows advertisers, publishers, and internet users to interact directly and create value for each other. The project also aims to give internet control over their own data by providing them with an option to choose when and how their data is used.

With the KindAds solution, internet users will also have a say on the type of advertisements they see when surfing the web. This means that content creators will be able to receive highly relevant traffic without having to pay intermediaries to receive it. Traditionally, content creators are required to pay in order to receive traffic on their platforms.

The KindAds project is not the only blockchain solution seeking to make online advertising less intrusive and more rewarding to content creators and data owners. A project known as BAT is working on a similar model with the same goals of eliminating intermediaries in advertising and restoring data control to its owners.

To achieve this, the BAT project has introduced its own browser known as Brave. Unlike the traditional browsers, Brave allows users to choose whether they want to share their data with advertisers and also what type of ads they can receive.

As blockchain technology continues to advance, there is no doubt more solutions for advertisers as well as for users are on their way. Projects such as KindAds and BAT are just but a beginning of a revolution that is bound to disrupt the industry, protect users privacy, cut out the middleman and make advertising a more cost effective, pleasant, and less intrusive experience for all.