How Blockchain is set to Revolutionize Elections 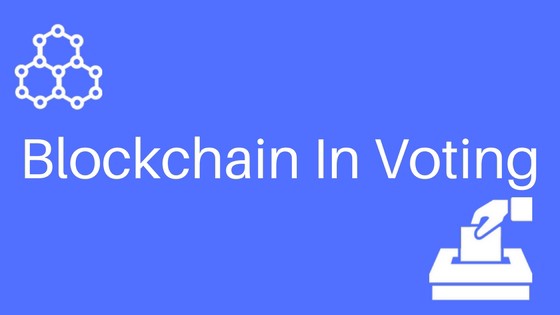 Changing the most unchanged thing of the past century

I want you to ask yourself a question first. How many things around you have changed in the past 15 years?

Travelling? Uber is there. Yeah.

Banking? Online Payments make life easier than ever before. Yeah.

Shopping? Amazon. Hell yeah. (You bought something from Amazon yesterday only. Right? 😛)

Voting in Elections? Hell No!

Why do you think everything in this world is available online but even now we have to go to a polling center and wait in a queue for 3–4 hours to cast our vote?

No more taking time out of your daily schedule to travel to a polling center only to stand in a long queue. Alternatively, you could just pull out your phone, cast your vote during a coffee break. Sounds pretty cool, no?

The opportunity for attacks on the internet is much broader.

It seems peculiar that nobody has been able to devise a way to make cyber voting secure.

But ,Think about the consequences of that when it’s time for an election: Enemy countries can easily hijack the cyber voting mechanism of a country causing making the whole elections illegal. We all know that there are hackers from different countries who can easily penetrate into any internet security mechanism out there. So, What would they stop them from doing something of this sort in such a crucial event? The answer is Nothing.

The issue here is security. Are our systems guarded well enough to assure us of full proof security in such a high stakes scenario? The answer is a big NO.

But what if Blockchain could fundamentally change that?

We all know that Blockchain is the most secure paradigm the world has ever seen. So,Why not go ahead and implement that in Voting procedures?

The way it would work would be that each voter would be assigned a vote as a Smart contract which would be valid only on the election day. Since each of the votes will go as a transaction on the publicly available ledger, the chances of any discrepancy will be zero. The voter can act on his Right to Vote using the private key he/she uses for their cryptocurrency wallet.

Once the elections are done, No changes will be permissible on the public ledger due to blockchain technology making the election records more secure than ever. In case, if any miner tries to add any illegal transaction to the blockchain, the remaining group will dismiss it in the transaction validation process making these records more secure than ever.

Wouldn’t it be amazing?

But as they say, everything has its disadvantages.

In this case, It is the issue of anonymity. Although, People do talk about which party they are going to vote, or they have voted to but anonymity of voters should be there to prevent any sort of unfortunate event to the voter who voted for a specific party after the elections.

One of the ways it can be resolved is by masking the public key of each voter with some code that only the voter can access.

It sounds good, but the implementation can be challenging.

Another disadvantage is security, even though there have been cases where blockchain systems were hacked but its chances will be very less given the number of people participating in the election almost nullifying the chances of a 51% attack. For those who don’t know, A 51% attack is when more than half of the people in a system turn against the system making it worthless due to so many involved in the mining process. It’s practically impossible to hack so many computers in such a short duration.

However, We still have a long way to go before we can say that we can implement Blockchain to elect our President.

And I am not saying that there won’t be extreme cases where 51% of miners turn against a system but we need to ignore these cases while in test runs, and hope for a better future. After all,

We can’t expect to disrupt the world without failing even once.

Thanks for reading :) If you enjoyed it, hit that clap button as many times? NO. Hit it 50 times, Simple :)

Also, Let’s connect on Twitter for further discussions on Blockchain :)