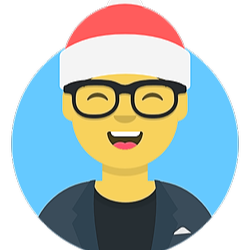 Three months ago in the Bay Area, I was working on another project, had an ex-Google tech co-founder, and a chat bot nobody cared about.

Now I'm on a New Year vacation in Thailand, I've just launched Alphaseek SDK, a toolkit for hackers to create referral marketing campaign to 100+ beta customers, and one co-founder short.
And I couldn't be happier.

I had no background in marketing at all. I was just hopeless after my last failed chat bot project, and the referral was part of what I've built from scratch for its signup page. I realized all referral marketing products are made for marketers and had the following things I didn't like:
So I tried building on top of what I already had. I took longer than I thought to generalize it.
I knew with a full-time job and a family, I didn't have a lot of time. I became extra skeptical about what I work on, making sure it would move the needles.
A few things I decided early on NOT spend time on:
Now I'm quite happy to be focusing on what I like doing while having time to spend with families and friends. I would love to get people to try out and give me feedback and bug reports.

Pick the Right Guy for the Wrong Job

My mistake early on was to work with someone who was seemingly talented. My last co-founder was an ex-Google and ex-Microsoft. I wanted him for his experience, not who he was. I didn't listen to my gut feelings, however small they were.
It turned out that he didn't put in a lot. His grandeur experience in the big tech also didn't translate that well when it came to learning and doing new things in a startup way. But most of all, it was clearly not what he was passionate about.
Next time, if I couldn't tell myself I really want to spend every day with a person and go out for a drink with him, I'm gonna pass.

I'm working for a startup, albeit a pretty successful one. I used to think a lot of things we did there was clunky. Many things could have been more optimized. People could have done things differently. We could've used better tools, etc.
Turned out when I'm building something, I realized those were engineering traps. Builders and founders don't think like that. They think in terms of "good enough". The priority is to get something out the door quickly and get users' feedback before we implode. Optimization means nothing when something is still in flux.

Being Immune to BS

Admit it, there's just too many BS's out there in this world--online and offline. They are there to distract us from very few things that matter for us. Every one of them has an agenda, and almost always it is not in your favor.
I learned to shut off all the noises, whether they were nonsense or legit. Even some things that are relevant can be noises at times. It really depends on the context and how you feel internally.
The better thing to do is whenever I have to get into the forest, always have a goal. Going with one is just like going shopping with your stomach empty. You gobble up everything.
This new year, I have no resolutions. I only hope to do things a bit better each day. Because I know that there's no leaps in life. Only baby steps and falls.

The Early Start-up Fallacies and Identifying Your Alphas