Studying and copying nature is one of the greatest tools in the green chemistry toolbox.

The chemists Paul Anastas and John Warner are the initiators of a global movement called ‘green chemistry’ aimed at designing chemical products and processes to eliminate, or drastically reduce, the generation of hazardous substances by the chemical industry. Anastas & Warner (1998) formulated twelve principles of green chemistry. Some of the questions these principles invite chemists to ask are:

How can we create chemical synthesis methods that maximize the incorporation of all materials used in the process into the final product?

How can we, as much as possible, rely on synthetic methodologies that use and generate substances with little or no toxicity to human health and the environment?

How can we (re-)design chemical products to preserve efficacy of function while reducing toxicity?

How can we minimize the energy requirements and associated environmental and economic impacts of chemical synthesis methods by conducting them at ambient temperature and pressure?

How can we favour raw material feedstock that is renewable rather than depleting (whenever technically and economically practical)?

How can we design chemical products that break down into innocuous products at the end of their function and do not persist in the environment?

In 2009, Paul Hawken, Janine Benyus, and John Warner (of the Warner Babcock Institute of Green Chemistry) started an ambitious project to create a non-toxic, low-cost, solar energy technology, based on a series of non-toxic, photo-reactive dyes that are printed on a fully recyclable thin-film. Rather than following the conventional hallmarks of photovoltaic technology development by pursuing maximum durability of panels and maximum efficiency of conversion using silicon-based technologies, they decided to look at how nature creates its own solar panels.

Most leaves are renewed every year and are fully recyclable, and the efficiency of photosynthesis is low but based on renewable non-toxic materials that are assembled at ambient temperatures and ambient pressures. If their company, OneSun Inc., is successful in developing this biomimicry- and green chemistry-based ‘dye-sensitized solar cell’ technology, their invention will be a game-changer in the solar energy field and take us one step closer to creating more equitable regenerative cultures. There are other companies pursuing this goal, among them the Australian company Dyesol and the Irish company Solarprint.

The list of groundbreaking innovations based on green chemistry and biomimicry is rapidly growing. A number of research groups and clean-tech companies are trying to create a synthetic version of spider silk, which has a similar tensile strength to steel but is as flexible as rubber and produced without the need for high temperatures. The German company AMSilk announced in 2013 that it would start production of the “first scalable fibre with mechanical properties similar to natural spider silk”.

Other leading businesses in the biotechnology and green chemistry field are working to support the shift towards regionally based circular bio-economies that use plant and waste materials as their main feedstock. Scott Allen, the co-founder of Novomer, a sustainable chemistry company based in the USA, was inspired by the fact that “nature uses billions of tons of carbon dioxide every year to make useful materials like cellulose” (Casey, 2011) and set out to create catalytic pathways in the production of plastics that use carbon dioxide and carbon monoxide as a feedstock.

Currently, Novomer’s plastics are still made from conventional petroleum feedstock, but the amount of feedstock needed is halved by also using carbon dioxide. The keys to Novomer’s innovative approach are the catalysts that allow carbon dioxide and carbon monoxide to be transformed into a wide variety of industrial products (plastics, fuels, fertilizers, pharmaceuticals) in a cost-effective way. The development of these ground-breaking technologies has moved from initial laboratory tests to full-scale demonstration and is expected to reach commercial production soon.

We are on the brink of a materials revolution that will be on a par with the Iron Age and the Industrial Revolution. We are leaping forward into a new age of materials. Within the next century I think biomimetics will significantly alter the way in which we live.

The Red Abalone (Haliotis rufescens) manages to produce an enormously tough, iridescent, coloured ceramic called ‘mother of pearl’ or nacre. It is twice as strong as any ceramic we currently produce using temperatures in excess of 2000°C. The abalone achieves this feat at ambient temperatures by laying down alternating layers of calcium carbonate (extracted from sea water) converted into its crystalline form (aragonite) and layers of a protein called Lustrin-A.

At Sandia National Laboratories, a research team led by Dr. Jeffrey Brinker identified that the combination of very hard aragonite layers with flexible layers of protein gave nacre its ability to slide under compressive force. The resulting brick-wall architecture stops any cracks propagating. The team mimicked what they learned from the abalone in a self-assembly process, creating a layered structure of a mineral and a polymer. The resulting material is “optically clear but much tougher than glass.

Unlike traditional ‘heat, beat, and treat’ technologies, Brinker’s evaporation- induced, low temperature process allows liquid building blocks to self-assemble and harden into coatings that can toughen windshields, bodies of solar cars, airplanes or anything that needs to be lightweight but fracture-resistant” (Janisch, 2015). There are many other inspiring biomimetic innovations at the scale of green chemistry, molecular biology and material science:

Peter Steinberg (Biosignal) has created an anti-bacterial compound that mimics the sea purse. These red algae keep bacteria from landing on surfaces by jamming their communication signals with an environmentally friendly compound called furanone. […] Bruce Roser (Cambridge Biostability) has developed a heat-stable vaccine storage that eliminates the need for costly refrigeration. The process is based on a natural process that enables the resurrection plant to remain in a desiccated state for years. […] Daniel Morse (UC Santa Barbara) has learned to mimic the silica-production process employed by diatoms. This could signal a low-energy, low-toxin route to computer components.

The German entrepreneur, Hermann Fischer, who built up ‘Auro’, an international company producing plant- and mineral-based paints, coatings and glues with the highest environmental and performance standards, calls for a radical shift towards a “solar chemistry for the 21st century” by 2050 (Fischer, 2008). In his book Stoffwechsel, Fischer reviews the history of the petroleum-based chemical industry and explores in detail how the shift towards a non-toxic plant- and mineral-feedstock based chemistry is not only possible but an urgent necessity. As a successful entrepreneur in a sector dominated by the petrochemical industry Fischer spent more than 40 years demonstrating that this shift is possible and can be pursued in an economically viable way.

[This is an excerpt of a subchapter from my book Designing Regenerative Cultures, published by Triarchy Press, 2016.]

Daniel Christian Wahl works internationally as a consultant and educator in regenerative development, whole systems design, and transformative innovation. He holds degrees in biology (Univ. of Edinburgh / Univ. of California) and Holistic Science (Schumacher College) and his 2006 doctoral thesis (Univ. of Dundee) was on Design for Human and Planetary Health. He was director of Findhorn College between 2007 and 2010, and is a member of the International Futures Forum, a fellow of the RSA, a Findhorn Foundation Fellow and on the advisory council of the Ojai Foundation and the Ecosystem Restoration Camps Foundation. Daniel’s clients have included UNITAR (with CIFAL Scotland), UK Foresight (with Decision Integrity Ltd), Ecover (with Forum for the Future), Bioneers (with the Progressio Foundation, and with the Findhorn Foundation), the Dubai Futures Foundation (with Tellart), The Commonwealth Secretariat (with Cloudburst Foundation), Gaia Education, the Global Ecovillage Network, the State of the World Forum, Balears.t, Camper, LUSH and many educational NGOs, universities, and design schools. He is co-founder of Biomimicry Iberia (2012), and has been collaborating with ‘SmartUIB’ at the University of the Balearic Islands since 2014, and works part-time as Gaia Education’s ‘Head of Design & Innovation’ since 2015. His recent book Designing Regenerative Cultures, published by Triarchy Press in the UK in May 2016, has already gained international acclaim, and his blog on Medium has a large international following.

Productive Leadership into the Third Decade of the 21st Century 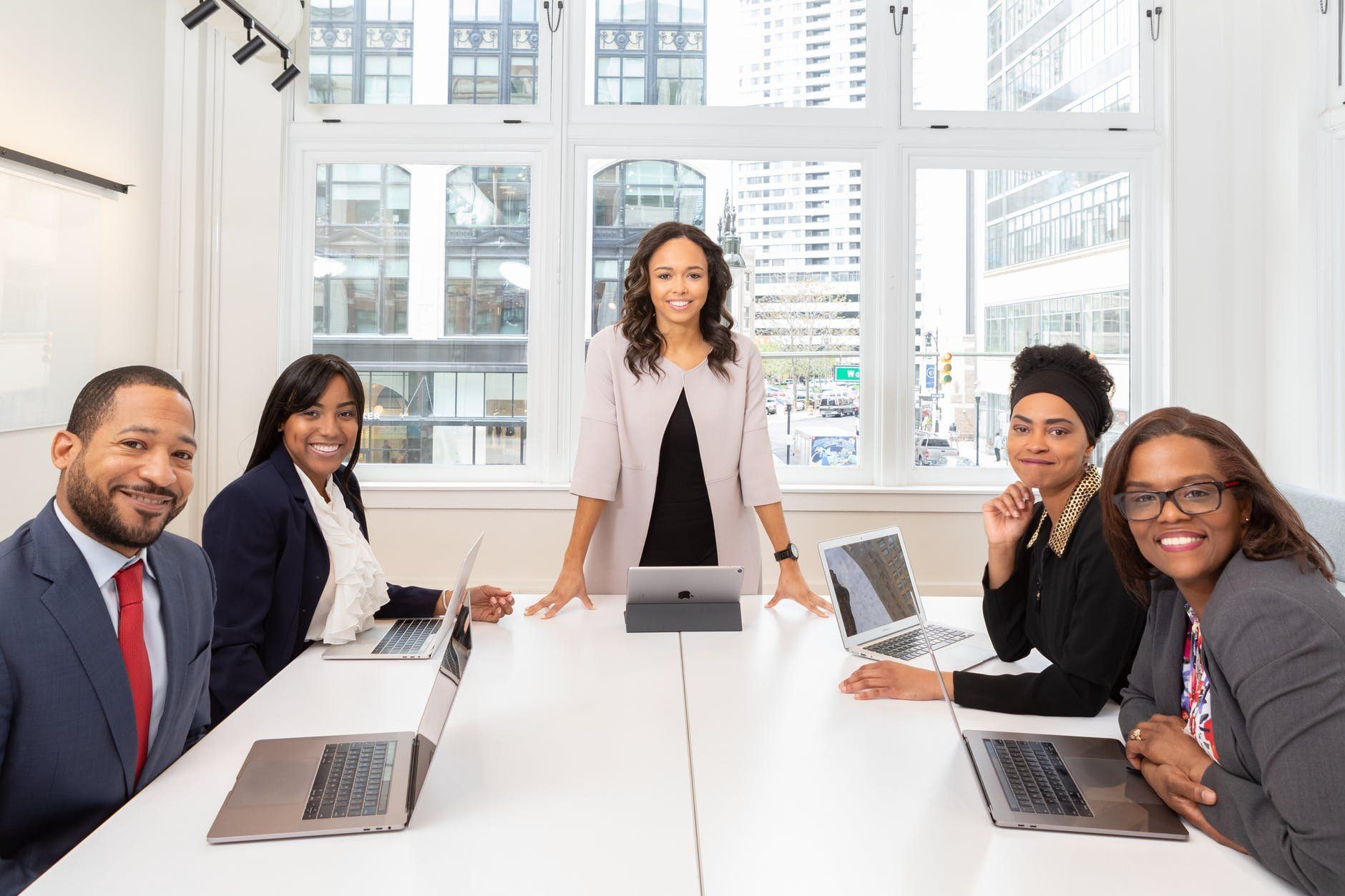