Global State of the Crypto Market

There is a hardly a global standard when it comes to regulating the cryptocurrency market. Each government ultimately decides how it will approach the matter. Some countries have banned cryptos outright, others have established stringent regulatory policies while some other nations seem to be endorsing cryptos with their cryptocurrency-friendly laws. There isn’t any one-size-fits-all approach. The state of government regulation with regard to the cryptocurrency market continues to remain fluid and positions seem to change over time either towards the more stringent or the friendlier end of the regulatory spectrum. The following is a brief look into the state of crypto regulation in a few countries and regions of the world.

China has been carrying out a comprehensive crackdown on the crypto market within the last four months. Starting in September 2017, the Chinese government placed a blanket ban on ICOs as well as local cryptocurrency trading platforms. In January of 2018, Chinese authorities have begun to crack down on over-the-counter (OTC) and the peer-2-peer (P2P) cryptocurrency exchange platforms.

There has also been renewed efforts to restrict the access of Chinese citizens to foreign cryptocurrency exchange services. The accounts of a number of OTC crypto trading platforms in China have been frozen. The next phase of the government’s crypto crackdown is the bitcoin mining scene. There are reports that state officials are looking to restrict bitcoin mining in the country.

The situation in Japan is almost the direct opposite of what is going on in China. The country continues to create a conducive atmosphere for the flourishing of cryptocurrencies. In the aftermath of Chinese ICO ban, a number of exchange platforms began to look elsewhere. The Financial Services Agency (FSA) in Japan gave licenses to a number of cryptocurrency exchange platforms to operate within the country.

Earlier in 2017, the FSA issued a ruling that effectively recognized cryptocurrencies as a means of payment. Though not technically legal tender, the law enables cryptocurrencies to be used for payment settlement within the country. Despite the perceived crypto-friendly policies, there are strict AML and KYC protocols in effect in Japan as far as the operations of cryptocurrency trading platforms are concerned.

For a few years, cryptocurrency trading flourished in South Korea. Many of the biggest platforms operated within the country and a large percentage of Ripple trading transactions were domiciled in South Korea. Then on the 11th of January, 2018, the world woke up to rumors of an impending ban on crypto trading in the country. The market went into panic mode and the price of many cryptos declined considerably. In the days that followed, amidst the uncertainty, news began to filter out that no such move had been finalized.

The current state of affairs with regard to the crypto market in South Korea is one in which regulations are imminent. The nature of the regulations remains unclear. Towards the end of 2017, the government mandated all trading platforms to halt opening accounts for new traders. The temporary ban has since been lifted but with stringent AML and KYC regulations attached to crypto trading in the country.

The Reserve Bank of India RBI) has consistently warned of the inherent risks involved in the crypto market. Bitcoin and other cryptocurrencies are not recognized as legal tender in the country. There have been reports stating that the government in conjunction with the RBI and financial regulators is looking for ways to regulate the market.

India is home to a number of local cryptocurrency exchange platforms like Bitcoin-India, BtcxIndia, Zebpay, Koinex, Unocoin, and Coinsecure. There are also OTC trading shops dotted around several metropolitan areas in the country as well as Bitcoin ATMs.

In a recent address by the Indian Minister of Finance, Arun Jaitley, he reiterated the government’s efforts to eliminate the use of cryptocurrencies in illicit activities. This led to widespread speculation of an impending crypto crackdown by the Indian government.

The 3 major financial regulators in the US all have a level of statutory regulatory framework for the crypto market. The Securities and Exchange Commission (SEC) issued a ruling in July that said some ICO tokens were, in fact, securities and were under the purview of the commission. This led to widespread changes within the framework of the ICO process. A number of ICOs began to utilize private-only funding in order not to run afoul of securities law. The SEC is yet to register any ICO in the US.

The Commodities Futures Trading Commission (CFTC) views cryptocurrencies as a commodity. Thus, all forms of cryptocurrency trading transactions are under its jurisdiction. The commission has already filed fraud charges against a number of alleged crypto Ponzi schemes.

The EU Parliament and the European Central Bank (ECB) issued a ruling that calls for the introduction of stricter regulations on the crypto market. The ruling will be independently ratified over the next few months by the respective member countries. Top among the list the priorities for the EU is economic stability and the fight against terrorism. There are fears that cryptocurrencies provide a veritable means for money laundering and terrorist funding.

In France, the government has created a working group to come up with modalities for the effective regulation of the crypto market. Heading the group is Monsieur Jean-Pierre Landau, a former deputy governor of the country’s central bank and a known bitcoin skeptic. The country is also looking to collaborate with Germany in order to convince Argentina and other members of the G20 to take action against the crypto market.

All over the world, the ambivalent nature of government towards the crypto market seems to be coming to an end. Many governments are taking decisive steps in terms of bans and regulations on what hitherto used to be a largely unregulated market. These government actions have a direct impact on the market and are shaping the direction of the cryptocurrency narrative. 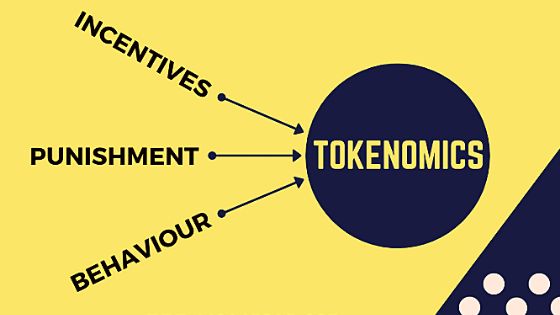