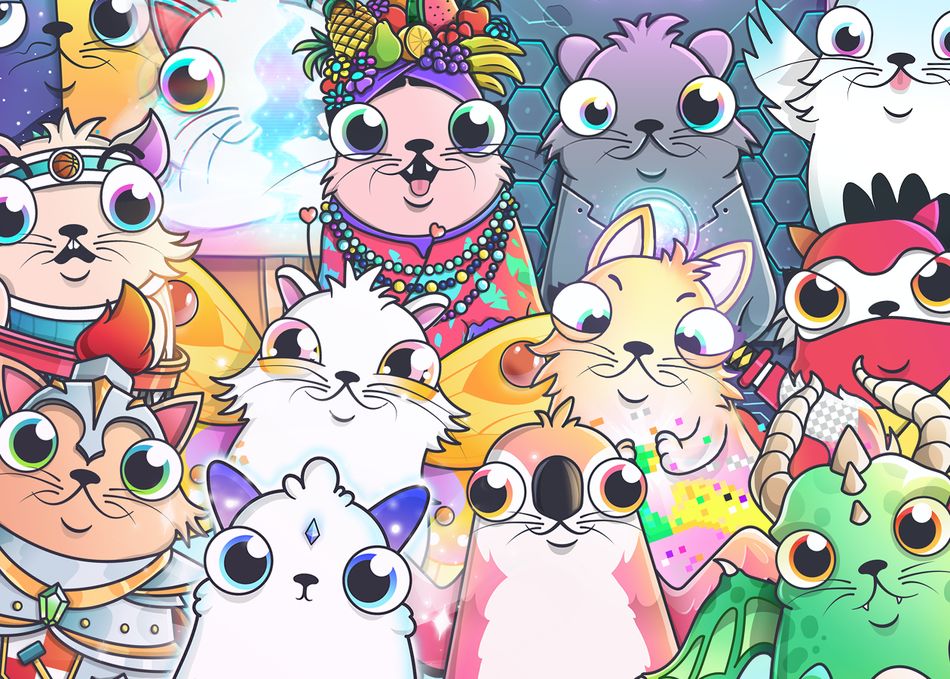 Blockchain provides a wide variety of channels to create or recreate new models for legacy systems. The components of this technology offer disruptive frameworks that can optimize the way we execute transactions and much more. And although financial applications remain the most compelling use case of blockchain, it has registered a similar level of success in the gaming industry. The introduction of CryptoKitties in 2017 showcased just how versatile blockchain is and the enormous demand for blockchain-enabled gaming platforms.

Three years down the line, CryptoKitties is still a vital ecosystem in the crypto industry with a new report estimating its revenue to be in the $27 million range. From what we have learned so far, non-fungible tokens, thanks to the introduction of CryptoKitties, appears to have found more prominence in the gaming sector. As a result of the progress made so far and the cultural impact of digital collectibles, the blockchain community has continued to develop new ways to utilize NFTs in the gaming context.

A viable approach is to combine gaming infrastructures with other potent applications of blockchain technology. For instance, we can capitalize on the versatility of blockchain technology and integrate yield farming with NFT-powered games. In this example, the end product promises to provide unique solutions to an array of problems and restrictions native to the financial and gaming sector. In other words, users can both partake in the DeFI landscape, boasting of over $8 billion in liquidity, and the emerging blockchain gaming market.

A prime example of platforms providing such capabilities is ethereum-based KittieFiGHT. KittieFIGHT has created a bridge between the buzzing DeFI ecosystem and the NFT sector by introducing new gaming extensions for the popular CryptoKitties and offering unique financial opportunities to gamers. This platform is a gaming infrastructure where users can bet and watch Kitties fight to the death. Players square up their NFT Cats for a Mortal Kombat-styled fight and stand to win a share of jackpots designed to increase in value as more spectators bet Ether on the potential winner. The original jackpots are bankrolled by lenders, which gives credence to KittieFIGHT’s DeFi functionality.

Recently, I had the opportunity of interviewing Oladapo Ajayi, founder and game architect of KttieFIGHT. He explained the modalities of this project and other core components that make it unique. Below is an excerpt from the interview.

Andrey Sergeenkov: I discovered that you had been a crypto proponent since 2010. Can you please tell us how you have worked your way up the crypto industry?

Oladapo Ajayi: I came into the Crypto space as an entrepreneur looking for a viable micro-payment solution for the google app store alternative we build. I had stumbled on a video discussion with Gavin Andresen back then talking about bitcoin as this new payment system that would become the backbone for internet payments which was also not able to be controlled by entities like governments. This peaked my interest and I took the dive down the rabbit- hole.

By 2013, I had studied enough about crypto and with knowledge in application of Crypto-primitives for various software applications. So in 2013 I wrote the first smart contract based mental poker protocol called pokereum, this was before Ethereum. The protocol was initially based on a platform called NXT... So now with the experience as an early adopter/investor in the "2.0" blockchain protocols (Mastercoin, Counterparty, NXT & Ethereum), I strive to create and investigate new products in decentralized finance and with gaming and also leverage the trend in the emerging yield farming domain

Andrey Sergeenkov: Are you impressed with the progress made so far, particularly in the gaming sphere?

A little, but more could be done. We are limited currently by some scalability issues on the Ethereum Blockchain. Hopefully by the time Optimism launches we can impress ourselves and you with implemented ideas we have planned that no longer suffer scalability issues.

Andrey Sergeenkov: From the documentation made available, I found out that KittieFIGHT has been in development since 2018. Why has it taken this long for this project to go live?

Oladapo Ajayi: First and foremost; The project is one of the most complex project in the Ethereum-sphere to date with multifaceted applications in Lending, Gaming UX, tokenomics design and incentives.  Secondly, we had a rough ride with a lot of developers, no funding, winter-bear market and limited bandwidth from developers. We tried to raise funding during the bear market, but it was close to impossible then.

Andrey Sergeenkov: As the game architect of this project, can you explain how you have designed the fight sequence between Kitties?

Oladapo Ajayi: Yes, Kitty fight is a game where cats/kittens fight each other based on crowd-based actions. Just like how the cheering crowd at a boxing match motives boxers to box, in the case of kittyFight, the crowd bet on each kitty they are in support of, causing their kitty the other opponent. The people/crowd choose which cat to bet on, resulting in action on the part of the chosen cat. The actions are random bets placed on the blockchain. The outcome of the betting results of each crowd participant causes events emitted from the blockchain api service to the front-end/UX resulting in kitty animation actions (punching, scratching, etc). The actions result in damage which is reflected in the opposing cat through vibration and or shaking or blocks.

When there is no action for 10 seconds [No events emitted from blockchain for 10 seconds], there are simulated actions called "idling actions-with sound and reaction" that are carried out by each kitty in turn. Basically, during the idling cycle kitties shadow box each other, and dodge the actions/hits with a slight ducking, but keeping the game interactivity and continuity going, to keep the game enjoyable without actual damage. The winner of the game is the kitty that sustained the least damage.

Andrey Sergeenkov: Would you care to explain the incentive and reward system of the game?

Oladapo Ajayi: The Jackpot or honeypot consisting of KTY Tokens and Ether are used to entice participating players just like the Jackpot prize of a state lotto for example. Then the Jackpot is split among the winning side.

Andrey Sergeenkov: One of the unique selling points of this project is that it seamlessly combines gaming and yield farming functionalities. Why did you and your team choose this framework?

Oladapo Ajayi: This was the natural logical conclusion that made sense in order to amass the community size needed to make a project of this magnitude a success. By partnering with other project communities with similar DAO structures and familiarity with yield farming we get to grow our community in a hyper targeted way.

Andrey Sergeenkov: You are currently in the middle of an auction for the platform’s native KTY token. Can you give more details about how this bidding model helps determine the best price for KTY?

Oladapo Ajayi: A dutch auction is an auction where a batch of tokens are set up to be sold to the public using a process that allows buyers to determine the price of the tokens. The process works like this: Imagine that a scarce resource batch of 100 tokens are to be sold at a starting price of $10 each and minimum price at $1, with the price gradually decreasing every second towards the $1 mark and over a predetermined auction duration time.

Some people may buy the token at $7 really early or $5, $4, most at $3 and the token sells out at $2.5. The Exciting thing is that everyone gets to pay $2.5 per token, balancing first mover advantage with democratic price allocation. This auction process makes it a fair way to make sure everyone who really wanted the limited available tokens, got them and everyone else is happy with the price. KTY Token will be distributed in the fair manner described above allowing early holders to acquire our tokens for use in the KTY Volcano yield mining program to earn even more KTY and SDAO tokens as the main KittieFIGHT lending and gaming protocol is launched unto the Ethereum Main net.

Andrey Sergeenkov: What about the yield farming program slated to kick off immediately after the auction? Would you care to explain the modalities of this program and the conditions for earning rewards?

Andrey Sergeenkov: Since KittieFIGHT incorporates DeFI, does it have a governance system? If so, tell us how it works.

Oladapo Ajayi: Yes, while in transition KittieFIGHT uses a multisig composed of internal team members and external impartial parties from other projects to secure funds. In the very near terms all economic activities and project initiatives will be governed by a DAO called SuperDAO

Andrey Sergeenkov: How does KittieFIGHT potentially reduce the supply of Kitties?

Oladapo Ajayi: It does this through a mechanism called KittieHELL, which is basically a blackhole - like a smart contract that cannot release anything that falls into it. Losing players face the risk of having their "Precious" NFT Kitties going into such a place unless a fee is paid. The fee paid includes extra NFT kitties that must be sacrificed to the blackhole and are worth less than the Losing NFT in danger. Hence each game is able to destroy 20, 30, 40 low value NFT's kitties each game.

Oladapo Ajayi: Yes, as soon the success of Kittiefight is noticeable you can expect more innovative projects to follow up and possible copycats. Already without mentioning names another project out there tried to replicate our product solution without success.

Andrey Sergeenkov: When should we expect this game to go live?

Andrey Sergeenkov: What are your projections for the blockchain gaming market and the DeFI landscape?

Oladapo Ajayi: I expect that gaming experiences would shift from just pure entertainment to be more tightly correlated to economic earning value. This fast paradigmatic shift into entertainment-economic value for end-users will become more autonomous as the details and complexities become more unmanageable as time goes on.

Another dimension is the governance of such complex gaming multifaceted projects, we can expect the transfer of control of such projects by project developers, into the hands of actual gamers via decentralized autonomous organizations or DAOs. Finally, I expect tremendous market share growth in crypto-defi-DAO based games, eclipsing old legacy gaming systems that are yet to take advantage of the crypto network effect benefits. 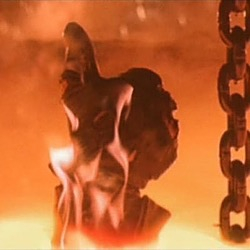