Financial Crises and Bitcoin: Why You're Worrying About the Wrong Market 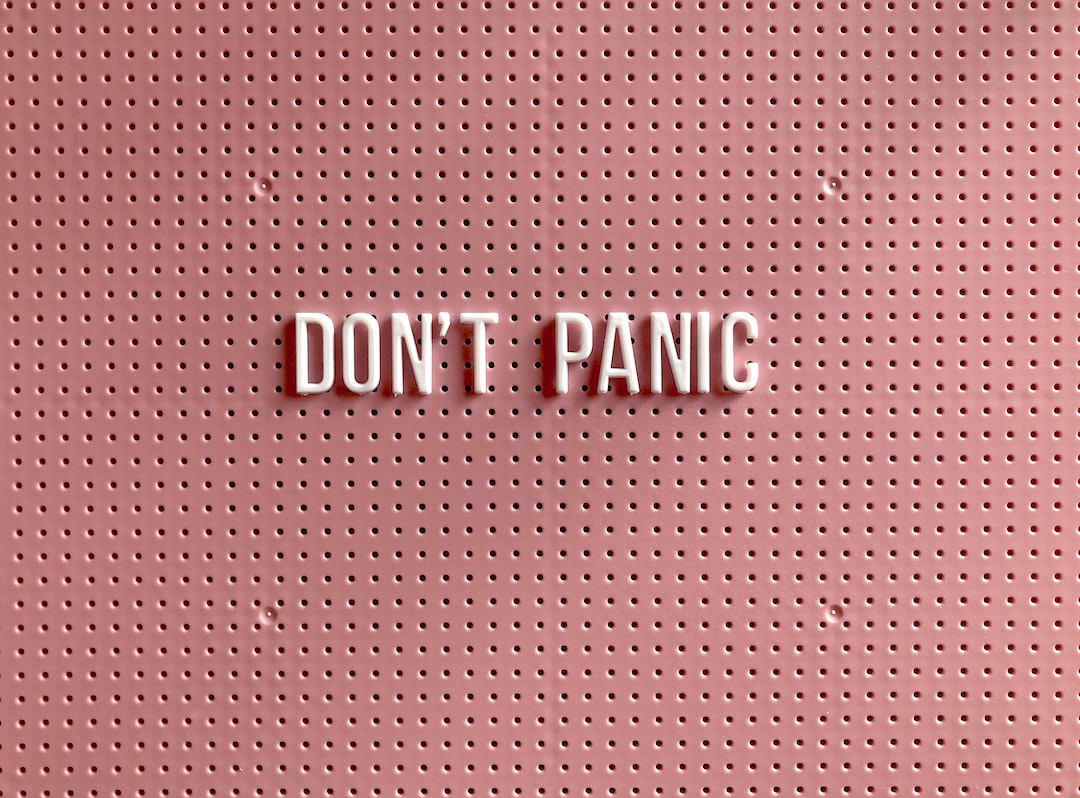 “There are decades where nothing happens, and there are weeks where decades happen.”

We have had a few of those weeks, haven't we?

While the world’s financial system teeters on the edge of collapse and deflationary depression, the cryptosphere is hyping bitcoin as a way to capitalize on inflation from all the money that governments are printing in response. I mean, have you seen the price lately???

I am not ready to look that far ahead.

While everybody obsesses over the destruction of fiat currency, I worry about an area of finance that has far greater significance for bitcoin and the global financial system.

What is that something?

Elephant in a room full of elephants

While the news revolves around unemployment and the stock market, the real risks come from debt markets.

These complicated, opaque markets hold trillions of dollars worth of corporate, government, and household debt, plus all the derivative financial products based on that debt.

Various estimates put this market somewhere between $700 trillion to $1.2 quadrillion.

China has an entire shadow banking system while Europe’s banks have had trouble raising cash for a while. Since last fall, U.S. Federal Reserve has propped up banks with overnight loans to cover shortfalls in cash.

A collapse in debt markets will destroy the global financial system. No amount of money printing can fix these problems, and you won’t find mainstream writers talking about them.

That’s why it’s so important you’re aware of what’s going on.

Every country has some big corporations with lots of debt and cash but not enough revenue. These businesses can’t survive without somebody else pumping money into them.

(Yes, this was the situation before the Coronavirus took away all of their customers. U.S. FDIC, the quasi-governmental entity that insures bank deposits, warned about excessive corporate debt months ago.)

Why would big institutions and private equity managers invest now instead of waiting for those businesses to fail, enabling them to scoop up assets at rock-bottom prices?

And anyway, the world’s economies are falling apart. Where will all of that money come from?

Money not in the bank

Banks occasionally end the day short on cash. When this happens, the U.S. Federal Reserve lends them money to balance the books and settle their accounts. The banks send the money back to the Fed the next day. Other countries have similar arrangements for their own banks.

Normally, this is no worry. Banks have money coming and going all the time, it’s impossible for every bank to always have enough money to settle every account and also maintain their lending reserves.

Last year, the Fed opened a $400 billion lifeline to banks that fell short of their daily balance requirements.

That’s a lot of money. So, either lots of small banks or one/two big banks ran out of money.

The Fed still has that lifeline open, with one change—instead of capping the lifeline at $400 billion, it removed all limits.

Last week, a West Virginia bank failed. How many more will follow?

With so many businesses on lockdown across the world, commercial landlords have had a terrible time collecting rent. They need this rent to pay their mortgages and construction loans, as well as any other financing for which their property is collateral.

(On top of their normal expenses.)

Without rent, commercial landlords can’t pay their lenders. As a result, the lenders can’t recycle their payments into new loans.

All developed countries have record budget deficits. Some say it’s no big deal, but if this weren’t a concern, the U.S. Federal Reserve would not have felt compelled to take two extraordinary actions:

Emerging markets have it worse. The rising price of the U.S. dollar makes it very difficult for these economies to pay back their debts, much of which is priced in U.S. dollars. Meanwhile, the global economic contraction makes it harder to grow their economies fast enough to keep up their payments.

This is not sustainable.

Municipal bonds could see a wave of defaults, too, as tax revenue dries up and unemployment benefits crush their budgets.

Nobody knows whether derivatives markets have priced in volatility among stable assets like bonds, collateralized debt, and certain commodities. If not, we risk a 2008-style cascade of margin calls and defaults on “safe” investments that underpin trillions of dollars worth of financial obligations.

Government-funded small business programs already ran out of money. Tens of millions of people remain unemployed. Retail commerce may never recover. Some businesses will never move back into a commercial office building.

How long can the government money printers continue to churn before the stimulus no longer works? How much debt can central banks buy before people lose faith in the system?

Why I don’t worry about the collapse of fiat money

This global economic crisis will put a lot of pressure on a lot of government currencies, but the world now faces bigger risks than inflation or devaluations.

While nobody should ever want to see their country’s currency collapse, I’d take that over the destruction of the modern global financial system.

Both outcomes suck, but it’s easier for people to find other sources of money than to rebuild the world’s financial infrastructure, replace productive enterprises that lose access to capital, and recover massive global losses of real assets and businesses.

Also, if you’re still short on toilet paper, having some worthless bills may come in handy.

True, tell that to somebody who lives in a country that sees its currency fail, and they’ll tell you a different story.

I don’t want to convey the idea I want either of those things to happen. Neither outcome is good, it’s just realistic possibility.

We have lots of different money systems. We have only one financial system.

Fortunately, most corporations are not zombies. Most banks have enough money. Most companies have profitable business models and real assets (they only lack customers).

As a percentage of market cap and GDP, overall U.S. corporate debt levels fall into a normal historical range. On paper, U.S. banks have enough reserves and equity to consolidate or raise capital if they choose to do so. I would hope the situation is the same in many other countries.

How long can it stay that way?

Until we can reopen our economies, central banks will continue to buy debt while governments throw money at people. Will it be enough to keep economies from collapsing?

At some point, central banks plan to sell that debt and governments plan to pay back the money they borrowed.

When? Nobody knows. Will they? Let’s hope.

Nationalizing financial markets, but to what end?

All of these actions are designed to keep the world’s debt markets afloat long enough to get over Coronavirus and whatever economic problems come after it.

Somebody called this nationalizing the financial markets.

That’s basically what’s going on—governments and central banks are using public funds to buy trillions of dollars worth of debt, subsidize almost everybody, and rig the markets until humanity defeats COVID-19.

While this creates all sorts of new risks, moral hazards, and unintended consequences, consider the alternative: pandemic disease, financial ruin, and widespread death all at once.

At least with these interventions, governments stand a chance of tackling each crisis one at a time.

The question now is what comes first: a collapse of the debt markets or an end to the pandemic.

Let’s hope for the latter.

Bitcoin: insulated from the chaos

Of all assets, bitcoin (and crypto as a whole) will probably suffer the least.

First, it’s a tiny market. At $135 billion, bitcoin’s entire market cap is less than 1% of the S&P 500. Apple has enough cash on its books to buy every satoshi on earth (with money to spare).

Second, bitcoin’s price movements are not correlated to those of any other assets. Its price does not move in sync with stocks, bonds, commodities, or other investment assets. While some people say it’s correlated to the stock markets now, there is no meaningful data to suggest that, only lines on a chart. Correlation is a statistical calculation.

Third, big money does not care about bitcoin. From conversations I’ve had with people in the money management space, it seems most “institutional investors” have put no money into the markets. Of those that have any bitcoin, they’ve set aside a relatively small portion of their portfolios into it—enough to boost their returns if bitcoin succeeds, not enough to hurt their portfolios if it fails. In fact, only recently has bitcoin seen serious inflows from large investors—though it’s probably from private investors, hedge funds, and family offices, not institutions.

Fourth, bitcoiners tend to have more money and financial savvy than most people, based on numerous surveys. They’re also younger, on average. These are exactly the types of people who will suffer the least during the coming economic downturn.

Bitcoin is not a mainstream asset. As a result, it’s insulated from the turbulence.

What do we do now?

We just need to HODL tight, use bitcoin as we need to, and stack a few sats when we have money to spare. Expect political fallout from the global Coronavirus response, along with financial problems and civic unrest.

Some people will use bitcoin and altcoins as a peaceful form of protest. Or, possibly because they’re so mad at the traditional financial system they opt-out of it. To understand why I see that possibility, read my post from last month, Inflations Won't Make Bitcoin Moon Bailouts Will.

We now have a slew of decentralized financial platforms and non-bank commercial networks built with cryptocurrency in mind. Bitcoin’s Lightning Network continues to improve and there’s no lack of investment into the infrastructure necessary to leverage bitcoin’s blockchain for real goods and services.

The technology is not quite ready for mainstream usage yet, but if things get much worse, it might have to be.

On April 8, 2020, I sent a longer, more detailed version of this post to subscribers of my newsletter, Crypto is Easy. As the overall financial picture remains unchanged, the perspective above remains unchanged. For the full, unabridged version and the brief podcast that accompanies it, visit the original post.

Mark Helfman is editor of Crypto is Easy and a top writer on Medium for bitcoin and investing topics. His book, Consensusland, explores the social, cultural, and business challenges of a fictional country that runs on cryptocurrency. In a past life, he worked for U.S. House Speaker Nancy Pelosi.

Related Stories
Subject Matter
Earn Crypto Rewards Monthly by @Mysterium Network
#promoted
Bitcoin's Market Cycle Peak is a Lot Closer Than You Think by @MarkHelfman
#bitcoin-price
What I Learned From Ten 101 Courses During Lockdown by @alizakr
#learning
I Converted To Docker for Containerization and Haven't Looked Back by @zachflower
#docker
Django Tutorial: Creating a Range-Slider Filter by @mmtechslv
#django
Analyzing Blockchain Business Models by @gcuofano
#business
Using An Existing Blogging Platform vs Building A Blog From Scratch by @catalinmpit
#developer