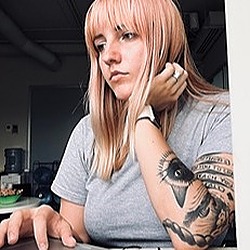 KYC/AML policy has been the basis for regulating the assets of financial companies for quite a long time in many European countries as long as in the USA, Japan, and South Korea. Moreover, these requirements are unified internationally. The launch of such practices means that cryptocurrencies and their matter in the global financial market are finally recognizable.

What is now happening globally?

The Fifth Directive of the European Commission Against Money Laundering (AML) was issued in July 2018, it deals with the regulation of cryptocurrencies. New rules are more strict, due to ensuring the transparency of transactions conducted by anonymous parties using cryptocurrency trading platforms. EU member states are required to implement the amended rules in their national laws no later than January 20, 2020.
This June, the Financial Action Task Force on Money Laundering (FATF) Development Group published the final version of recommendations for the regulation of cryptocurrencies and the activity of cryptocurrency services operators. It is proposed to oblige cryptocurrency service providers (VASPs), including cryptocurrency exchanges, to follow AML and Counter-terrorism Financing (CFT) procedures are quite similar to traditional financial companies. Сountries that are members of the FATF must bring the legislation in line with the new recommendations, and the local VASP needs to debug the transaction tracking process until June 2020.

Many countries have already added the appropriate changes to their laws: ahead of the rest, we have Belarus, Great Britain, Germany, Canada, Netherlands, Thailand, Finland, Switzerland, South Korea, and Japan. Russian authorities have also repeatedly noted that they will regulate the cryptocurrency market joint with the FATF.

Summarizing, we can say that cryptocurrencies are a subject to the transparency standard that governments are striving to set for the entire financial sector.

One of the most important statements in FATF recommendations is the obligation of cryptocurrency services operators to transfer information about clients’ transactions of funds. At the same time, this information includes both transfers in fiat and cryptocurrencies. Mainly, we are talking about KYT (Know Your Transaction), which includes checking the client's cryptocurrencies for involvement in criminal schemes.

To fit this requirement, cryptocurrency services operators will have to create a database of customers.

Quite a similar situation was in 2016 when traditional finances by the international SWIFT system started forming the global KYC registry.

All cryptocurrency platforms and exchanges need to “change some rules” to fit new requirements:
It is worth noting that even decentralized exchanges such as IDEX is a clear example of fulfilling the requirements and introducing a mandatory verification of all users.
Representatives of the platform referred to a statement by Brian Quintans, a member of the US Commodity Futures Trading Commission (CFTC), that developers can be held accountable for illegal operations carried out by third parties using their smart contracts.

At the same time, traditional cryptocurrency exchanges have new competitors created by large corporations. What is important, such exchanges much easier can get the approval of state regulators, and therefore it is easier for them to establish cooperation with some partners from traditional finances, primarily with banks.

The most famous example is Bakkt, it is owned by Intercontinental Exchange (ICE), the operator of the New York Stock Exchange (NYSE). The platform received all the necessary work licenses from the US Commodity Futures Trading Commission (CFTC).

Another similar example is the fully regulated Boerse Stuttgart Digital Exchange (BSDEX), launched by Börse Stuttgart (SWB), second Germany's largest exchange for the trading volume.
Potentially, they can “squeeze out” the usual exchanges and occupy the bulk of the market, attracting new large institutional clients at the same time. In other words, they can become major players at a new stage in the development of the entire cryptocurrency industry.
On the other hand, there is an expectation that the resistance of a part of the cryptocurrency community to the trend towards transparency and deanonymization can stimulate the development and distribution of truly decentralized exchanges (DEX), which at the moment have not gained mass popularity due to the complex interface. True, there is a possibility that the creators of such sites can also be held accountable for facilitating money laundering, as the developers of the same IDEX referred to.

The need for tracking transactions in the blockchain, together with a check of involvement in criminal activity, contributed to the development of many services, which can help in solving this problem.
For example, EXMO partnered with the world-famous company CipherTrace. The system monitors cryptocurrency flows and assigns 1-10 risk level to wallets, depending on whether this address was received or sent by funds that were previously seen in use by drug stores, terrorist organizations, scam projects or mixers.

There are about 20 similar projects on the market. Both government agencies of various countries and cryptocurrency exchanges turn to get help from such services. Moreover, the sites which belong to SBI Holdings and Rakuten also such.

Many venture investors see prospects in the development of these projects, for example, CipherTrace attracted $ 15 million investment from Galaxy Digital by Mike Novogratz, Aspect Ventures, Neotribe Ventures, and WestWave Capital in early 2019.
So shortly we can expect further development of such services and the distribution of their services at different sites working with cryptocurrencies. At the same time, their influence on the industry will grow.

Blockchain transactions are more transparent than may seem

Governments of many countries are working on their system for tracking and identifying currency transactions in the blockchain. At the G7 summit in July, U.S. Treasury Secretary Stephen Mnuchin argued that the U.S. in 2019 they had enough sophisticated transaction scoring methods to begin the second phase of legislative regulation of decentralized finance.
And the United States Drug Enforcement Administration (DEA) said that they are happy that cryptocurrencies are used by drug dealers a year ago, as this simplifies the process of tracking illegal transactions.

Curiously, last year Edward Snowden submitted secret documents according to which the US National Security Agency has been tracking bitcoin owners since at least 2013.

ZCash team also claimed that with some additions they can meet the requirements while maintaining the anonymity of transactions.

It is worth noting that according to CipherTrace’s study during the first half of 2019, criminals mostly prefer Bitcoins to any anonymous cryptocurrencies since anonymous crypto has more limited options to Buy and Sell. So, talking about illegal trading, Bitcoin is used in 76% of cases, and ransomware viruses - in 98%.

Probability of a banning cryptocurrency ATMs and mixers

Over the past 3 three years, the number of cryptocurrency terminals has grown worldwide in 6 times. But increasingly, authorities are talking about their use for illegal purposes. Spanish police believe that Bitcoin ATMs are widely used for illegal drug payments since they are not spelled out in EU AML rules.
In Canada, the mayor of Vancouver has already proposed banning crypto machines. The local police department notes that criminals can easily establish their crypto machines and use them to launder money. And in Russia, crypto machines were seized in 6 cities at the request of the Prosecutor General and the Central Bank last year.

Also, cryptocurrency mixers are often considered as laundering agents. These are online services that can increase the degree of anonymity in working with cryptocurrency, complicate or make it almost impossible to track transactions in the system.

In early 2019, LongHash website noted that the number of anonymous Bitcoin transactions using mixing technology increased 4 times during the last 9 months. Mixers periodically close in Europe. There are cases when such services decided to close on their own. There were even allegations that North Korea used them to circumvent sanctions.
Moreover, according to Chainalysis, only a small amount of bitcoins passed through mixer services is used for illegal purposes. 8.1% of coins in the mixers were stolen, and 2.7% were used to make transactions on the darknet, another 1.9% are transferred from gambling sites, which may be considered illegal depending on the jurisdiction.

The subtleties of laundering via cryptocurrencies

According to the statement of Rob Wainwright, the head of Europol, at the end of 2018, money laundering through cryptocurrencies accounts for 3-4% of all shadow finances (approximately $ 4-5 billion) in Europe.
At the same time, cryptocurrencies are becoming less attractive to criminals. For example, according to a study by the RAND Center for International Security and Defense Policy of the American corporation, digital assets are not threatened as a tool for financing global terrorism, because it “does not provide proper anonymity, it has limited real-life applications, transactions are unsafe, the turnover is negligible, and crypto exchanges are constantly suffering from hacking.”

Taking into account the main values ​​and ideas of blockchain technologies - anonymity, freedom, and non-control over the movement of financial flows, I think everyone understands that the compliance with KYC/AML is perceived ambiguously in the crypto community. Also, full compliance with these requirements often entails significant additional costs for companies, and after that, a decrease in resources aimed directly at development.

Market players are aware of the reliability of the site increases, as well as the security of all operations and customer funds, the level of fraud in the industry decreases, and additional security guarantees are provided to users.

Moreover, withdrawals of funds from illegal activities are prevented in real life (such as drugs, child pornography, and more). There is no need in saying that banks, brokers and other representatives of the traditional financial industry are much more willing to cooperate, which forms a favorable environment for the development of new areas of fintech related to cryptocurrencies, such as banking, insurance, and loans.

Of course, the issue of transparency and full accountability in the modern world is perhaps one of the most controversial.

However, the positive consequences of introducing AML requirements into the cryptocurrency industry may eventually lead to an unconditionally positive transformation of the entire financial system.

#Mythbusting and Explanation of the Fifth Anti-Money Laundering Dir...