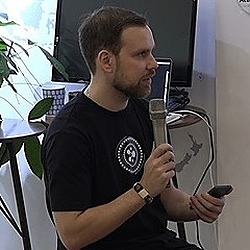 I’m sure you have all been inundated with news about facebook’s Libra Coin and everyone has given their opinions. So I thought it only fitting that I give you all a run down of what the project actually is and what this means for us all. I’ve gone through the whitepaper, technical paper and many other documents and articles to bring you an in depth look at this project.

Facebook have decided they want to solve one of the world’s problems which is bring finance to the 30% of the population which have no access to it. Now this isn’t exactly solving world poverty, but it seems like they want to take a big chunk out of problem. They want to do something that the UN, world powers and many millionaires and billionaires have been unable to do.

They are creating a global currency called libra which “is as easy and cheap to use as sending a text message”. It will be accessible by smartphone, and in all intents and purposes will be a new type of stable coin, I say new type because it will be backed by real world assets, but these assets will be a myriad of different bank deposits and short term government securities, so it won’t be tied to one specific currency, but rather the USD, EUR, JPY, and GBP. This will give it lower volatility to most cryptocurrencies but it will have minor fluctuations compared with local currencies. Any asset will need to be universally recognized across jurisdictions, this means that it can’t be traded for only one currency or in one location.

Now the blockchain behind it is written by Move, a new language facebook has designed, attempts to solve 2 of the 3 problems of the scalability trilemma, that is scalability and security, and promises to complete the third within 5 years, being decentralization.

It will use the BFT Consensus, stating that in essence, it will have better performance than PoW as the driving factor for choosing it. The best part in my opinion is that the specific type of BFT they chose is called ‘HotStuff’, although they have varied it slightly. As part of this, it means validators (nodes) will be able to join the network and sync without having to download the entire blockchain history.

One interesting point is that they won’t be building a blockchain in the traditional sense as “the Libra Blockchain is a single data structure that records the history of transactions and states over time”. Basically it can do this since it is running a permissioned network and will not need to group transactions and timestamp them for authentication purposes. So they use a single Merkle Tree and are not an actual blockchain, so it seems strange that they keep calling it a blockchain, since there is no chain of blocks…

So in summary, the Libra Blockchain is conglomerate of technology from different existing blockchains. It takes the anonymity of bitcoin, the permission structure like Hyperledger, The on-chain governance like Tezos, the gas of Ethereum, the burning of Binance, the disposable ledger like Coda, and a launch structure like EOS, where it will work out many core issues as it goes. But to top it all off, Hedera, a blockchain company took out an ad in the Wall Street Journal this weekend just to thank facebook for flattering them by copying their governance model! Facebook also have been accused of copying their logo from Online Banking company, Current! Surely a unique logo is the easiest thing to come up with, I mean compared to creating a complete blockchain global currency solution.

But I have so many questions and concerns. I wonder just how robust the Move Language is since it is brand new and has no wide scale adoption. They do have a few unsolved problems, like the storage growth issue.

They even appear to not be confident about a solution to scaling according to this post, besides the rules for validators, decentralization, and the on-chain governance.

There are still a lot of vague promises, like low fees, transition to permissionless network and anonymity, but the Calibra wallet states all users will be verified by government issued ID, and it sounds like they will be the only wallet for some time, so…..

Also they really have created a very centralized global currency which has taken control out of the banks and governments hands, and put it into someone who many would see as even less trustworthy, the tech giants of this world, who are blatantly profit driven. There are two types of prisons in this world, one where you can see the bars and touch them, and then there is the other where you can’t see the bars and don’t know you’re in prison, and this is the most dangerous.

Someone raised a good point that this whole project could be a front for facebook to throw all their large profits into crypto that they control meaning that no government will have control of it.

Upon launching in 2020, the Libra Blockchain will consist of 100 validators who are using their current reputation as the trust basis for them running the network. They currently consist of organization like Mastercard, Visa, Paypal, Stripe, Evay, Facebook, Uber, Spotify, and Vodafone. But they do also include a few blockchain companies such as Coinbase.

These organizations will make up the Libra Association based in Switzerland for neutrality which in essence, will be the only group who can mint and burn Libra coins. Just on this point, the whitepaper states that whenever a deposit is made into the reserve, then new coins will be minted, and whenever an asset is withdrawn from the reserve, the respective coins will be burnt to keep the Libra coin value steady.

So the Association will also be able to make, supposedly any changes they want as long as they receive a 2/3rds majority. It was also stated that Facebook will for the immediate future, hold a leadership role in this association.

In addition to the Libra coin, there is a second token to be created called the ‘Libra Investment token’, which will be sold to a select audience, i.e. the founding members as their stake in the network. Each of these members invested at least $10 million to be a member and receive this token. Nonprofits are the only organizations that can partake in governance without committing the minimum $10 million.

However, any one representative can hold a maximum of 1 vote or 1% of total votes, whichever is greater. This is done to minimize the amount of control any one member has. Now they say that the interest earnt on the Libra Coin collateral, the reserve will go to investment token holders. But how are they going to earn this interest if the assets are locked away in a reserve? Generally speaking, interest is only earnt if a financial institute can use those funds to invest elsewhere…?

They claim to minimize this risk of value drops or lack of liquidity by ensuring all assets are short date securities issued by governments.

Who is to win/lose with this?

Well obviously this will be taking control out of the hands of the banks and the traditional finance industry. They seem to be taking notice too, the US Senate Banking Committee have already scheduled a hearing about this in July, US Lawmakers are also calling for a stop to this, while European governments are publicly sharing concerns and fears about this, with a call to the central bank governors in Europe to compile demands for facebook.

The tech giants and founding members will be the ultimate winners in this new system, in my mind they will become the banks of the future, or as a german official stated,

“A shadow bank”. Facebook has never been popular with their use and security of personal user data, so is this just a facade for them to mine even more data about how we use our money?

Or maybe they simply want to hide behind the skirt of a decentralized network where no one has responsibility for managing the data.

What does this mean for blockchain?

Well, since every facebook and whatsapp user will soon have access to this wallet and coin, it inherently means that all those who have no idea about blockchain and cryptocurrency, will have it forced upon them.

This isn’t a bad thing, in fact, this will bring blockchain tech to billions of people around the world. So it should fuel adoption, but what type of adoption?

It will also encourage the spreading of cryptos like Libra through marketplaces like Ebay. Once the finance industry realizes they can’t shut this down, they will be forced to either adopt it, or increase the incentive for users to keep using them in order for them to keep their relevance in the industry.