Exposé: the source of crappy tokenomics 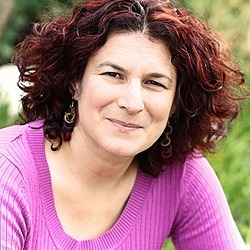 Usually, when someone tells us they haven’t figured out the tokenomics model for their ICO whitepaper, it turns out they are simply trying to do something illogical. They had discussed it internally and someone heard something from someone and repeated it, and like the broken telephone game, by the time they called it “tokenomics”, it made no sense.

Originally, I thought the problem was derived from intelligent software engineers who were afraid to admit that what the crypto-fanatics were saying was illogical, for fear of seeming stupid. Because they could not understand the non-math being pushed by crypto-fanatics, and they didn’t want to appear dumb, they repeated the same approximate phraseology to clueless CEOs, who, likewise didn’t want to appear stupid, and thus a delusion was born. After a while, I told myself, people would figure it out.

Yet, months later, people were still telling me the implausible story that because there were limited issues of their tokens, the value would go up. Despite my infamous toe-fungus analogy, the story still continued to circulate that limited supply meant ever-rising value, and that if the supply wasn’t limited enough, one could burn them until there were even fewer. Nobody could explain why someone would want even one of the tokens, except that they were limited! If someone doesn’t want one token, I wondered, why would many people want thousands of them? At this point, I thought that perhaps scammers and speculators were propagating this myth, and while, indeed they were, the average person just isn’t that stupid. The average founder is even less stupid, so how was this unproven mythology continuing to spread like toe fungus?

No, this wild invention must come from people who are known for twisted logic. It must come from a source so adept at hindquarter protection that they could make anything sound rational. Most importantly, to concoct this potion, the inventors must come from a tribe that generally scorns the laws of basic mathematics. In other words… these increasingly horrid tokenomics must come from…

Lawyers. Now, I have nothing against lawyers. Some of my best friends are lawyers. But lawyers are not mathematicians, and they are not economists or central bankers. Lawyers should not be doing tokenomics consulting. Really. Really really.

Once upon a time, to get into business school, I had to do one of those standardized tests that had a “logic” section on it. That was the hardest section for me. Usually, I test well on everything. I love filling in those little bubbles. I took a lot of math in college and was forced to code in Pascal and Assembler. I think that gives me some logic background, but the logic they had on that test, wow. I had to learn a whole new definition of logic. The people who came up with that branch of logic must have been philosophers and lawyers.

Yet lawyers are making up tokenomics models left and right, and nobody understands them.

You know what’s crazy? Whenever untwist the logic their lawyers made, founders always say the same thing: “That makes sense.” Maybe I am simple, but when I explain tokenomics to people, they say it makes sense.

I used to send clients to tokenomics experts who can build their token models, but I stopped doing that. You know why? Because one of my clients told me that the tokenomics experts did a great job, but the users of the token would never understand it, so they had to go with a simpler model.

Guess what? The success of your token is dependent on your user base, so if your tokenomics are too complex to understand, the token goes out of circulation. That makes sense, too. Maybe theoretically there are some amazing tokenomics models I am writing off, but that’s potentially wise. Nobody will use a token if they can’t understand how it works.

But this lawyer thing, I can’t get it out of my mind.

You know why? I still tell everyone in the industry that they need a lawyer and they should listen to their lawyers. That’s true. Everyone issuing an ICO should have a great lawyer to keep them covered. There’s only one problem with that.

So far, the lawyers haven’t kept them covered.

Lawyers, whose main job is to protect their clients, have not protected us as an industry. The SEC has issued hundreds, if not thousands, of summons’ to people who have fantastic (or at least fantastically expensive) lawyers. These lawyers failed to do the basic math. They also failed to predict the future, because lawyers can only do “precedent”. They can’t do “antecedent”. Lawyers don’t have training as futurists, prophets, economists or mathematicians.

I’m extremely concerned with listening to lawyers about tokenomics because, so far, lawyers have failed to keep us out of trouble with the authorities. If they had created twisted tokenomics but at least covered our hindquarters, there would be an argument for sticking with them. But they haven’t. They put our colleagues in danger. Some of the most important pioneers in this industry are now spending enormous sums on even more lawyers to get them out of the bind that lawyers got them into in the first place.

It’s time for us as an industry to set standards of what changes we need to see in the law for this industry to succeed. Because following precedent is choking us to death.

By definition, lawyers they work based on an assumption of a centralized world in which the authority dictates what you can and can’t do. By definition, they work by analyzing the past, not projecting to the future.

In centralized world, you can’t have a Decentralized Autonomous Organization. A DAO does not make legal sense. In almost every jurisdiction, there is no structure for that type organization. One DAO leader told me that the moment she dreads is the one where someone asks where to send an invoice. They have had to create multiple legal entities in multiple jurisdictions, so at this point just trying to abide by the law has become a huge burden.

As an industry, we want to abide by the law. We don’t want to get in trouble, and moreover, we don’t want to do anything wrong. We aren’t trying to avoid taxes or our responsibility to society.

Yet, if we do everything according to today’s most conservative legal rules, we will rapidly strangle ourselves. We will end up in more trouble than if we set some standards for ourselves, and stand together to get them implemented.

It’s time for us to hire lawyers to change the law, not to run away from it.