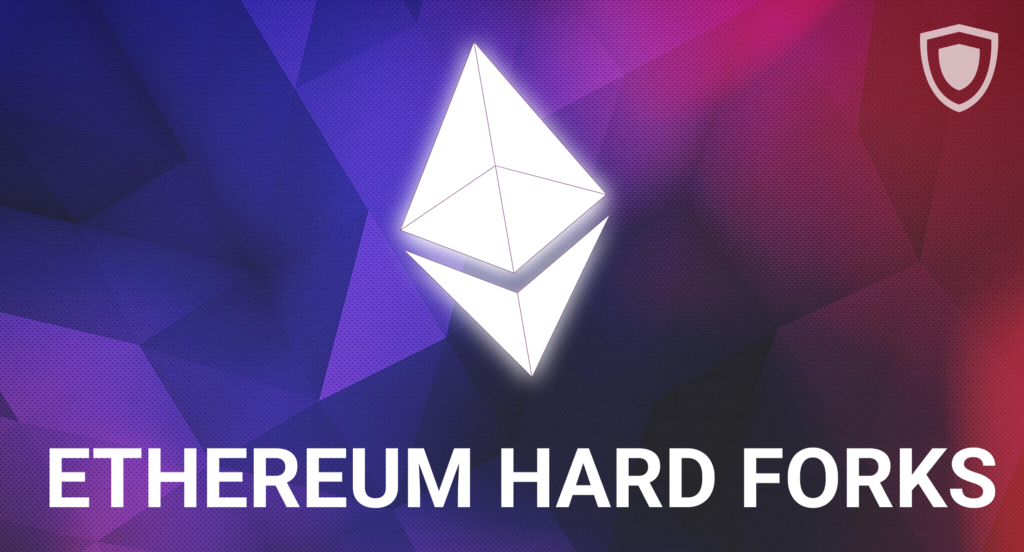 The beginning of 2019 is marked by some major events in the cryptocurrency space. One of the happenings that received the most media coverage is the upcoming hard fork (radical protocol upgrade) of Ethereum network.
Hard forks are not at all uncommon in the blockchain world — if you remember last year well, we have received a lot from the Bitcoin Cash upgrade that resulted in a chain split.

Ethereum has gone even further, performing not one but three upgrades one after the other. Now, let’s discuss the changes in a little bit more detail.

There are three hard forks for Ethereum planned this January:

Why do Ethereum hard forks happen?

Ethereum was in decline for a while last year, so developers were trying their best to find the causes for such a drastic decline. As they have found out, the blocks were being very slow — to the point of extreme difficulty in mining. Due to this, the team has to update the network’s technology regularly. There already was an Ethereum hard fork leading to the creation of Ethereum Classic (ETC) — some of the participants did not agree to reverse transactions. Drastic or not, the development is needed. This is why Guarda Wallet always supports the novelties of each network we work with.

Ethereum Classic Vision will be a currency created after the fork scheduled for the 11th January 2019. The new coin will combine the features of both ETC and ETH.

First of all, the costs of mining will lower significantly comparing to Ethereum. Also, the feature of ETCV staking will be implemented. Staking is a protocol allowing long-time holders of currencies earn passive income and help in the network development.

Ethereum Classic Vision will surely remain truly decentralised. Besides, ETCV will be fast (more than 10000 transactions per second) and its DApp platform will feature back-end and front-end development tools.

On the 12th of January 2019, another Ethereum hard fork is going to take place. Each ETH holder will get an equal amount of ETN (Ethereum Nowa) in their wallets. The plans of this branch are quite, so to say, extensive — in 2019, Ethereum Nowa plans to launch desktop and mobile wallet, blockchain messenger as well as a decentralised exchange.

Possibly, the most significant of all three Hard Forks on the list, Ethereum Constantinople is scheduled between 14th and 18th January 2019. The fork is expected to build 7080000 blocks that will help to improve the work of the network significantly. The underlying Proof of Stake transition (a.k.a. Casper update) is going to make Ethereum great again (pardon, we mean faster, cheaper and more efficient). No new coins are expected from this upgrade, as it mostly aims at improving the existing protocol.

What is going to happen after the forks?

Cryptocurrency experts predict a period of Ethereum volatility after the changes are implemented. Every upgrade, especially if it as radical as the ones mentioned above (the PoS transition, for example), brings risks to the table. However, the developing team of Ethereum is still very dedicated to performing the Constantinople upgrade.
As for the forked coins, time will tell indeed.