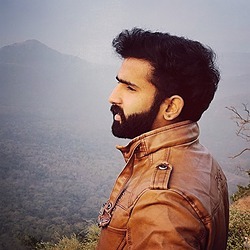 I am Python developer and a Data Science Enthusiast. A technology freak who loves to write!!

Drowsiness detection is a safety technology that can prevent accidents that are caused by drivers who fell asleep while driving.
The objective of this intermediate Python project is to build a drowsiness detection system that will detect that a person’s eyes are closed for a few seconds. This system will alert the driver when drowsiness is detected.

In this Python project, we will be using OpenCV for gathering the images from webcam and feed them into a Deep Learning model which will classify whether the person’s eyes are ‘Open’ or ‘Closed’. The approach we will be using for this Python project is as follows :
Step 1 – Take image as input from a camera.
Step 2 – Detect the face in the image and create a Region of Interest (ROI).
Step 3 – Detect the eyes from ROI and feed it to the classifier.
Step 4 – Classifier will categorize whether eyes are open or closed.
Step 5 – Calculate score to check whether the person is drowsy.
Now before starting with Prerequisites, Datasets and Model Architecture, If you are newbie I will suggest you to refer this Python Master sheet to Learn all necessary concepts of Python Programming language.

The requirement for this Python project is a webcam through which we will capture images. You need to have Python (3.6 version recommended) installed on your system, then using pip, you can install the necessary packages.

The dataset used for this model is created by us. To create the dataset, we
wrote a script that captures eyes from a camera and stores in our local
disk. We separated them into their respective labels ‘Open’ or
‘Closed’. The data was manually cleaned by removing the unwanted images
which were not necessary for building the model. The data comprises
around 7000 images of people’s eyes under different lighting conditions.
After training the model on our dataset, we have attached the final
weights and model architecture file “models/cnnCat2.h5”.
Now, you can use this model to classify if a person’s eye is open or closed.

The model we used is built with Keras using Convolutional Neural Networks (CNN). A convolutional neural network is a special type of deep neural network which performs extremely well for image classification purposes. A CNN basically consists of an input layer, an output layer and a hidden layer which can have multiple numbers of layers. A convolution operation is performed on these layers using a filter that performs 2D matrix multiplication on the layer and filter.
The CNN model architecture consists of the following layers:
The final layer is also a fully connected layer with 2 nodes. In all the
layers, a Relu activation function is used except the output layer in
which we used Softmax.

Download the Python project source code from the zip and extract the files in your system: Python Project Zip File
The contents of the zip are:

Let’s now understand how our algorithm works step by step.

Step 1 – Take Image as Input from a Camera

With a webcam, we will take images as input. So to access the webcam, we made an infinite loop that will capture each frame. We use the method provided by OpenCV, cv2.VideoCapture(0) to access the camera and set the capture object (cap). cap.read() will read each frame and we store the image in a frame variable.

To detect the face in the image, we need to first convert the image into grayscale as the OpenCV algorithm for object detection takes gray images in the input. We don’t need color information to detect the objects. We will be using haar cascade classifier to detect faces. This line is used to set our classifier face = cv2.CascadeClassifier(‘ path to our haar cascade xml file’). Then we perform the detection using faces = face.detectMultiScale(gray). It returns an array of detections with x,y coordinates, and height, the width of the boundary box of the object. Now we can iterate over the faces and draw boundary boxes for each face.

The same procedure to detect faces is used to detect eyes. First, we set the cascade classifier for eyes in leye and reye respectively then detect the eyes using left_eye = leye.detectMultiScale(gray). Now we need to extract only the eyes data from the full image. This can be achieved by extracting the boundary box of the eye and then we can pull out the eye image from the frame with this code.
l_eye only contains the image data of the eye. This will be fed into our CNN classifier which will predict if eyes are open or closed. Similarly, we will be extracting the right eye into r_eye.

Step 4 – Classifier will Categorise whether Eyes are Open or Closed

We are using CNN classifier for predicting the eye status. To feed our image into the model, we need to perform certain operations because the model needs the correct dimensions to start with. First, we convert the color image into grayscale using r_eye = cv2.cvtColor(r_eye, cv2.COLOR_BGR2GRAY).
Then, we resize the image to 24*24 pixels as our model was trained on 24*24 pixel images cv2.resize(r_eye, (24,24)). We normalize our data for better convergence r_eye = r_eye/255 (All values will be between 0-1). Expand the dimensions to feed into our classifier. We loaded our model using model = load_model(‘models/cnnCat2.h5’) . Now we predict each eye with our model
lpred = model.predict_classes(l_eye). If the value of lpred[0] = 1, it states that eyes are open, if value of lpred[0] = 0 then, it states that eyes are closed.

Step 5 – Calculate Score to Check whether Person is Drowsy

The score is basically a value we will use to determine how long the person has closed his eyes. So if both eyes are closed, we will keep on increasing score and when eyes are open, we decrease the score. We are drawing the result on the screen using cv2.putText() function which will display real time status of the person.
A threshold is defined for example if score becomes greater than 15 that means the person’s eyes are closed for a long period of time. This is when we beep the alarm using sound.play()

The Source Code of our main file looks like this:

Let’s start our project and see the working of our project. To start the project, you need to open a command prompt, go to the directory where our main file “drowsiness detection.py” exists. Run the script with this command.
It may take a few seconds to open the webcam and start detection.
Example Screenshot:

In this Python project, we have built a drowsy driver alert system that you can implement in numerous ways. We used OpenCV to detect faces and eyes using a haar cascade classifier and then we used a CNN model to predict the status.
If you liked the Intermediate Python Project on Drowsiness Detection System, do share it on social media with your friends and colleagues. For more interesting Python projects please refer - 14 Cool Python Project with Source Code!!