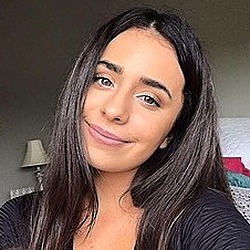 Alexa Josh is a serial entrepreneur who has founded multiple successful in businesses .

It is a special form of the node used to verify transactions on a network. It is different from other options because it has governed voting rights and is known for more private and instant transactions.

However, what sets it apart from other options is that some cryptocurrency rewards are specified only for owners of the specific masternode. An investor can even set several coins aside which will grant him a stable reward. It is just like the same way interest is paid on money kept in a bank which yields safe, stable and secure benefit.

1. THE CONCEPT OF MASTER NODE

You can perform instant transactions

You can even participate in governance as well as voting

It enables you to do budgeting and treasury system in cryptos

By seeing the above features, it is now clear that a full node is unable to achieve these things. Full nodes only keep a copy of the blockchain in real-time and you can’t perform an instant transaction.
Just like a full node, a master node keeps a full copy of the blockchain on an instant basis and enables a fast and secure network for the whole community. For you to set the master node of a listed coin, you need to do collateral. It requires you to put some coins in the master node.
2. OPTIONAL PRIVACY
Transactions can be categorized into three different types.
Normal transaction – In these types of transactions the person remains anonymous like it is in Bitcoins. They come with default privacy settings which earns them the reputation of least expensive exchanges in the execution process.
Semi-confidential – Semi Confidential Transaction (semi CT) is used in this type of transaction. This is a privacy protocol developed by the core developer of Bitcoin Gregory Maxwell. It lets you make transaction amounts visible only to the exchange members by default or you can assign it to some people who can see it. Being semi-confidential means that its details are still available on Maxwell’s original investigation protocol. It is costly than normal transactions but is less expensive than full CT transactions.
Full CT – Crypto note’s ring signatures and Maxwell’s Confidential Transaction protocols are combined to achieve full CT privacy protocol. In this protocol, both the amount of transaction and the identity of the sender are kept private. Monroe made it famous because it is the highest level of security a crypto industry can offer you. It uses the highest level of the trusted protocol to ensure privacy. However, achieving more privacy means using more money for transactions. This makes Full CT the most expensive transaction option among the three.
3. TOKEN ESCROW BUILT-IN
Escrow is the process of doing transactions using smart contracts. It requires both buyer and seller to deposit their coins into a contract address. The money remains there until the project finishes. If none of the parties raises an issue, the payment is then proceeded as per expectations at the end of the project. However, if any party objects, the coins in the escrow get burned. You must know the fact that even if one partner raises an issue, the coins will burn without knowing someone’s consent. So, both parties’ mindset is going to affect. To solve the issue, new platforms to track the escrow were introduced to punish only the bad fish.
Generally, there are three types of algorithms for this purpose described below:

Proof of work – This is the first consensus algorithm used as an escrow. It is the core part of the Bitcoin protocol. The system enables real-time decentralized payment settlements. The main purpose of Bitcoin was to remove the need for centralized or middle parties from the transactions and POW was the first algorithm to achieve this. It is responsible for generating new blocks and on average after every 10 minutes a new block is mined. It helps to keep the network secure.

Proof of stake – POW was very expensive and maintaining it required more cost. Therefore, POS came as its substitute because it was more user-friendly. In this system what matters the most is the number of coins, you have kept. It is expected that if someone has a greater number of coins on stake, he or she will not break the framework and will play fine. POS squares are produced contrary to POW which was mined.
Delegated Proof of stake – Last but not the least comes DPOS. This system came as an alternative to both POW and POS. It was first developed in 2014. In this network, stakeholders outsource their work to other parties named as third-party. You can understand it more easily if I say that stakeholders appoint other people on their behalf who are supposed to keep the network secure.
Since the delegates are the witness of the transaction, they are responsible for the consensus required during the transaction. The voting power is still dependent on the number of coins held by each user. The system changes in different projects but the general rule is that in the voting process, every delegate presents individual proposals. This is the most secure system because the voting system depends directly on the delegates' reputation. If any delegate misbehaves during the work, he is expelled from the network and a new delegate takes over his job as a replacement.

DPOS vs POS:
In terms of stake holding, both the systems are like one another. However, DPOS is meant to be more democratic as delegates are elected by the stakeholders. The voters maintain the system so the delegates are expected to work honestly and efficiently. If he misbehaves, he is expelled on the spot making the system most secure of all. DPOS transactions are also faster in terms of cryptocurrency rewards and transactions per second than others.